Download Apple TV+ streaming contents to local drives as premium 720p or 1080p MP4 videos, with 5.1-channel audios and subtitles of your choice. 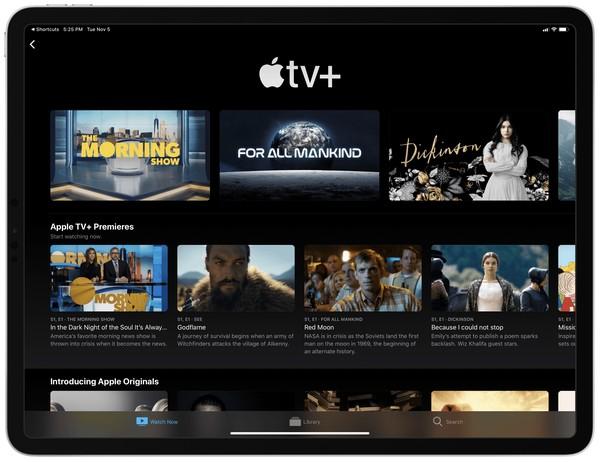 Apple TV+ is the company’s high budget and high-quality streaming service that offers you the content from the TV and Movie streaming arena. Even when the service was not launched with a huge content library, it has now been growing quite consistently.

Having understood the best features offered by Apple TV+, let us check out a few of the great movie and TV shows you can enjoy on Apple TV+. We will check out both the currently available and upcoming shows.

The show was released on April 16 and is narrated by Sir David Attenborough. It is a documentary that focuses on the national lockdowns that took place in 2020. It discusses the impact that the lockdowns had on the wildlife and the natural world around us. The movie talks about how the world changed amid the COVID-19 pandemic. It can be one of the best options for the best Apple TV originals. 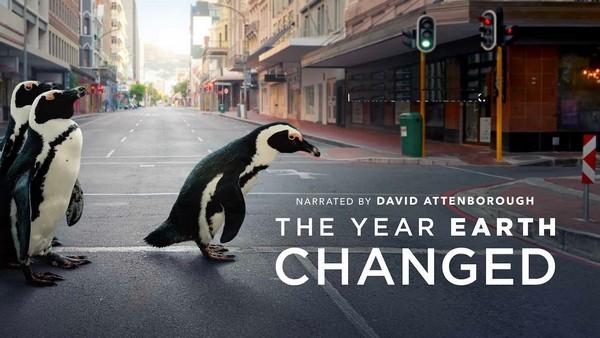 Dickinson is all about the life and times of the famous American poet Emily Dickinson. The comedy show offers you a comedic view into the life of the poet. While the first season was very much successful. The second season was launched in January 2021. 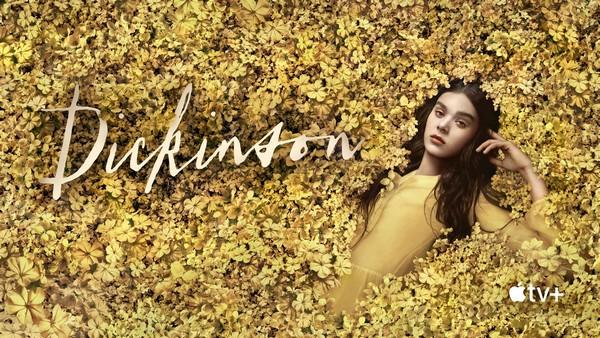 The See is an excellent option for enjoying a wonderful experience in terms of the post-apocalypse story. The drama is all about the world that is being wiped by a virus. There are a few survivors of the apocalypse but they have been rendered blind. The second season of the series is also on the anvil and will be released by the upcoming fall. 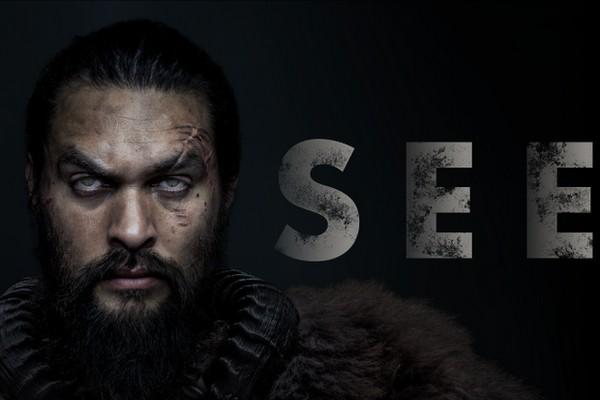 The series Ghostwriter is an adaptation of the popular TV shows of the days gone by – The Ghostwriter. The story follows four children. They have been made to come together as part of some design by a mysterious ghost. These children have been brought to a bookstore and they release fictional characters from the literary works into real life. The second season is coming up this summer. 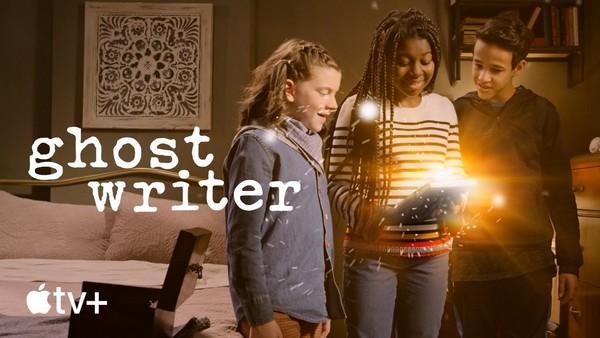 The Morning Show is a morning talk show and focuses on the lies of the people who help up America to wake up. The first season of the show is already on and the second season is under the shoots as of now. It is expected to be released in this summer and as been one of the most widely opted for Apple TV originals.

If you love the science fiction and space dramas, this one should be something you would find rather a great option for quenching your thirst for the best show you can ever think of. It talks about an imaginary global space race. It also discusses the impact that would have been if the global space race had not ended. The season 2 came on the air in February 2021 and the third season has already been ordered. 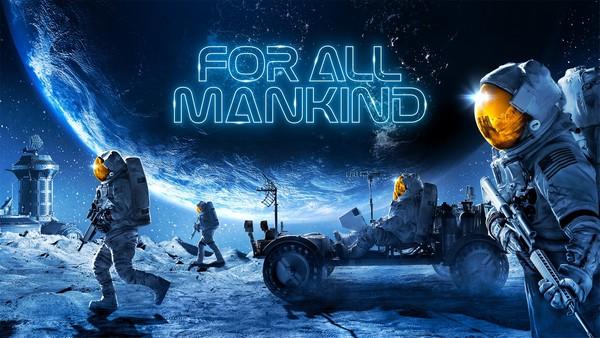 The Fraggle Rock: Rock On is a short-form series that airs every Tuesday. The series comes from the house of Jim Henson Company. The shorter episodes are not more than 3 to 5 minutes in length and they have been shot using an iPhone. The episodes are simply shot in the producer’s homes. 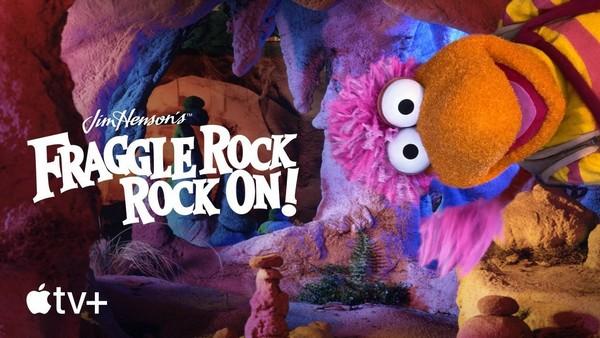 The show is premiering in May 2021 and offers you access to an eight part docuseries. The story revolves around the musicians and soundtracks that impacted the culture and politics in 1971. You can get a look into the lives ad works of the artists like Rolling Stones, Aretha Franklin, Bob Marley, Marvin Gaye, The Who, Joni Mitchell, Lou Reed, and more. 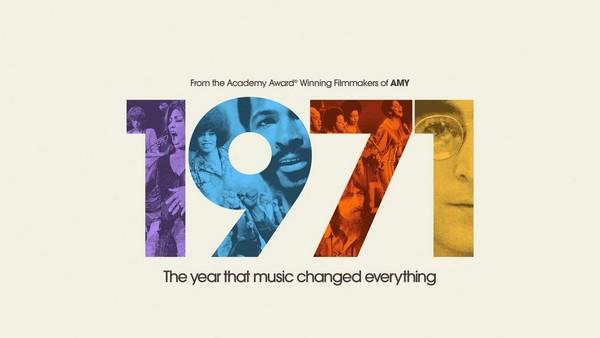 This is a seasonal anthology and focuses on the lives of the people who have learned to live with mental illness. The first season aired with 10 episodes and the second season is due soon. The series was treated as a captivating thriller. The story of the show revolves around the life of Billy Milligan who was acquitted of the murder charges due to multiple personality disorders. 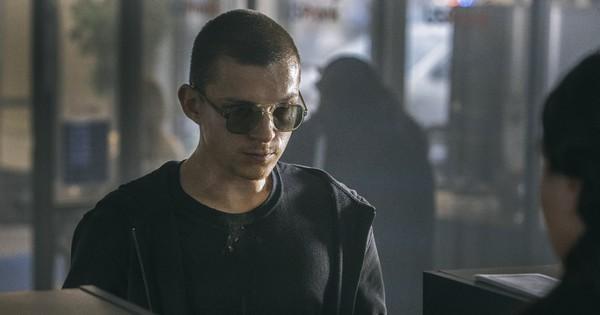 The Line is a podcast and TV show composition that is set to feature a six-part non-fiction podcast and a four-part limited documentary series. The movie tells the story of former Navy SEAL Eddie Gallagher. He was charged with a war crime in 2018 in Iraq. The series talks about the complicated realities of the decade long war. 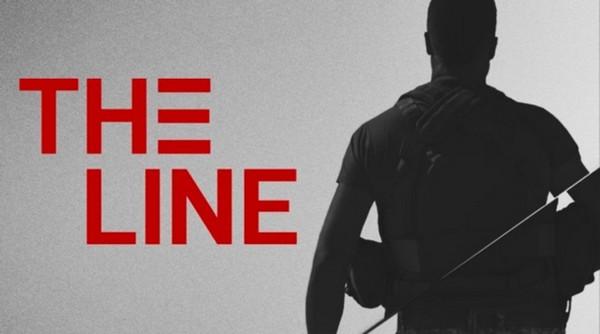 Watch the Sound with Mark Ronson is created as a six part docuseries. The series examines the creation of the sound and the technology used in how to shape the music. The series uncovers the untold stories of music creation. 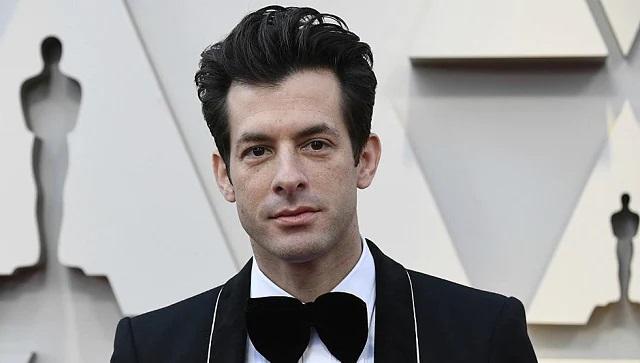 Apple TV+ lets you download the shows on its platform. If you have subscribed to Apple TV+ or even the Apple TV Channel, you can easily download the TV shows and movies included with your subscription. You can simply go to the info page of the show or channel and you should find the Download icon on the platform.

However, the downloads do come with a limitation. The  Apple TV original shows downloads may have expiry dates and a limitation on the number of videos that can be downloaded. That is where you would want to look for a third-party downloader for downloading your content. DVDFab Apple TV Plus Downloader should be one of the excellent options from that perspective for downloading the Apple TV originals.

What features do you stand to gain with the DVDFab Apple TV Plus Downloader? Here are a few features we found rather interesting – 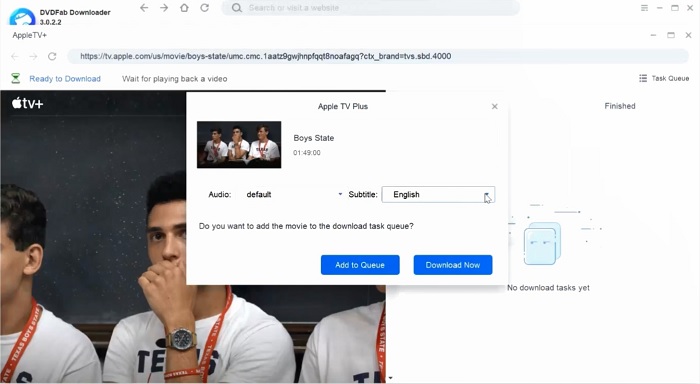 Apple TV + and Apple TV Channel service has been considered to be one of the excellent services for an enhanced and excellent service ever. The content available on the service can further make it one of the rewarding experiences ever for most of your needs.

If you are trying to find the best downloading options for the service, DVDFab Apple TV plus Downloader can be a perfect option for most of your requirements in how to download Apple TV originals. The simple to use functionality, high-quality download capability and the subtitle support are a few features that make it a great solution ever for downloading Apple TV original shows.

DVDFab Apple TV Plus Downloader is a streaming video downloader dedicated to helping Apple TV+ subscribers to download their favorite movies, TV Shows and the exclusive Apple Originals for unrestricted offline playback on any device they have, and anytime they want. Apart from premium video download in either 720p or 1080p, users can also download the audio tracks at up to 5.1-channel.