Download Amazon Prime Videos from its US, UK, JP or DE website, and choose your preferred language of subtitles, video quality between 720p and 1080p, and audios of 5.1-channel.

Summary: If you are confused by all the BBC streaming services of BritBox, BBC America and BBC Select. Check this article out, you will be no longer be baffled. You will be clear which you can choose according to your location, what is the pricing plans, what you can stream from the platform also where you can stream from it. Dive in to find more details.

Today you need not wait to put on your TV in order to listen to your favorite BBC radio or watch the popular BBC programs. All its programs and live streams can be caught on streaming services as well. Indeed, popular channels such as BBC Sport, BBC iPlayer, and BBC News are available online as well as on television. What’s more, you could even watch them on your mobile browser. With a subscription to the BBC streaming services, you get additional benefits as well. For instance, you can watch recorded versions of the video clips on these channels.

Section 1. BBC Streaming Services: How Many Are There?

If you are looking for the ideal BBC streaming service as per your region or country of residence, there are several options. You can visit the websites dedicated to BBC Sport, BBC News, and BBC iPlayer. These websites allow you to watch whatever is being streamed on television. You could also watch recordings and video clips of different programs. However, to catch live and on-demand shows you need to sign into a member account.

Once you have an account on the BBC website, you watch live as well as on-demand television shows. Since 2016, a law was passed that stated that viewers needed to hold a TV license for BBC iPlayer if they wished to watch programs that were shown live and were part of the on-demand shows.

You can also watch BBC Online on your desktop or mobile browser. However, it needs Adobe Flash Player 10.2 or recent versions as well as HTML5 support. Then only will you be able to view BBC Online or use the iPlayer. In certain cases, some shows are restricted to UK viewers only. Hence, if you are outside of the UK you would be able to access shows and programs that are intended for international distribution.

BBC Select is another new subscription-based streaming service that the channel has launched for the US this year. It is available via Amazon Prime as well as Apple TV. It includes a bouquet of program offerings on lifestyle, politics, and culture. 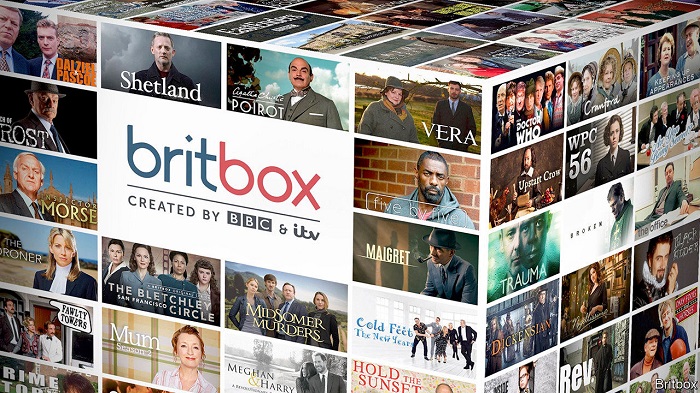 This is a recent streaming service, formed as a joint venture between BBC and ITV. It is mainly UK-based and will commission new programs as well as show popular TV shows, especially among the British audience. BritBox TV already has a presence in the US. It is doing well in the West where it has half a million and more subscribers.

As per ITV CEO, the vision behind forming BritBox was to showcase the best of the shows of this channel, that of the past as well as of the present. It will also help get investment for original content that will be in future programs. BBC management also agrees that this streaming service helps provide the best in homegrown content. Those who subscribe to it will enjoy old favorites, current shows as well as find new shows and programs to watch. 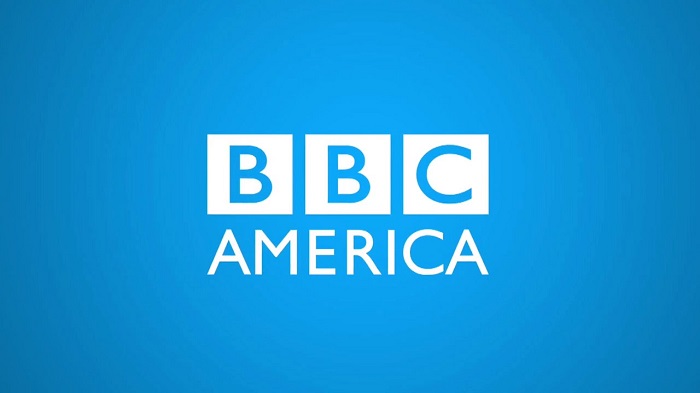 This is a cable-based network that is run jointly by AMC Networks and BBC studios. The channel focuses on films, action series, and sci-fi. It also includes select programs such as nature documentaries from BBC.

There is a difference between what is aired on BBC UK and BBC America. The latter does not get funding from the British BBC channel since as per its legalities, it cannot find channels outside the UK. Hence, BBC America streaming is primarily aired as a channel supported by commercials. It is also funded through subscription fees. Since 2018 it has been available for 87% of the pay-television audience and more than 80 million households in the US. 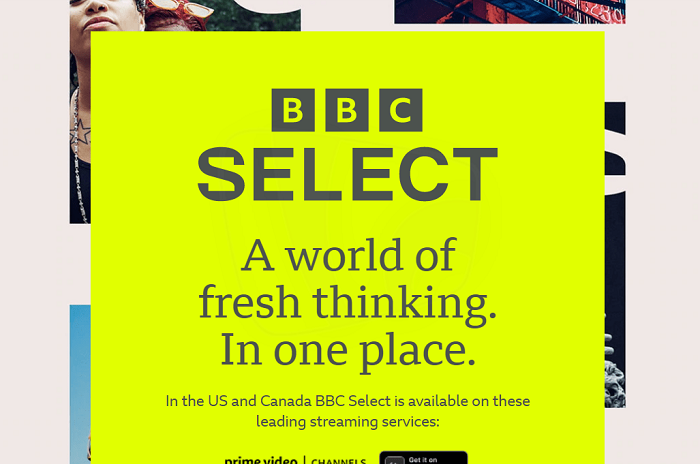 BBC Select is a streaming service targeted at the North American viewers’ market. It is a recent service, launched in February 2021. It is owned by the commercial arm of BBC, BBC Studios. It features factual programs as well as documentaries which were shown previously on BBC UK. It also includes shows from other British broadcasting channels such as Channel 4. You can access BBC Select through the Apple TV app as well as Amazon Prime Video. Prime makes it possible and convenient to stream content on television, on computers as well as through its dedicated app on mobiles and tablets.

Here is a comparison of the pricing plans of the three services:

With BritBox cost you can watch the following:

Hence, you can enjoy popular shows of the region such as Downton Abbey, Broadchurch, Love Island, Extras, Wolf Hall, and others. You can also check out original series such as the revival of the show, Spitting Image. It is akin to the Muppets, a satirical puppet show, as of the eighties. Most of the popular shows of the nineties can be found here including Agatha Christie’s Poirot. You can also binge-watch classic shows such as Mr. Bean, Doctor Who, and many others.

BBC America is a network service that is run jointly by BBC Studios and AMC Networks. The channel focuses on content such as action series, sci-fi as well as on films. You can even watch nature documentaries here, many revived from the archives of BBC. Popular TV show titles here include The Last Kingdom, Atlantis, The Musketeers, Orphan Black, Demons, The Watch, and many others.

BBC Select, the newest in the line of BBC streaming services, features programs that are unique for Canada and US viewers. You will find an impressive lineup of award-winning programs that cut across lifestyle ideas, politics, and culture. BirtBoxshows on this new streaming service include The Rise of the Murdoch Dynasty as well as The Fall of an Icon, based on the Myanmar politician’s life. You can also find several award-winning shows and films as part of the catalog of offerings here.

If you wish to watch on BritBox, you can do so on different devices, after you sign up for the service. You will find an app for the same on Apple TV, iPods, iPhone. You can also find the app for certain Samsung smart TVs as well as for Android phones and tablets.

To watch BBC America, you need to be part of the US market. It is a channel that has become available through pay cable television services since 2018. Hence, 80 million and more households across the US get access to this channel.

The easiest way to get access to BBC Select is through an Amazon Prime Video subscription. If you already have a subscription, you can access BBC Select content through it as well. This also makes it possible for you to watch content on BBC Select on your television, desktop as well as on your phone or tablet, via the app. It is also available via the Apple TV app for iOS device users. 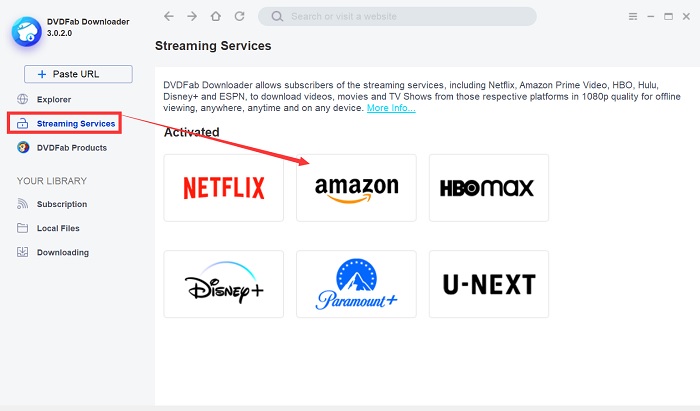 Here below are the steps to download Amazon Prime videos with this streaming downloader software. 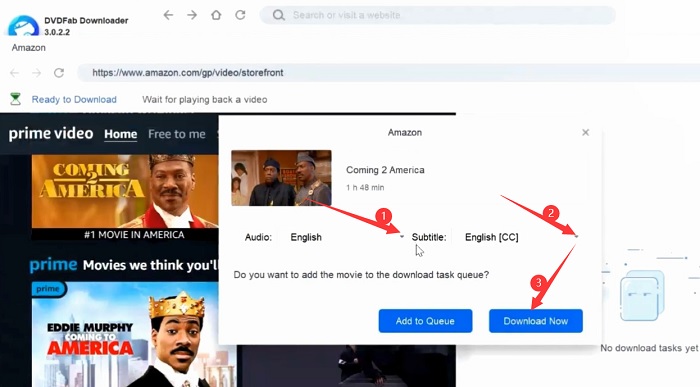 As you has seen here, downloading videos from Amazon Prime with this Amazon streaming downloader is quite easy that it almost requires no learning curves. But do be aware the downloaded MP4 videos can be in as high as 1080p resolution. If you want higher resolution like 4K, you can upscale 1080p videos to 4K for the downloaded MP4 files, using the AI-powered video upscaling software called Video Enhancer AI. 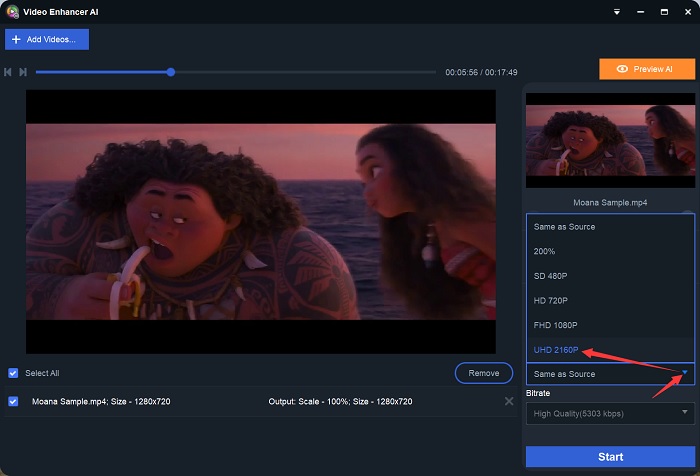 What’s more, you can also choose to burn the downloaded MP4 videos to blank DVDs and Blu-rays for collection purpose or if you want to watch them on your home DVD/BD player sometimes. And for that to happen, the DVD/Blu-ray authoring software called DVD/Blu-ray Creator can lend you a helping hand.

Extra Tips: the Amazon Downloader mentioned above is only one product module from the all-inclusive DVDFab Downloader pipeline, which also includes many other separately sold streaming downloaders that are tailored for other major streaming platforms out there, including but not limited to Netflix, Disney+, Apple TV+, Paramount+, HBO (Max & Now), Hulu and a lot more to come in the future versions.

BBC is considered a stalwart of British television and content. Today, you are no longer restricted to TV or cable subscription to watch the different channels of BBC. If you are part of the North American region, BBC America guarantees you exclusive content. At the same time, you can also access BBC Select, BritBox which are convenient streaming platforms for most BBC viewers. You can find dedicated websites for these services as well as apps for the same.

Indeed, whether you wish to watch the old shows or catch up on the new ones, there is something for everyone to watch. The different streaming services offer flexibility in terms of subscription plans and platforms where you wish to watch such content. Furthermore, apart from streaming BBC Select from your Amazon Prime account, if you also want to download streaming videos from your Amazon platfom, then DVDFab Amazon Downloader is there ready to help you with that.

DVDFab Amazon Downloader allows you to download the streaming shows and movies from Amazon Prime Video of your location. With the GPU hardware acceleration enabled, the download speed can be 2x faster than normal. What's more, you can also enable the Batch-Download mode to download up to 5 videos concurrently.