Summary: What to watch on Netflix? There are so many Netflix movies for your choice. Is Netflix the only option to watch movies and TV shows online? Of course not. There are a great number of competitors to Netflix. Among the numerous Netflix competitors, YouTube, Amazon Prime, Disney, Hulu, HBO are viewed as the most competitive video streaming websites. Do you think so? Here, let me compare such Netflix competitors with Netflix and help you choose the best subscription plan.

Welcome to this Netflix competitors analysis. How to choose the best Netflix competitor, so that you can watch favorite shows, including but not limited to Netflix movies online or offline? Focus on the region you are in, the content you like, the video streaming device you support, and the cost you can bear. Then make a decision by choosing Netflix or its competitors to enrich your spare time. 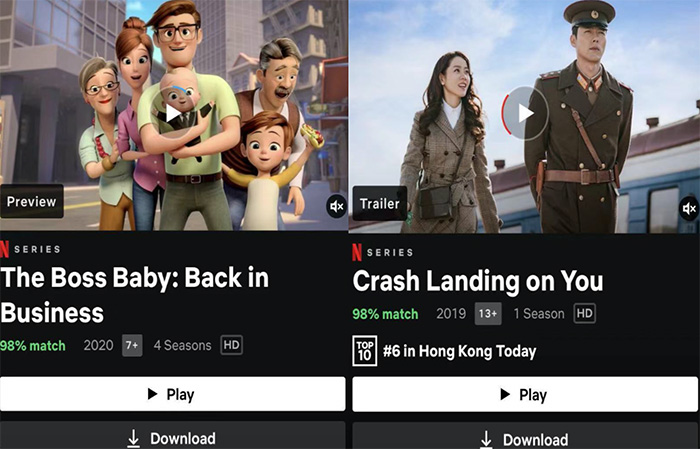 So much for the differences between Netflix and one of Netflix competitors – YouTube. 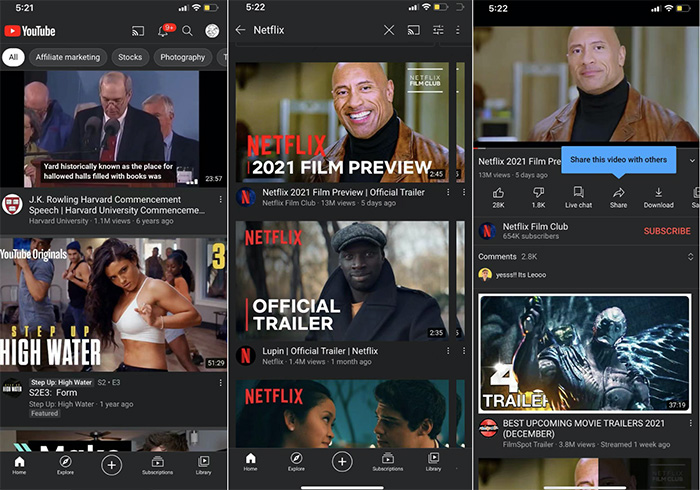 Amazon Prime, another Netflix alternative, founded in 2005 works on almost all the televisions, game consoles, Amazon devices, mobile devices, Blu-ray players, and numerous streaming media devices. As one of the Netflix competitors, it has gained 150 million users. When you wander in Amazon Prime, you can still watch limited Netflix movies. Now, let’s see the result of Netflix vs Amazon Prime.

Is Netflix free with Amazon Prime? Although you have subscribed to Amazon Prime, one of the most intensive Netflix competitors, some Netflix movies still need money. How much is Netflix on Amazon Prime UK? £5.99 for Amazon Prime instant videos, £6.99 for Netflix streaming service, as well as £79 per year for Amazon video streaming service and sharing privilege. Netflix vs Amazon, which one do you prefer? If you want to know the guide on how to download Amazon Prime video for offline viewing, have a review of another article. 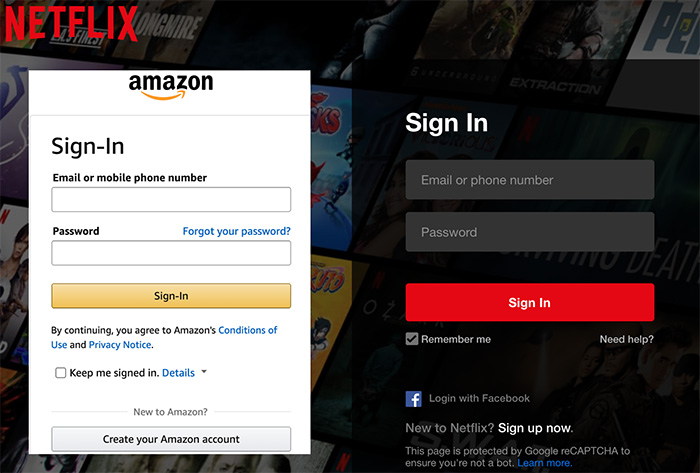 3. Disney Plus vs Netflix

Among so many Netflix competitors, Netflix can never be ignored. Does Netflix have Disney? Yes. As you can see below, there are so many Disney movies on Netflix, such as The Princess and the Frog, The Help, Tinker Bell and the Legend of the NeverBeast, Chicken Little, The Muppets, Radio Rebel, Saving Mr. Banks. Although Disney is one of the Netflix competitors, but once cooperated with each other. But now, Netflix has decided to make their own family and kid movies, so some latest Disney movies may not exist on Netflix. Next, let’s continue to explore their differences and help you make a decision.

Can you watch Disney plus on Netflix? Yes. In addition to Disney movies, Disney songs are also very popular. If you want to download Disney songs for free, find the best solution in the article: Disney Plus: Download Disney Movies and Songs for Free. 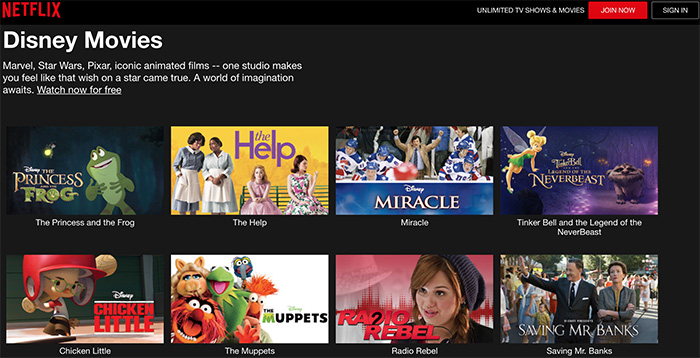 Does Netflix have more shows than Hulu? Yes. Netflix is regarded as the biggest video streaming website, only second to YouTube. There are over 43,000 TV episodes and more than 100,000 titles on Netflix. Almost no Netflix competitors can surpass it. But what makes Hulu so widely used? Follow to explore the difference between Hulu vs Netflix.

As one of the Netflix competitors, is Hulu better than Netflix? From some points of view, Hulu seems more favorable, like the speed to release new movies and the chance to subscribe to more live TV channels. You can find it in the App Store and find something good there. 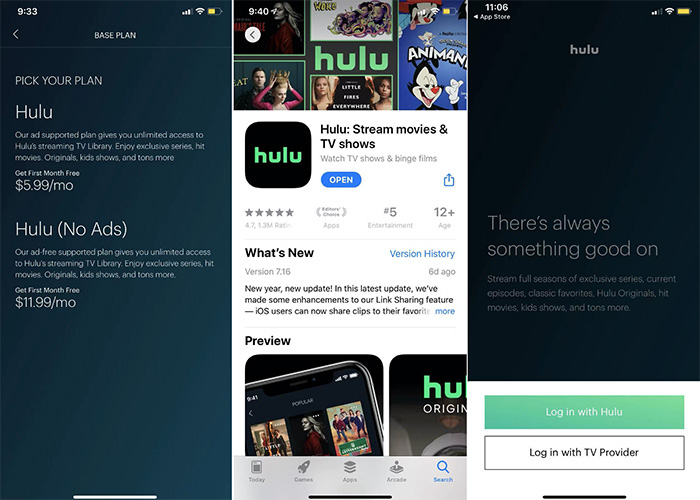 Another Netflix alternative I am going to introduce is HBO. There is only 2-hour new content produced per week. What is HBO famous for? Eddie Murphy: Delirious, Robert Altman's Tanner ’88, Kids in the Hall, and other movies have won a good reputation for it. When you search HBO on the computer, HBO Max will also come out. As the Netflix competitors, is HBO Max the same as HBO? They are the same in price worth $14.99 per month, but HBO Max or we call it HBO Now, streams more content than HBO. Which streaming service has HBO? Both HBO and HBO Max can help you.

With so many Netflix competitors introduced, who is Netflix’s biggest competitor? YouTube, Amazon Prime, Disney Plus, Hulu, or HBO? How can I get Netflix for free forever, or get any movies and TV shows from a preferred video streaming website? Continue to read and find the best answer. 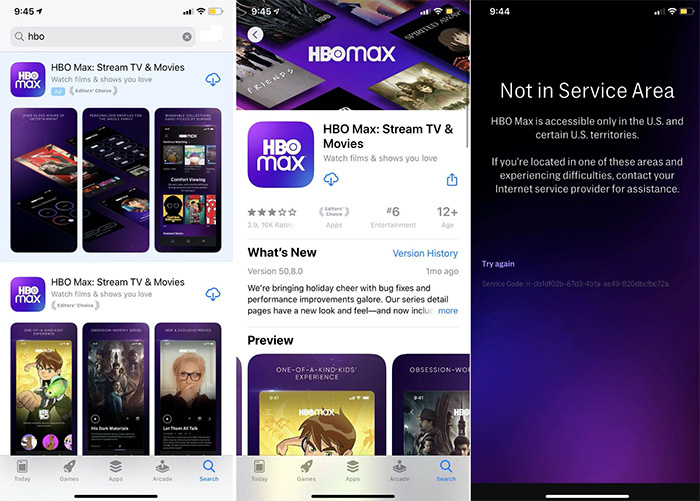 6. How to download movies from Netflix and Netflix competitors?

How can I get Netflix for free forever? With the help of DVDFab DRM Video Downloader, you can download any videos from Netflix, Disney +, HBO Max, Prime Video, HBO Now, Hulu, ESPN, OCBS, YouTube TV, Apple TV +, and other alternatives to Netflix. It supports batch download in the MP4 format, new release auto download, 1080p movies download, 5.1 sound channel download, as well as subtitles download. As long as you have an account to your preferred video streaming websites, this video downloader can access them and download videos for your offline viewing. How does this Netflix downloader work? Let’s have a quick look at it.

This Netflix downloader is compatible with Windows and absolutely safe to use. You can use it to download any movies from Netflix competitors besides Netflix.

Launch this Netflix movie downloader and click DRM Video Downloader on the left. Then, click Netflix, Disney +, HBOmax, Amazon, or other video streaming websites supported by this software.

When a video from Netflix or Netflix competitors begins to play, DVDFab DRM Video Downloader will start to download it automatically. In a short time, you will get download movies in 1080p. 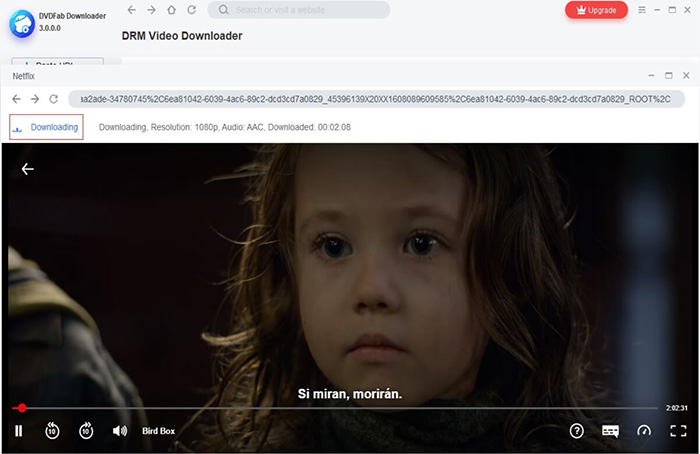 If you want to download videos from YouTube, another Netflix alternative, another free software can do you a favor – DVDFab Video Downloader. This YouTube downloader supports 1000+ websites such as YouTube, Facebook, Instagram, Vimeo, etc., and enables you to download videos from any of the platforms for free. When you have favorite music on Netflix or Netflix competitors, Video Downloader Pro can help you extract audio from YouTube for free. So how useful these three programs are. If you like them, you can get All-In-One in hand with a small investment.

There are so many competitors to Netflix, who is the biggest Netflix alternative in your mind? If given an opportunity to choose several accounts, which Netflix competitors do you prefer? Netflix is always the biggest platform to stream movies and TV shows for family watching with the best user experience offered. YouTube is the biggest American online video-sharing platform full of videos about entertainment, education, speech, technology and other sorts of breaking news. For other Netflix competitors, Disney Plus is the paradise for kids, Hulu gives quick access to new releases, Amazon Prime is viewed the biggest Netflix competitor with a 2-day shipping service, and HBO is special for its own original movies like Eddie Murphy: Delirious, Robert Altman's Tanner ’88, Kids in the Hall, etc. Make a decision on which video streaming website to choose and download Netflix movies with the best DVDFab DRM Video Downloader.