Nothing gets the blood pumping like a good thriller movie. While it’s sometimes hard to distinguish between thrillers and dramas or even horror movies in some cases, we decided to make a list with entries as varied as the genre itself. With that out of the way, let’s take a look at what we believe to be the best thriller movies on Netflix as of 2020.

There are few things scarier that being stranded in outer space. Luckily, that’s unlikely to happen to most of us in real life but if you want to get a sense of how terrifying space can be I recommend watching Gravity. This is not only one of the best thriller movies on Netflix but also one of the most visually impressive films of the last decade.

Inception is nothing short of a masterpiece and a complete game-changer for the sci-fi genre. In addition to the mind-bending twists and visual effects, there are also plenty of great thrills to experience here as Leonardo DiCaprio and co. descend deeper and deeper down the proverbial rabbit hole. If you haven’t seen this spectacular thriller movie yet, make sure to give it a try on Netflix asap.

One of the best horror thriller movies on Netflix is close to four decades old at this point. Like any fine wine, The Shining aged incredibly well and is still able to deliver plenty of thrills thanks to the great practical effects and the stellar performance of Jack Nicholson as Jack Torrance. There’s a reason why no one was able to remake The Shining after all this time despite several attempts. The movie is just that good.

We’re blurring the lines a bit by calling The Imitation Game one of the best Netflix thriller movies. The film is primarily a war drama/biopic that follows the work of pioneer computer scientist Alan Turing during WW2. At the same time, though, there’s no denying that The Imitation Game has plenty of suspenseful moments that will constantly keep you at the edge of your seat.

Arguably the best entry in the loosely tied series, 10 Cloverfield Lane is quite different when compared to the other two thriller movies in the trilogy. There’s a certain claustrophobic quality to this movie about a young woman seemingly held hostage by two men in an underground shelter. There’s actually a good reason why the woman isn’t allowed to leave the shelter but the movie keeps you guessing until near the end when that reason is revealed.

Se7en routinely takes the top spot on any list of best thriller movies on Netflix, and with good reason. The film stars two detectives trying to stop a serial killer that chooses victims based on how much the sinned. Or at least, victims that he believes are sinners.

The Sixth Sense was one of the first movies to incorporate a truly unexpected twist at the end. The twist worked so well, in fact, that director M. Night Shyamalan continued to use this technique throughout his career. But even without the twist, The Sixth Sense would likely still be considered one of the best thriller movies on Netflix right now.

Although neither sequel can really come close to the incredible Silence of the Lambs, both Hannibal and Red Dragon are still very enjoyable movies. Red Dragon is the only film in the trilogy to not feature agent Clarice Sterling, however, Dr. Hannibal Lecter’s ever menacing presence and the addition of Edward Norton as Will Graham more than make up for that. A very underrated thriller movie that’s definitely worth your time.

The Prestige is the story of two talented magicians constantly trying to outsmart each other by creating increasingly more complex and dangerous illusions. Easily one of the best thriller movies on Netflix, The Prestige is directed by the legendary Christopher Nolan and stars big names like Hugh Jackman, Christian Bale, Michael Caine, Scarlett Johansson, Andy Serkis and even the late David Bowie as Nikola Tesla.

There’s no shortage of thriller movies involving time travel on Netflix but very few can hold a candle to Twelve Monkeys. The movie takes place in a dystopian future devastated by a plague that nearly wiped out the entire human population. If the plot itself doesn’t catch your attention, it’s worth noting that Twelve Monkeys features Bruce Willis and Brad Pitt as its main characters.

While it’s sequels we’re exactly well received, the original Butterfly Effect was definitely a very good movie. Yet another Netflix thriller about time travel, The Butterfly Effect is about a young man that learns how to change his past in a very unusual way. Not everything makes perfect sense but if you can suspend your disbelief you’ll find that this is actually one of the best thriller movies on Netflix right now.

Jim Carrey is famous for his over-the-top comedic performances so it’s always a bit strange to see him in dramatic roles. And yet, Carrey’s performance as an obsessed novelist in The Number 23 is surprisingly good. The movie itself is quite dark and unusual but that’s exactly why you should go check it out on Netflix when you have the chance.

This excellent thriller movie starring Tommy Lee Jones, Josh Brolin, and Woody Harrelson won 4 Oscars and became an instant classic upon release. The story revolves around a drug deal that doesn’t go as expected and a hunter that finds the money left behind after the deal goes bust.

Creep is one of the best horror thriller movies on Netflix set in modern times. What’s interesting about Creep is that it only features two actors, one of which also directed the movie. It may be an indie project but that doesn’t make it any less thrilling than other entries on this list.

It couldn’t have been easy to gather so many great actors for this movie but the result was definitely worthwhile. Even if you’re not particularly fond of the mobster theme, The Departed is a thriller movie that’s still worth watching if only to admire the great performances delivered by everybody involved. 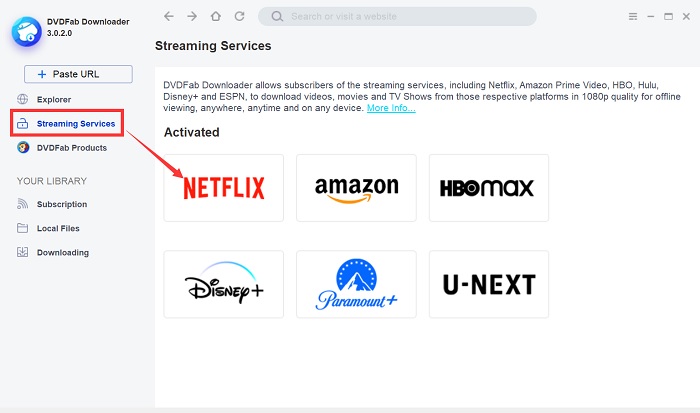 Login with your Netflix account and then search your wanted title of your favorite thriller movies as you normally do. Next you need to play back the video as usual. When the playback begins, you will notice that a popup window with two buttons shows up, click the Download Now button to perform the Netflix movie download. Don't close the playback page until the download is complete. 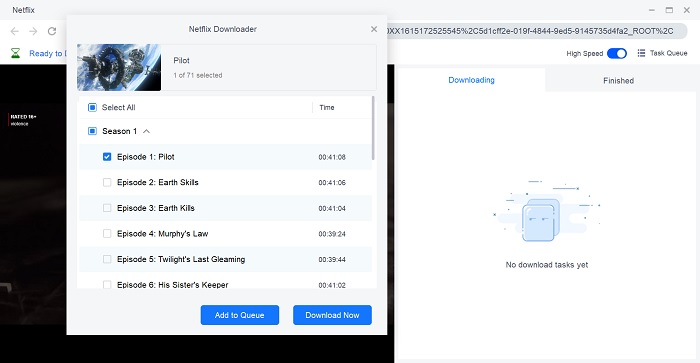 Okay! You've learned how to download streaming videos and those horrifying thrillers from Netflix for offline watch when you have free time. If you happen to have some DVD versions of those thriller movies at home that you want to watch on your portable devices. Then a DVD ripper software we are going to talk about next is what you need in that case.

Part 3: Tools to Back Up Netflix DVD Thriller Movies

A lot of thriller movies are only available for a limited time on Netflix’s online platform so it’s a good idea to rent them whenever they’re unavailable. Having physical copies of movies on DVD will also allow you to make backups for when you can’t watch them online.

In order to make copies of most DVDs you’ll first need to rip the original disc using a tool like the DVD ripper software inside DVDFab 12. In addition to ripping, this piece of software also lets you convert DVDs to a wide variety of different formats and even customize the output to suit the device you want to play the movie on. There’s also plenty of options to play around with if you want to edit the output, including adding subtitles, changing the resolution, cropping, trimming, and much more. 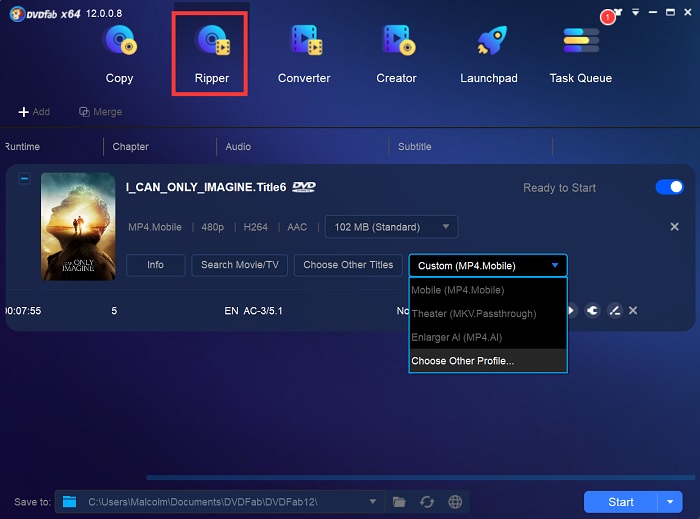 Meanwhile, DVDFab DVD Copy does exactly what it says and allows you to make backup copies of all your favorite DVD thriller movies. You can use the DVD copy software to copy DVDs to blank discs or simply store them locally for later use. There’s a total of six different copy modes available so you can choose exactly which parts you want to clone or burn. 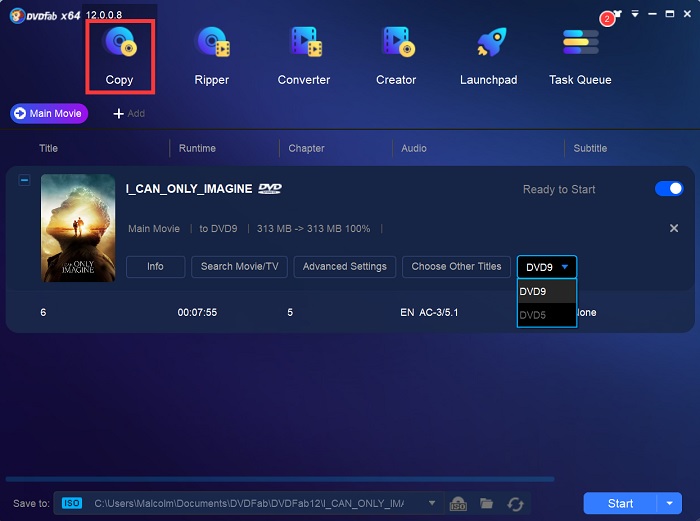 This article shows you the top 15 thriller movies you can stream from Netflix, the best streaming video downloader software to download those thrillers for enjoying offline, and also the DVD copy software and DVD ripper software that can help you make backup copies to those thriller DVDs or convert them to digital videos at home.

However, as DVD movies only feature 480p quality, if you want higher quality to watch on your device, then you can consider upscaling those converted 480p videos further to 1080p, using the best AI-driven video upscaling software called DVDFab Video Enhancer AI.