When we think of screen recorders, we often think of Windows Camtasia Studio and Mac's Screenflow.

These are versatile industry-standard screen recorders that take care of our screencasting, game-recording and presentation needs.

What if we’re using an open source operating system like Linux? What screen recording options do we have?

Surprisingly, quite a number.  Here are some of the top Linux screen recorders which would take care of your screen recording needs in most instances.

If you're looking for a lightweight Linux screen recorder that doesn't tax your operating system, Kazam would fit the bill.

There's minimal configuration work that needs to be done to set it up for screen capture. As such it would delight newbies. 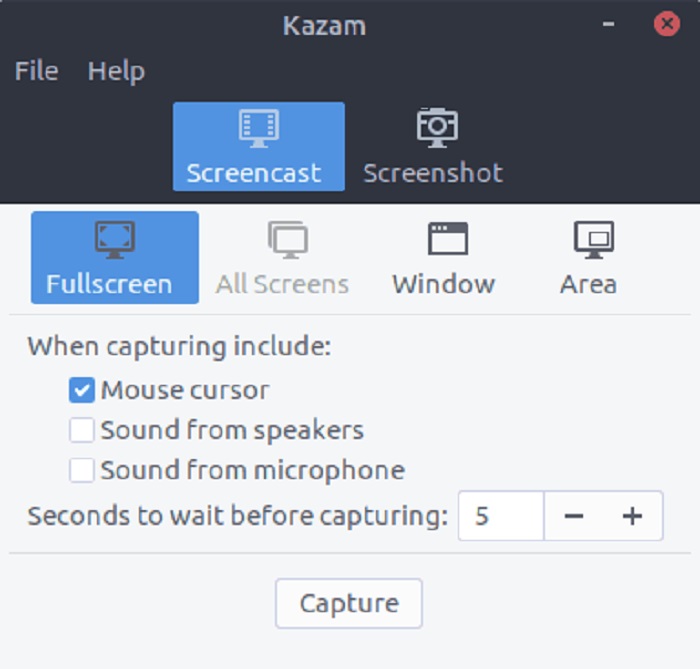 Though lightweight and plain-looking, it could capture audio, not to mention video that could be exported to various formats.

Use it to capture screencasts or screenshots. Kazam records full screen, a particular window or a specific area of the screen.

As its name suggests SimpleScreenRecorder is newbie friendly. It’s also lightweight and doesn’t suck the juice out of your system resources. This is a Linux screen recorder with audio recording. 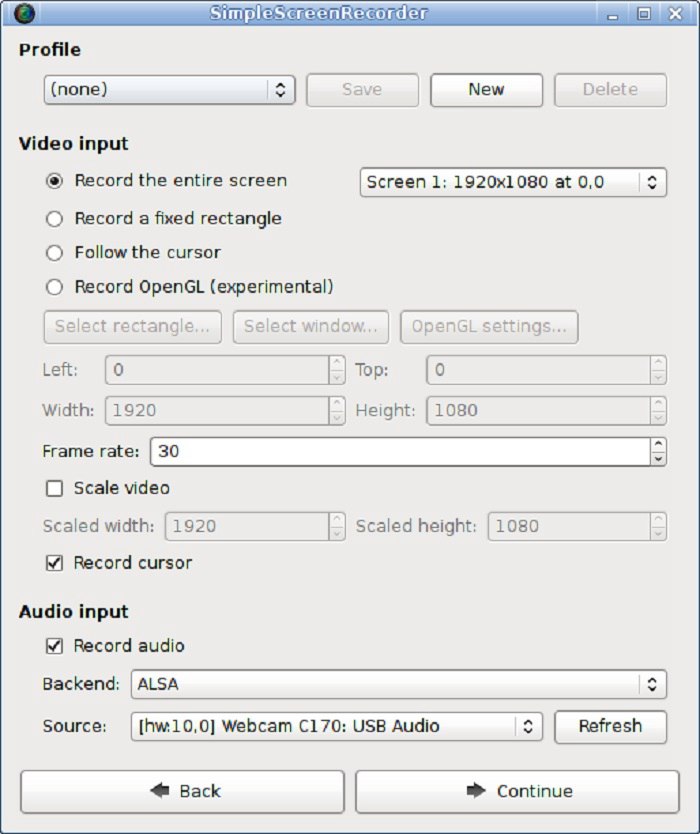 As for video, you could record the screen at Full HD resolution, scale your video to your preferred width and height and also set your desired video frame rate.

A plus point is It works well on older Linux systems.

recordMyDesktop  offers you the option to set your video and sound quality when recording your screen activity. Want only recording and encoding? Employ the necessary command line. 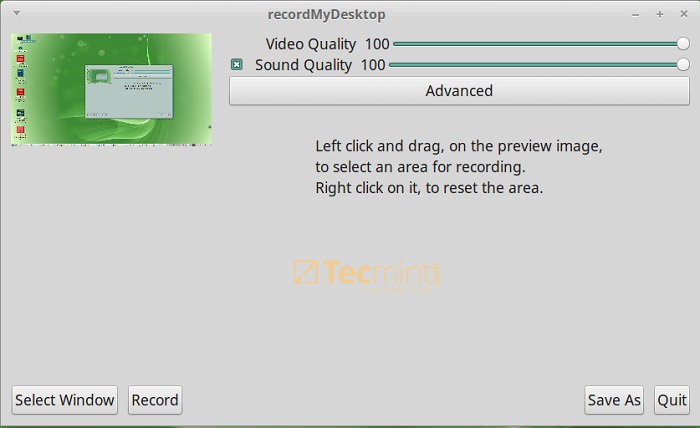 This powerful but lightweight Linux screen recorder has a clean interface that allows you to navigate the menu and commands easily.

Full HD support for video recording is available.  If you often work with the Theora video and Vorbis audio formats, then you would want to make this your Linux screen recorder of choice.

The Vokoscreen Linux screen recorder interface consists of Screen settings, Audio Settings and Video settings which you would use to make your screen recordings.

You’re allowed the use of webcam while recording or narrating. This feature allows you to appear on the screen being recorded.

If you're a power user into recording gameplay, then OBS Studio should be in your arsenal of video tools.

This open source screen recorder for Linux is well-known because it's also available for Mac and Windows. 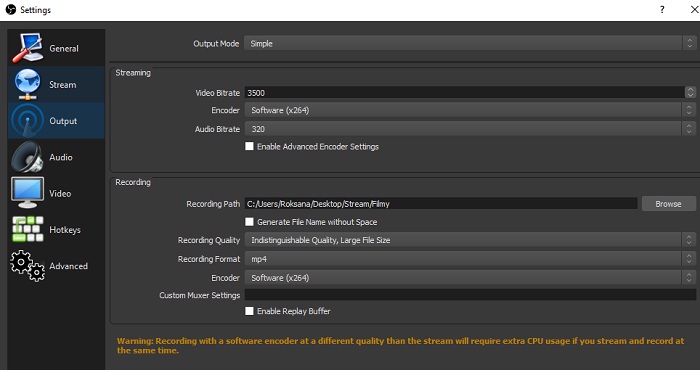 Recording is possible on selected areas of the screen.

You may also incorporate video and images from other sources into your recording.

If you're new to capturing screen activity on Linux, you’ll find familiarizing yourself with OBS Studio a little tough. But set your worries aside as there are active forums and even tutorials to guide you along.

If you could manage screen recording on Linux without webcam support, give Green Recorder a try.

It's one of the earliest screen recorders to be introduced on Linux and it supports Wayland and Xorg.

With a simple interface, it's one of the easiest Linux screen recorders to use. 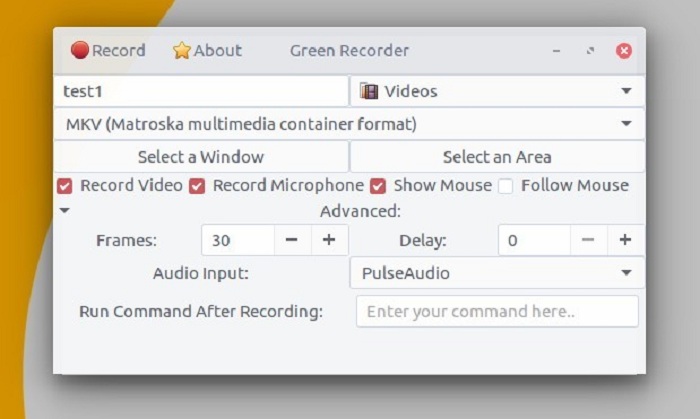 You'll be glad to know that screen recordings could be saved as GIFs.

You can also save your default preferences for future recordings.

Some would want to go beyond recording their desktop screens or games and broadcast them to the world.

If you're such a person, your only choice is OpenBroadcaster.

This Linux screen recorder with audio is highly configurable and you're allowed to broadcast your screen activity over the Internet or you may just choose to record and save it to your system if you so wish. 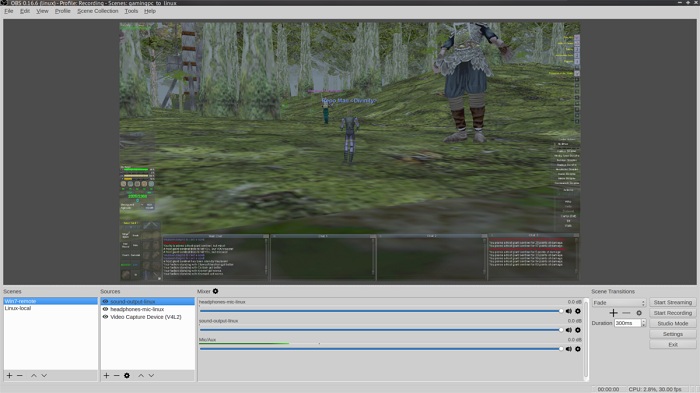 OpenBroadcaster comes equipped with useful video streaming profiles, a scene switcher and a sound mixer, among others.

If you’re looking for a reliable program that can capture any screen session on your iOS devices, then you ought to take a look at DVDFab Screen Recorder and Editor for iOS which is available for a free download.

Whether you’re using iPhone, iPad, or iPod touch, this program makes clean and clear screen recordings of your device screen.

Want to record a step-by-step tutorial? Need to capture a web video that doesn’t provide a download option or record a favorite portion of an interesting game? DVDFab Screen Recorder and Editor for iOS is game for the task. 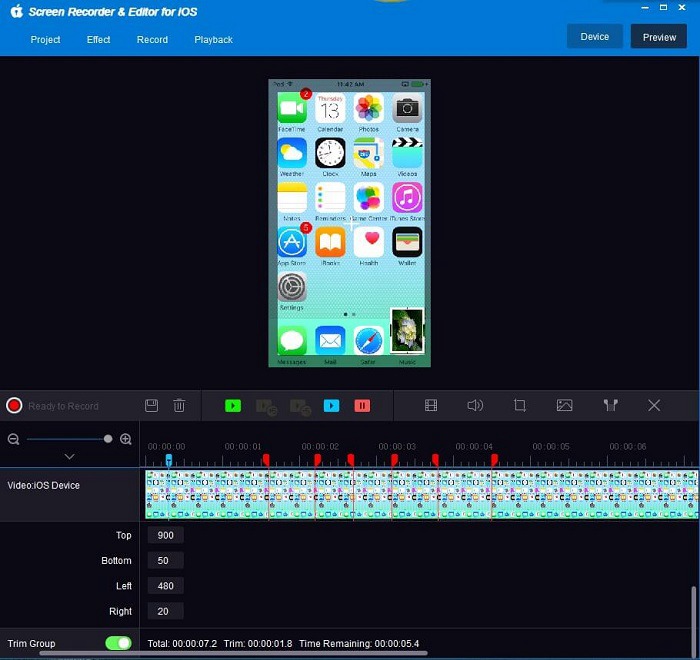 The result is your captured video and audio will be in complete sync during playback.

If you’re narrating while recording and want to appear on your screen, you could switch to the PIP (Picture-in-Picture) mode to enable webcam recording.

Done with recording your video and want to smooth out the rough edges? You have the video editing facility to ensure a flawless finished video.

Take your pick from transitions, callouts, captions, zooms and even animation effects to give your video the added zing.

When you’re ready to export your video, you don’t have to worry about what format to save it in. Videos are saved in the MP4 format which is compatible and playable over HDTV, smartphone, tablet or software media players.

Here’s a quickstart guide to using the DVDFab Screen Recorder.

After launching DVDFab, head to the Utilities menu and select Screen Recorder & Editor for iOS.

From then on follow the onscreen instructions to connect your iOS device to the DVDFab Screen Recorder via AirPlay Mirroring.

You’ll soon be on your way to capturing the screen activity on your iOS device.

If you’re itching to record iOS device screen sessions hassle-free and quickly, download DVDFab Screen Recorder & Editor for iOS today and give it a test drive.