Screen recorders for your Mac will come to the aid when instructional videos need to be created or when online streaming needs to be captured such as gameplay. YouTubers need the right software that can help them create instructional videos while those who are working from home and need to send screen shots of their computer as well as video games will want a reliable and feature rich screen recorder software. The best screen recorder for Mac can even capture mouse movements, screen actions can be recorded as well as audio and video on screen.

The top picks for screen recorder for Mac that would work with Mac OS X are showcased below.

This Mac screen recorder software might seem too good to come for free, but it does, along with a paid version. The Camastasia 2 offers several features which include allowing users to record screen of the computer as well as from different input devices that are attached externally. The suite has a studio like interface; there is timeline layering which allows mixing and editing to be done smoothly.

The software comes with a mobile app as well; known as TechSmith Fuse, this allows videos and photos to be imported from different devices into the Camtasia Studio. It is considered to be one of the powerful and feature rich screen recorders for Mac. 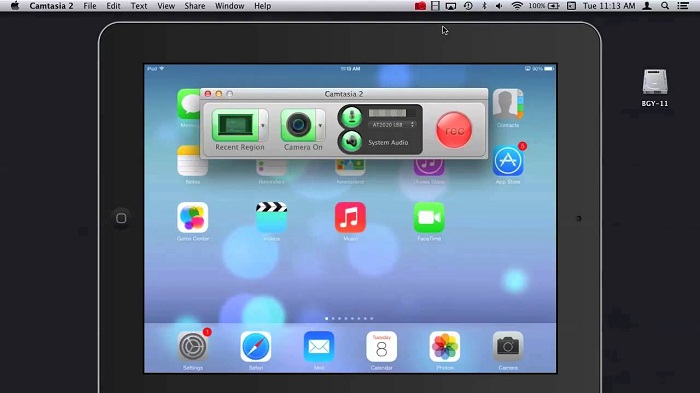 This software is a great choice and is a paid screen recorder software that is a must have. For those looking to know how to record your screen on a Mac and add on professional level editing and recording capabilities will have a worthy choice in this software. The user friendliness of this software makes it a winner, even among other popular ones in the market. The software offers features that are powerful and easy to comprehend.

The program offers video recording abilities, not only from Mac screen, but also from devices that are connected externally, such as iPad, iPod touch or iPhone which need to be connected with a lightning connector. Video and audio can be imported through external webcams as well as microphones. The bit-rate recording frequency is high which allows for the retina display recording feature as well. The videos captured by this software even work on 2013 MacBook Pro and the effects are visually pleasing. 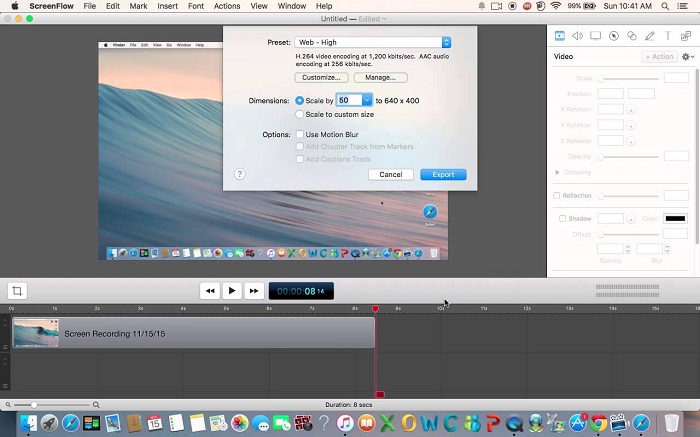 This particular tool as screen recorder for Mac is brought to the market with the same product brand that offers Camtasia. This particular software offers basic capabilities, but the reliability aspects remain the same. The software allows focus on screen captures which can be in stills as well as in video formats. The program allows importing of images and mobile video via Fuse. There are several sharing choices as well. The software allows exporting projects and can be moved to Camtasia directly.

Snagit has a unique mode for scrolling capture. This makes snapshots easy for capturing and sharing, especially for long web pages. It is a cheaper software as compared to Camtasia and is a reliable software that one might want for the basic screen recording features. It is built to be compatible with OS X 10.9 and comes with a free trial version as well.

This particular record screen Mac software is well suited when you wish to record tutorial videos or training snapshots. The software is optimized for such recordings; it allows capturing of specific regions of the screen. This is done by a drag box that is resizable. The interface of the program is straight forward and learning curve for users is minimal. The features offered are relevant and also come with a video editor that has several useful functions.

The live preview is one offering of this software which allows one to see the region that would be captured by the video before it is captured and that is also offered to pixel perfect levels. The paid version of this software is cheaper as compared to ScreenFlow and Camtasia. The trial version can be used without a time limit, but comes with a watermark that remains permanently on recordings which are done after 15 days of downloading the software.

This screen recorder is a Mac screen recorder software that is easy to use. It is a well listed product in the category of freemium and the free version of the software can be used at leisure as many times as a user wishes to.

There are additional features that involve paying for the paid version which includes a launcher on your Mac system that would help record sessions that are done by the website of the software. It works akin to a conferencing tool. The free version allows screen recording to be done up to 15 minutes, which can be of 720p resolution. This would also include mic and webcam input as well as publishing features. The pro version comes for a mere fee of $15 per year, which removes the limitations of the free version, but also introduces several new features like audio recording system, editing options and real time editing of videos as well. 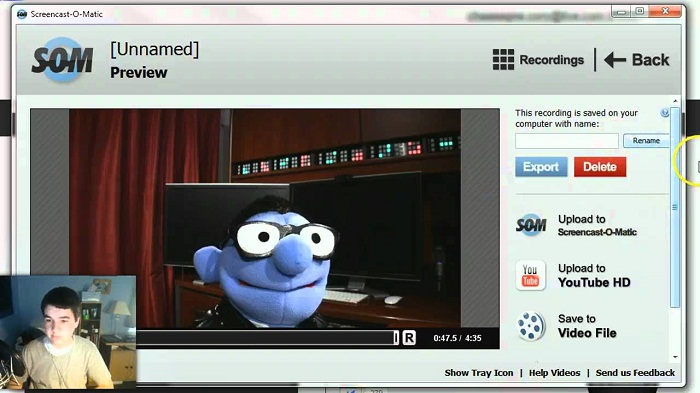 This particular software is the QuickTime Player that comes inbuilt in OS X. The Mac screen recorder with audio abilities of this erstwhile software is little known by most users. The features are basic of this player, but screen recording capabilities might be adequate for many. It can capture recording at 15 fps resolution along with microphone audio. It cannot capture system audio or get your face into the recording. If you wish to use these basic features for screen recording, then the QuickTime player would suffice and you would not need to pay anything additionally.

Most people know VLC to be a mere video player, but it does have free screen recorder for Mac abilities as well. Those who are looking for the basic screen capturing abilities in a software that is easy to use will love this program. It also helps one to capture a screen action quickly and share it with someone. This hidden feature can be opted for on this player through the File menu. Here you will find the option Open Capture Device where the source needs to be selected for the screen. Basic adjustments can be made such as opting for the audio input device and frame rate you wish to use, following a mouse to focus and so forth. 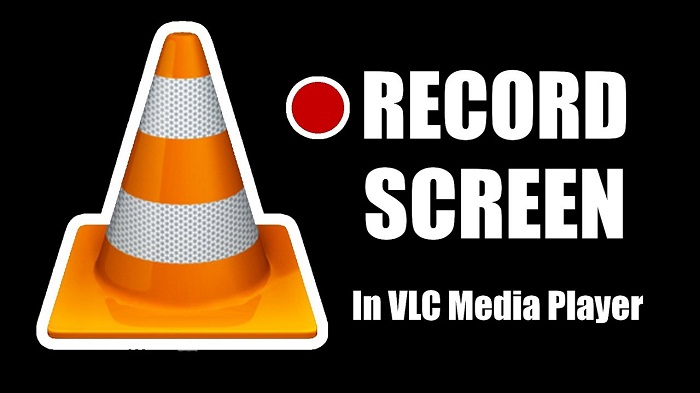 This is known as Open Broadcaster Software which has several features to offer as a free screen recorder application. One of the limitations of the software is that the features are cumbersome to figure out; recording features are powerful and effective, whether you are capturing video or audio. It has editing features as well that can capture specific windows, full screen or regions as well as allowing changes in different parameters. 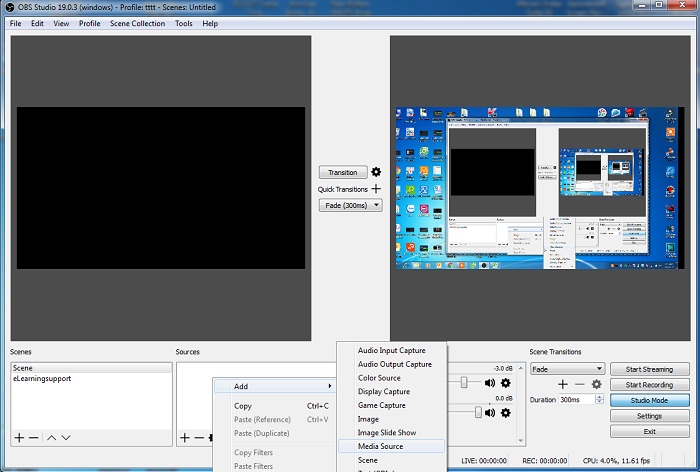 This is another utility software with screen capturing capabilities. However, it is best for capturing short videos of five minutes or less. It works like a menu bar app; it is simply there and ready for action as and when you click on it. The software allows webcam and external mic input capture for three or five minute duration. The software also provides the option of capturing a certain region or entire screen of a computer monitor. 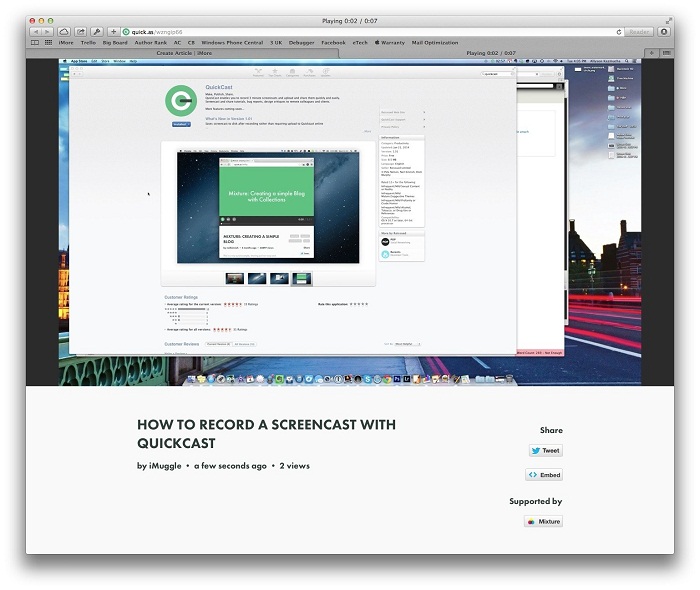 This is yet another screen recording software that works as a Menu bar app. There are several useful features available with this software as well. For instance, it can record your screen at 60 frames per second; this allows ultra smooth playback even in demanding situations. The software can record microphone audio as well as webcam video; it can offer system audio recording as well. It offers a sweet deal and is a developer application offered on a Mac App Store by Farminers as a free app. 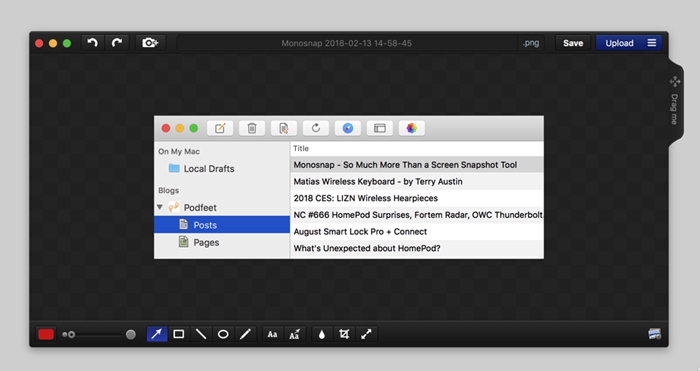 DVDFab Screen Recorder and Editor for iOS and what it offers

Now you have seen the best screen recorders for recording Mac screen, here we will also introduce you an iOS recorder - DVDFab Screen Recorder and Editor for iOS. This versatile screen recording software is built for capturing screen activities on iPhones, iPods and iPads. The software works via AirPlay mirroring and can record screen activities on different iOS devices with ease. The software makes crisp and smooth recordings and videos captured have audio and video inputs totally in sync and work without any lag. 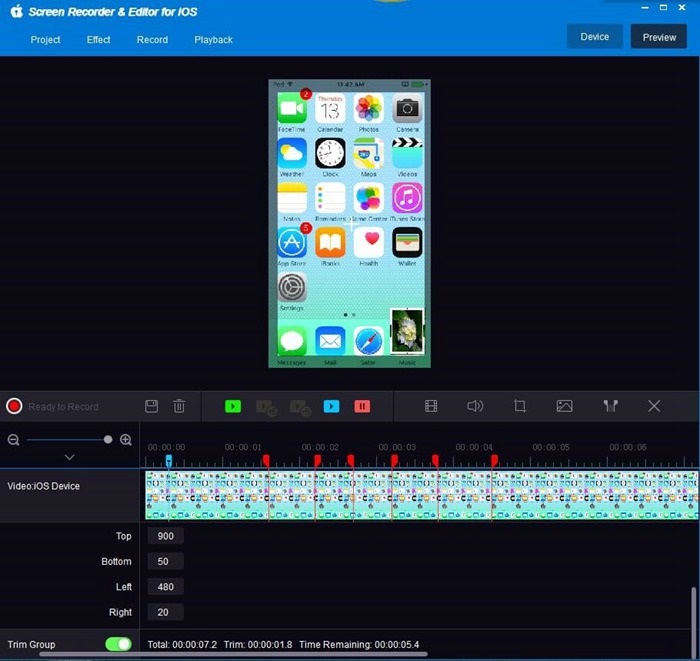 Video tutorials as well as presentations can be made with this versatile software. It offers robust editing features such as watermarking, trim and crop features, animations, transition elements and so forth.

This article showcases the different software you could use for screen recording on your Mac and a versatile recorder application that can come in handy when using IOS mobile devices.