Summary: Who are the artists most people listen to on Spotify? We will bring you a list of Spotify top 20 artists 2019.

Another year is about to end, which brings us to Spotify top artists in the year. So, who are the artists most people listen to on Spotify? We will bring you a list of not just Spotify top 10 artists but Spotify top 20 artists.

With 10.5 million followers, Selena Gomez secures a spot at number 20. After starting as a child star on Disney Channel, Selena moved into the music world. This proved to be advantageous for her as she became a pop star. Initially, she released albums with her band “Selena Gomez and the Scene” and later went solo.

It wasn't until 2013 that her first solo album was released. Shortly after its release, the album went on to secure a number one position in US charts. To date, the most popular song by this singer has been "It Ain’t Me" with around 735 million plays. 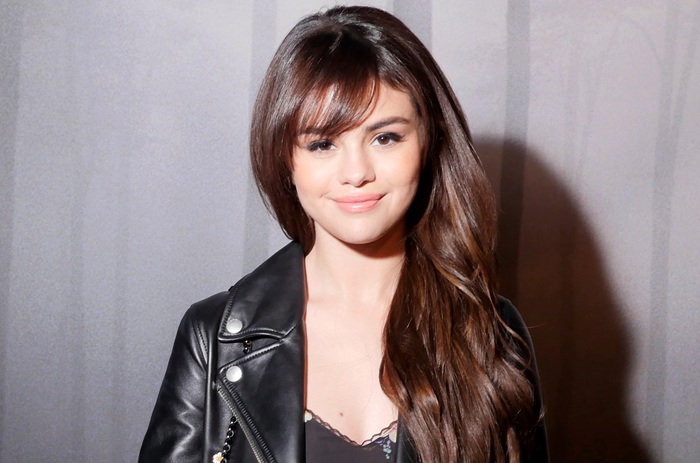 Katy Perry, a singing star with 10.6 million followers, earned fame in 2008 with her single "I Kissed a Girl." Her third album, titled "Teenage Dreams," earned her global recognition and made Katy Perry a global star. Due to her fantastic tracks, she was able to win seven Grammy nominations. In 2017, her latest album, by the name of "Witness," was released that received mixed views from the audience. The most popular song that Katy Perry has sung is "Dark Horse," which has a reported 530 million plays. 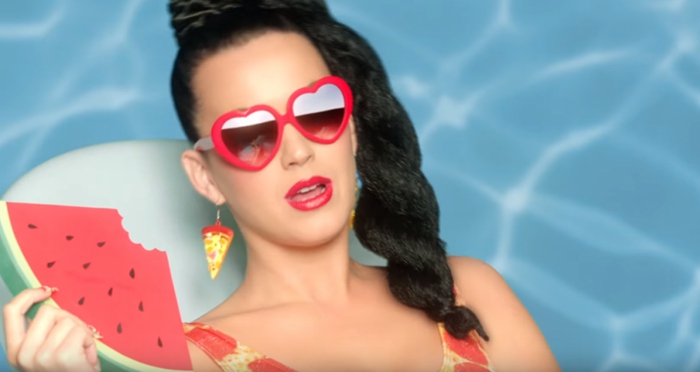 Imagine Dragons is a band with 10.7 million followers and has been Band of the Year on Billboard in 2017. Its track "Radioactive," which was released in 2013, has been its greatest hit on the US charts. Its latest album "Evolve" also managed to perform well and had a good response. The most popular song of this band is "Thunder" which has 763 million plays. 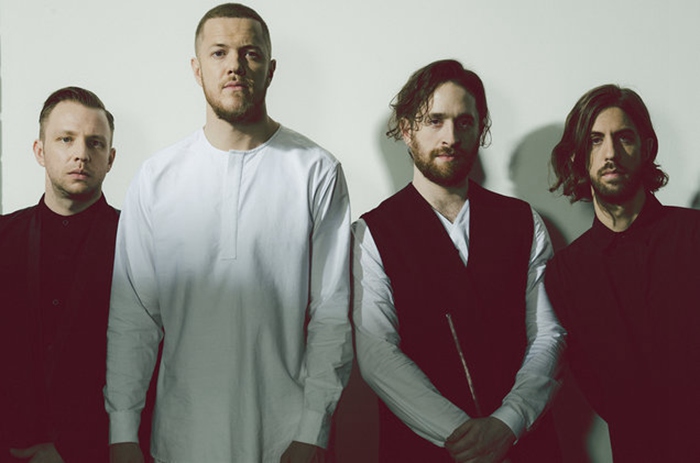 Maluma, a singer with 10.8 million followers, is the first Colombian to make it to the top 20 list. The voice of the singer has made him popular among all Spanish-speaking people. The singer even recorded a song for the FIFA World Cup that was held in 2014. His latest album by the name of "F.A.M.E." features duets with famous singers like Jason Derulo, Timbaland and even Prince Royce. The most popular song of this singer is "Felices Los 4" with over 515 million plays. 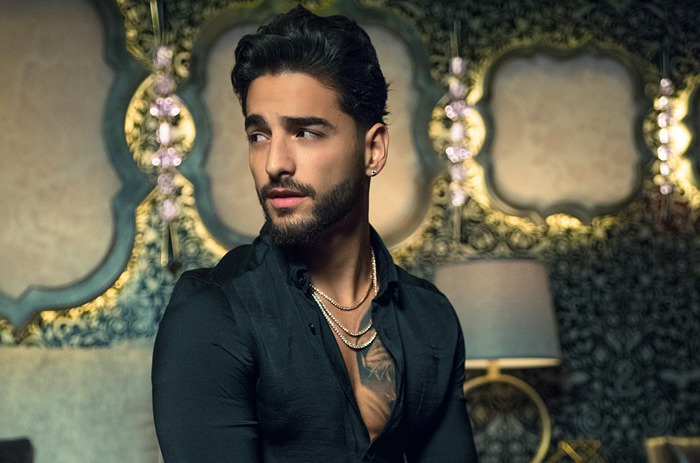 Abel Tesfaye, known more popularly as The Weeknd, has 11.4 million followers and is the voice behind "Can't Feel My Face." This song earned him a couple of awards, even the Kids’ Choice Award from Nickelodeon. Given the adult content used in his lyrics, The Weeknd receiving this award was criticized by many parents. The most popular song of this artist so far is "Starboy" with 999 million plays.

With 11.7 million followers, Nicki Minaj became one of the most popular stars after releasing her debut album in 2010. She has been a hot favorite to date and has more than 100 tracks on the Billboard list. She is also the only female on the Forbes’ Hip-Hop Cash Kings list. The most popular song of Nicki Minaj is "Swalla" with 618 million plays.

Maroon 5 is currently among the most famous bands with around 12 million followers. The pop group has so far released 6 albums and won 3 Grammys along with 3 American Music Awards, 4 Billboard Music Awards and 3 People's Choice Awards. It was Maroon 5's hit song "One More Night" that didn't let "Gangnam Style" reach number one in the US. So far, the most popular song by this band has been "Sugar" with 716 million plays.

Calvin Harris has 12.3 million followers and is the first British artist to be a part of this list. He is among the most popular artists of his time and has achieved remarkable success ever since his debut in 2007. He even received nominations and awards for his performances. His song "This Is What You Came For" has received 829 million plays.

Shakira, a Colombian who gained popularity after dropping her first English album in 2001, has 12.4 million followers. Before becoming popular in the English world, Shakira had already sold 10 million albums in Spanish. At present, she is among the most successful pop stars in the English-speaking world with her most popular song being "Chantaje" which has 518 million plays.

Founded in 1996 as a British rock band, Coldplay is a band that never fails to disappoint. With a number of hits starting started from 2000 with the song "Yellow," Coldplay has managed to bag 107 awards from 252 nominations. The band has a following of 13.1 million people. The most popular song of the band is "Something Just Like This" with 867 million plays.

One of the youngest musical sensations that started at a young age, Taylor Swift has 13.7 million followers. In 2006, her single "Our Song" made her the youngest person to have a hit song on a Billboard chart. At present, Taylor Swift is more popular for her contemporary music. In 2014, her pop album "1989" topped charts and became the best-selling album in the US. Her most popular song is "I Don't Wanna Live Forever" which has 730 million plays.

Beyoncé, one of the most popular singers worldwide, has a fan following of 14.5 million followers. Ever since she dropped her debut album in 2003, Beyoncé has managed to remain on top of the Billboard charts. Her most popular song is "Halo" with 436 million plays.

Born in Hawaii and having a fan following of 14.7 million, Bruno Mars is the only artist to have a first and second rank on the charts simultaneously. "Just the Way You Are" and "Grenade" are among his best hits of all time. Multitalented Bruno Mars has become one of the top-selling artists. He is also a songwriter who has been writing hit songs for other artists. His most popular song is "That's What I Like" with 743 million plays.

David Guetta has been surprising everyone with his laidback style and has 15 million followers. Guetta makes it to number 7 on the best artists of 2019. He has come a long way and achieved success in 2009 after releasing the album "One Love." This album was able to earn him global recognition and even topped UK charts. The most popular song of Guetta is "Titanium" with 510 million plays.

With over 16.5 million followers and a number of hits, Ariana Grande secures 6th position on our top 20 list. She started out as an actress and later moved on to singing, establishing herself as a pop singer. It was her song "My Everything" that won her wide acclaim and even debuted at number one. Her most famous song to date is "Side to Side" which has 679 million plays.

Eminem is a well-recognized rapper who has a fan following of 18.3 million. Known for his controversies, Eminem is the only artist to have 8 albums debut in the US consecutively. He has sold more than 220 albums worldwide. His most popular song is "Lose Yourself" which has 566 million plays.

This Canadian singer has a fan following of 23.8 million and is globally recognized. His current average is 17.6 million plays per month. With that, he is among the few artists to have a song that has a billion plays. He saves a number 3 spot on Spotify's 2019 best artist list. His song with the most plays is "Sorry." This song has 1.07 billion plays.

With "Umbrella" fame, Rihanna has 25.1 million followers and is the second most popular artist on Spotify. Ever since her debut in 2005, she has released big hits. She continues to deliver best-selling albums and numbers that have been appreciated by the global audience. Her most popular song with 606 million plays is "Needed Me."

Topping the list of Spotify top artist is English singer and songwriter Ed Sheeran. He has so far released only 3 albums and earned huge fame in a short span of time. His song "Shape of You" has received 1.8 billion plays, so he secures the number one spot.

If you also like to listen to music on SoundCloud, you may want to have a look at these top SoundCloud artists.