Download online music and songs from over 1000 websites to high quality MP3 tracks for offline playback on any compatible devices.

• Work 10 times faster than the normal speed and output files up to 320kbps.

Are you looking for the hardest rap songs for offline play? Well, if you answered yes, then you have come to the right place. This article has identified the hardest hitting rap songs that you must tune in to this year! We bring you an assortment of hard rap songs that are sure to get you pumped up and grooving to the beat. Above all, to get the raps songs that go hard from YouTube free and easily, this post details the best YouTube to MP3 downloader for you option.

Part 1: Top 10 Best Hardest Rap Songs You Will Like

From his album – Scorpion, Drake introduces this hard-hitting rap song for 2018 that has had the audiences captivated with its amazing lyrics, a philanthropic video, and a mesmerizing beat. It has been nominated for BET Award for video of the year and other similar nominations such as MTV video music awards. It’s funky and hardcore at the same time!

Another one of those upbeat hardcore rap songs is this one from Migos. Mad Men is from their album – Culture II and it combines hip-hop with hard hitting rap. It features a glittering beat, and is the most classic rhythm and rap that you’ll ever come across!  Culture II is Migos major debut album and it comprises of other quite upbeat and amazing songs from the likes of Stir-Fry.

Another mix and match of hip-hop and hard-core rap is this song from SOB X RBE’s album – Gangin. Released in 2018, Lifestyle combines seductive choruses, impactful verses, and unmatched beat to bring you this full-of-life rap song. The opening verse of the song describes something as gloomy and morbid as people being murdered on stoplights.

Bringing you a Chicago hip-hop, this song features the main artist Saba and Chance the Rapper. So, you know what combination this turns out to be! Logout is from Saba’s album – Care for Me; it brings together an amalgam of R&B and Jazz that is also supported with social commentary. The singer has tried to draw a picture of the critique that blacks have had to experience to date. It’s definitely one of the most heart-touching hard rap songs with bass.

Here’s another from the hardest rap songs list featuring none other than Drake with his charismatic and unmatched rapping and lyrical bliss. This song brings out the best of rap and hip-hop from Drake’s album – Scorpion, released in 2018. It has been nominated for the Teen Choice Award and other nominations and rankings! This song will take you on a rapping journey about a woman’s confidence and independence.

I Do features Cardi B and SZA, and this release of 2018 is from Cardi B’s debut album – Invasion of Privacy. In this particular rap song, Cardi B talks about female empowerment such that she is not enticed by men who can make her richer, while others may be put on read on choice. It’s upbeat, funky and a great mix of hip-hop and rap, from SZA.

This is another song from amongst the hard rap songs with bass that feature Valee and his Chicago buddy Jeremih. Womp Womp combines elastic synths, bouncing bass and a hardcore rap. It spans subjects from the likes of women, shopping, and the usual banal that is commonplace in Valee songs. This song features playful yet curious music and gives you an escape from the otherwise bland hip-hop and rap combos.

Adding to this list of hip-hop and rap mixes, this hard rap song features Childish Gambino. It has been nominated for several music and video awards such as MTV Video Award for best video and Teen Choice Award for best single. It talks about race, violence and stereotyping that is commonplace in America. It’s enlightening yet thought-provoking, but truly an ear pleaser!

This song is from Jay Rock’s third studio album – Redemption. It came out in June 2018, and it brings you hardcore west coast hip-hop music. He has produced this song post a life-threatening accident, and he starts off by asking what if life ever gave you a second chance. So, it basically reflects upon life and its uncertainties and traumas. It mentions themes from the likes of faith, rebirth, and redemption!

From Beyoncé’s album, Everything is Love, this hard-hitting rap song features Jay-Z. The Carters have evaluated the cultural institutions that are not as inclusive of black artists as they should be or claim to be! They have covered institutions and platforms such as the Grammys where artists and musicians from the black community are not treated as equals as the whites.

Part 2: How to Download Hardest Rap Songs with three Clicks for Offline Play

After knowing the top 10 hardest rap songs, it's time to master how to download the hardest rappers playlist for offline listening. To ensure you can download quality rap that goes hard from YouTube and other popular sites, here comes the best free YouTube to MP3 downloader for you choice. 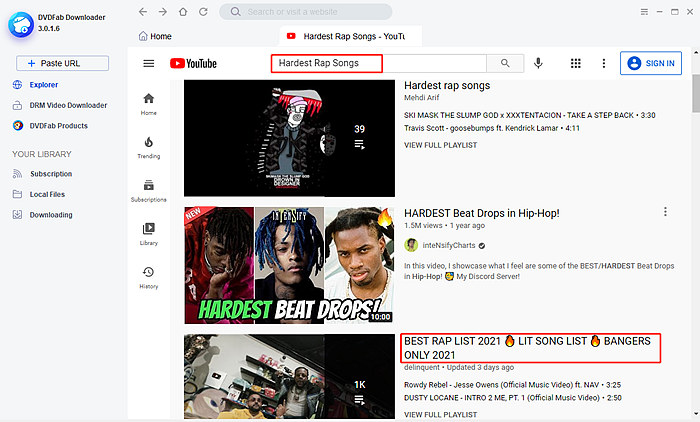 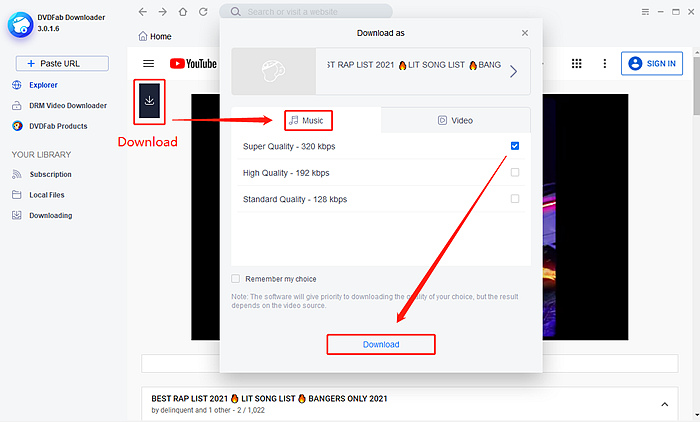 To download the hardest raps in batch, you can enter video URLs in the box and choose the Download quality as desired. 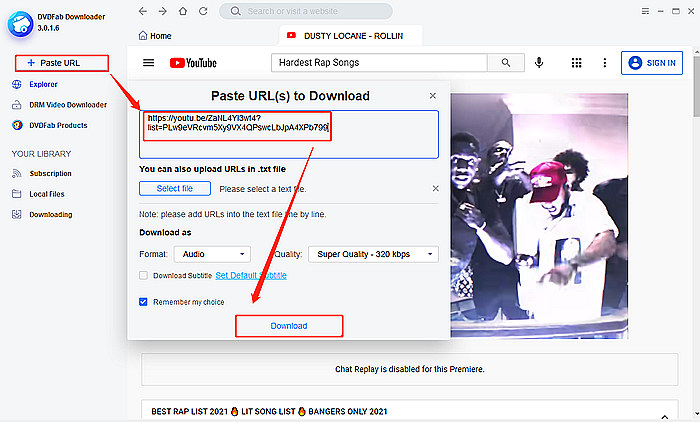 Remember to enable the Turbo-Speed option so that you can download the songs that go hard from YouTube at 10X faster than normal speed. 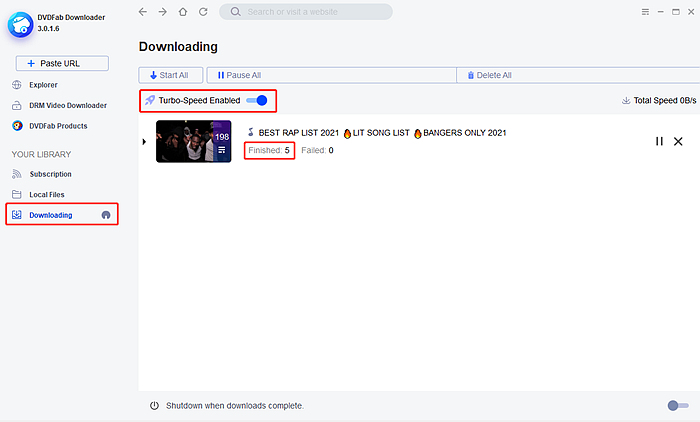 Up to now, you have understood the top 10 best hardest raps songs ever and grasped how to download these hardest rap lyrics for offline playback. With the best YouTube to MP3 downloader, you will feel much easier to get the hardest rappers than ever.

What worth mentioning is that aside from DVDFab YouTube to MP3, you can turn to DVDFab YouTube Downloader and other streaming downloaders. The former allows you to download videos in up to 1080p/4K/8K from 1000+ sites, while the latter enables you to download movies and TV shows from Netflix, Amazon Prime, Disney+, HBO Max, CBS All Access, U-Next, and more. Do you want to download CBS shows for offline play without any limit? DRM Video Downloader will come in handy.