Best 4K Movies on Netflix You Want to Know

As a film buff, want to stream movie 4k on Netflix or download best 4K movies for offline play? If you do, you have come to the right place. This post presents you 10 best 4K HDR movies that have won favorable comment on the internet. Whether to stream online or download them to watch offline, the listed best 4K movies are worth your concern.

Let’s get down to business. Read through the following described key plots on the best 4K movies you are looking forward to.

Ready Player One was a highly ambitious movie that managed to surpass all expectations when it released earlier this year. Sure, the concept of a virtual reality game where you can be anybody you want did sound incredible from the start, but the movie could have easily turned into an incomprehensible mess if not handled properly. Luckily, Steven Spielberg was at a top of his game with this one and managed to deliver one of the best HDR movies of the year. 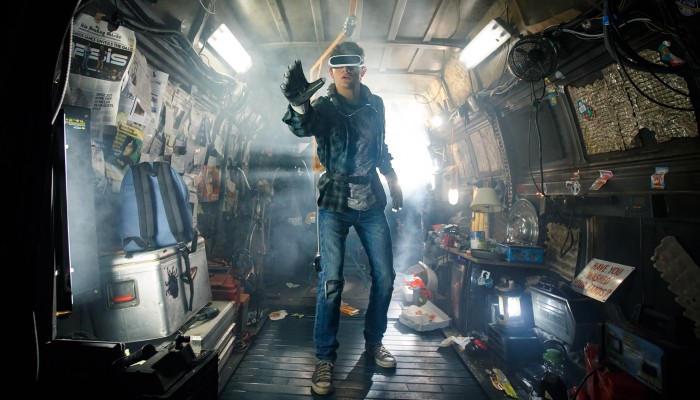 Easily one of the most highly anticipated HDR movies of 2018, Avengers: Infinity War turned out better than it had any right to be. Making a compelling movie that features literally dozens of important characters seemed like an impossible task but the Russo brothers made it happen anyway. The main reason why Infinity War works so well is because it assumes viewers are already familiar with what’s going on in the MCU and doesn’t waste any time with origin stories. There aren’t many other 4K HDR movies that could afford to take that risk but in this case, taking the risk was the only way to deliver on the promise of making the best superhero movie of all time. 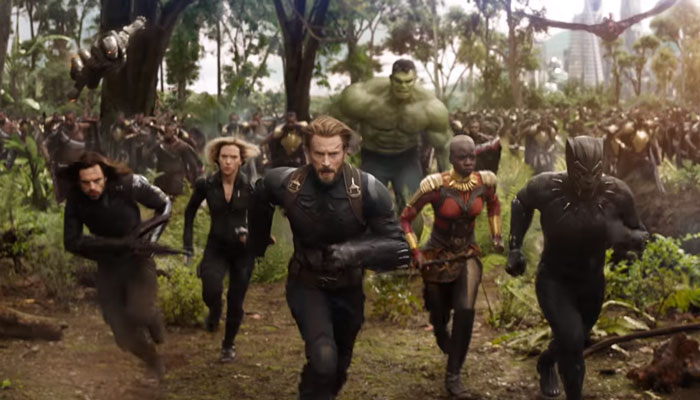 The Shape of Water

I think it’s safe to say that this movie isn’t for everybody. The Shape of Water is a dark fairy tale about a woman who falls in love with a strange amphibious creature. It’s not quite a monster film but it’s definitely not a romance movie either. What’s clear is that this rather unusual blend of genres makes for one of the most enjoyable HDR movies currently available. This might very well be one of Guillermo del Toro’s best works to date so make sure you don’t miss out. This movie really deserves one of the best 4K movies. 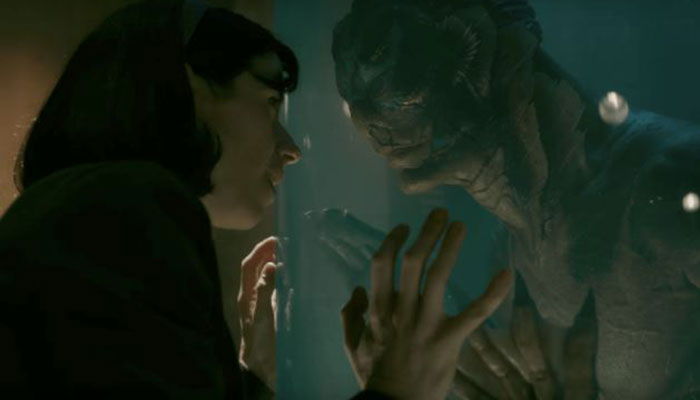 If you’re looking for best HDR movies in the sci-fi genre, Blade Runner 2049 is going to be right up your alley. Fans of the original Blade Runner may have a hard time admitting this, but the sequel is actually better than its predecessor in certain aspects. That definitely wasn’t an easy feat to achieve given that the original Blade Runner is considered an all-time classic and genre-defining movie. Still, great acting, writing, and modern CGI all came together to create one of the best 4K movies that no sci-fi fan should miss out on. 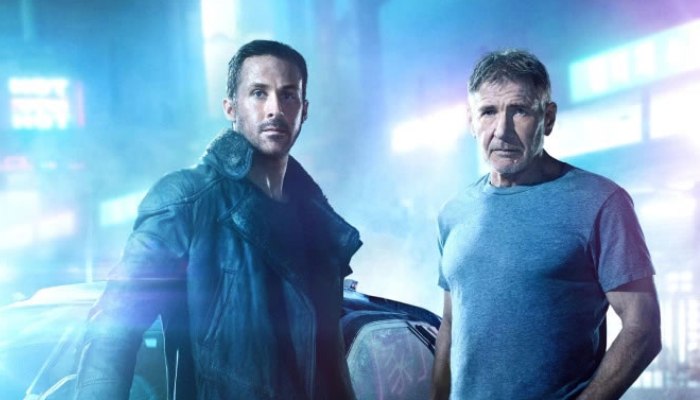 Black Panther is considered one of the most visually impressive 4K HDR movies out there and it’s easy to see why. The character of Black Panther along with his home country of Wakanda are all about advanced futuristic technology, which means that the movie relies heavily on CGI. That can often be a downside since special effects tend to become outdated with time, but it’s safe to say that won’t be the case here. The CGI used for Black Panther is absolutely cutting-edge and that makes the movie as a whole look incredible when viewed on a screen that can handle 4K and HDR10. So, this is also inside the list of the best 4K movies. 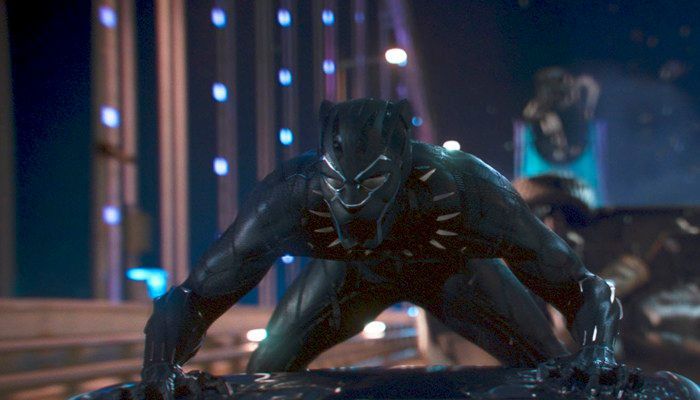 Interstellar came out right around the time when 4K HDR movies were starting to become commonplace and we’re sure glad that it did. This movie is a visual spectacle at any resolution but truly shines in 4K where the level of detail is simply astounding. In spite of the highly complex subject matter it handles, Interstellar is actually one of the most scientifically accurate movies ever made. That’s rarely the case with sci-fi movies but in this instance, it’s not too surprising since the producers hired a renowned astrophysicist to act as their scientific advisor. 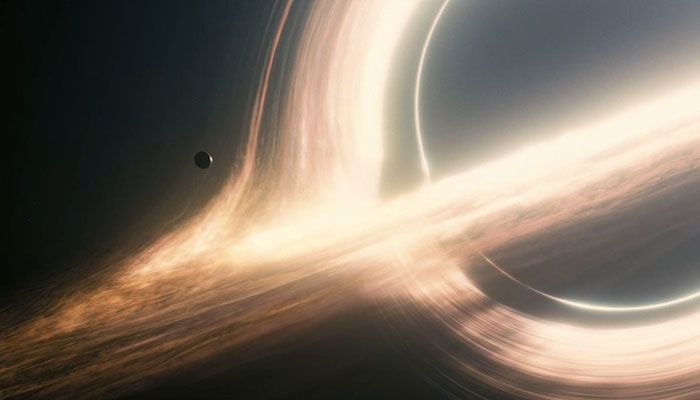 Guardians of the Galaxy Vol. 2 takes everything that was great about the original and expands the story in an exciting new direction. This time around, our heroes are faced with a planet-sized threat known as Ego that just so happens to be a cosmic entity and Star-Lord’s real father. That certainly explains a thing or two about why he was able to wield one of the Infinity Stones in the previous movie, doesn’t it? Very few 4K HDR movies are as vibrant and colorful as Guardians of the Galaxy Vol. 2, which is one the main aspects that sets this franchise apart from other superhero movies. 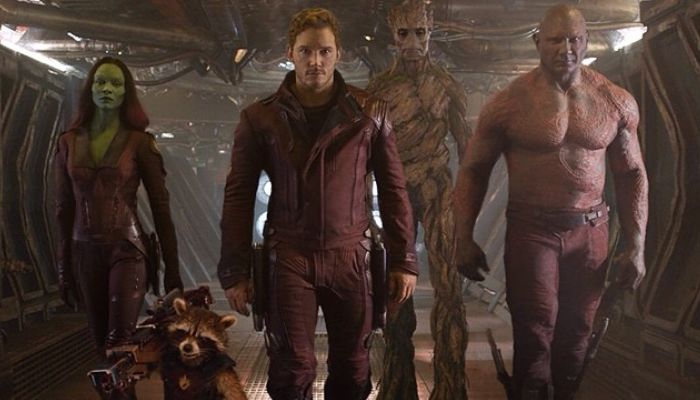 John Wick: Chapter 2, a second installment in John Wick series, was directed by Chad Stahelski and written by Derek Kolstad. It stars Keanu Reeves and tells a story how he goes on run after a bounty was placed on his head. As a black style movie, this film received many claps partly from its editing styles, partly form its swift and innovative action scenes. A HDR 4K version will definitely give as much thrilling visual experience as possible and deserves a second watch if you have already watched it on a movie theater. 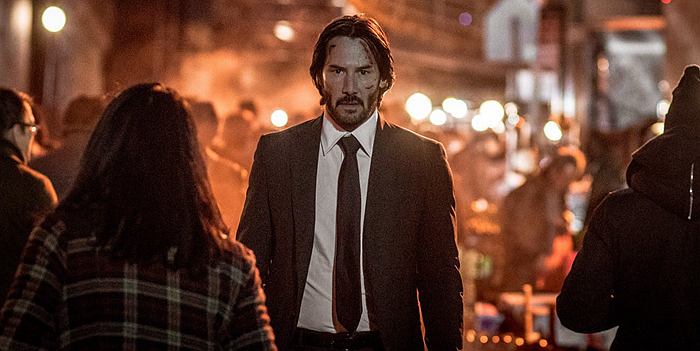 Pacific Rim: Uprising is a sci-fi movie featuring giant monster or Kaiju and human-controlled big robots. it was set in the 2035 year when a number of unknown giant creatures crawl out of pacific and start a war with humans on the rim of the Pacific Ocean. The scene is very thrilling, involving a series of actions, chase, and blow-ups. There is no better media than a 4K HDR version that provide you the shocking effect and thus the experience deriving from that. No doubt this can been deemed as one of the best 4K movies. 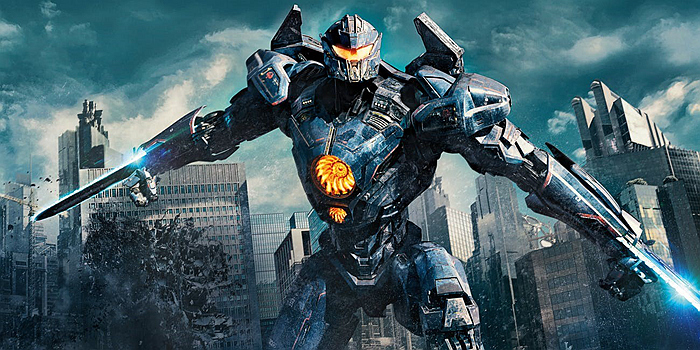 Skyscraper is a disaster movie starred by Dwayne Johnson. It tells a story about how a U.S. Marine war veteran and now an FBI Hostage Rescue Team (HRT) leader risks his life in rescuing his wife and daughter from a burning skyscraper whose owner once invited him to review its security condition, but gets involved into this fire disaster because of personal grudge. 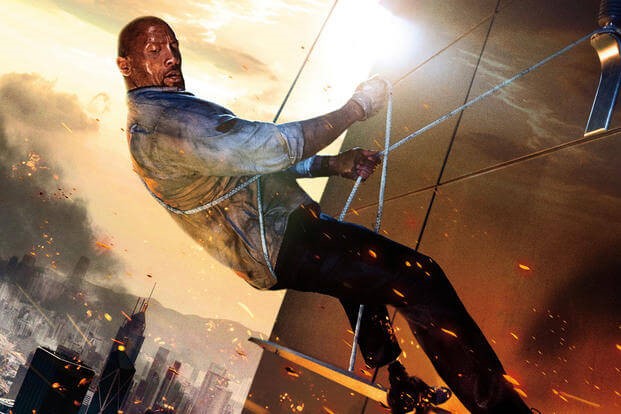 2. How to Download 4K HDR Movies with DVDFab Downloader

The following simple guideline will help you make the most of this best free video downloader, which is available on Windows, Mac and Android smartphones. 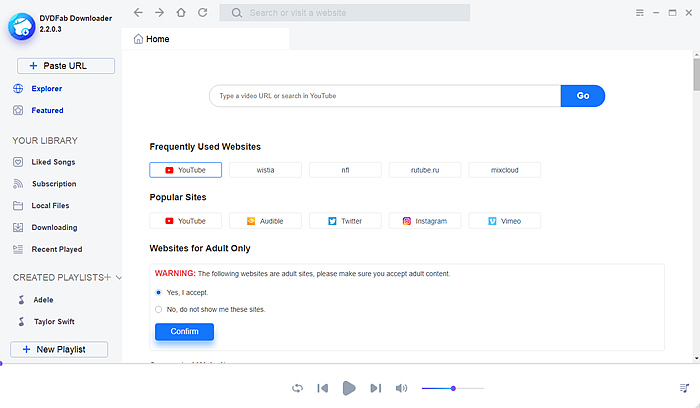 Tab the +Paste URL in the left pane of this video downloader, copy & paste video URL on Netflix into the box. If you want to download 4K HDR movies in batch, add all URLs in the text line by line. Then choose your video quality as needed. 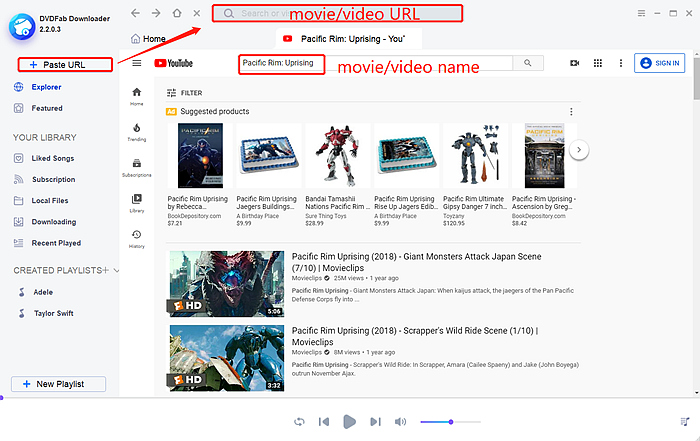 Once done, tab ‘Download’ button and wait for the 4K HDR Movies on Netflix to be downloaded. If you subscribe to premium version of this video downloader, Turbo-speed will be activated to quicken the downloading process. Then search the downloaded movies from ‘Local Files’ on the left pane. By the way, you can enjoy downloaded Netflix movies with the best 4k media player, DVDFab Player 6, the most full-featured media player able to playback DVDs, Blu-rays, UHDs and all kinds of videos.

4K HDR movies are becoming increasingly more popular with each passing day and I don’t think anybody is upset about that. Instead of watching 4k movies online, why not download the best 4K movies for offline playback whenever and wherever possible? Actually, this versatile video downloader allows you to download video/audio from 1000+ sites such as Netflix, YouTube, Facebook and Dailymotion, with the highest quality (320kbps for audio and 4k/8k for video) and fastest speed. Next time when you want to count your thumbs by watching best 4K movies instead of streaming online, go and try this best free video downloader, DVDFab Video Downloader. Once installation, it will bring you stunning user experience out of expectation. By the way, after downloading best hdr movies, it's time to enjoy them on 4k media player like DVDFab Player.