What is the best streaming video recorder? How do I record streaming videos for free? Recording streaming videos has never been easier thanks to the multitude of software currently available on the internet. That’s definitely great to know because there’s always something good streaming on the internet that you may wish to record. Videos get taken down the internet all the time so having a tool that will help you record them is a must in order to ensure that you’ll always have access to your favorite content.

It’s difficult to say for certain which is the absolute best streaming video recorder but we can guarantee that the tools we’re going to talk about today will get the job done every time. We’re grouping these tools into two different categories based on platform availability to make it easier to find the software that’s most suitable for your needs. First of all, we’re going to take a look at some of the best streaming video recorders for Windows/Mac and then we’re also going to talk a bit about the best recorders for Android and iOS devices. With that in mind, let’s start off with the first category.

First, let's dive into the top 5 best streaming video recorders for Android and iOS. Nowadays, smartphones boast an increasing number of features like 1080p image quality similar to desktop or laptop computers. Many people tend to watch streaming videos on mobile for the sake of convenience.

This streaming video capture software comes equipped with many great editing tools that you can use to crop or trim videos, add watermarks, or even picture-in-picture effects using your webcam, to name just a few examples. In addition, the AirPlay Mirroring feature lets you see what’s being recorded on your mobile device directly from your computer. It is evaluated by users to be the best screen recorder for streaming. 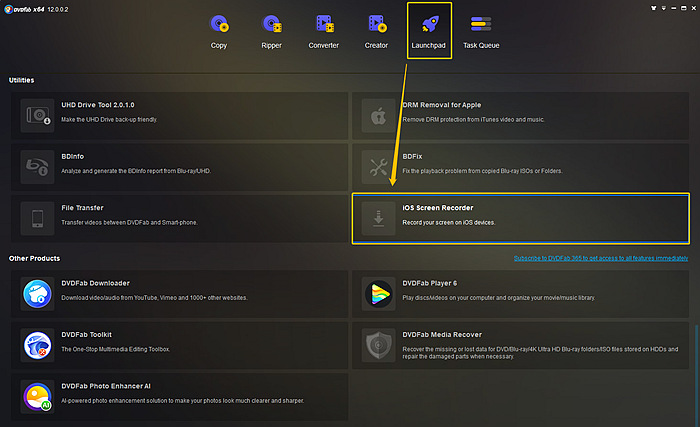 Note that if you are searching for professional but easy-to-use video converter and video editing software, you can turn to DVDFab Video Converter Pro. It stands out from the rest because of its full advanced features.

We mentioned Twitch a bit earlier as a popular hub for gaming videos. While it’s best to use a third-party streaming video recorder if you’re capturing footage from your computer, on mobile you can actually just use the Twitch app. As you might imagine, the app was designed specifically to work alongside Twitch and is mainly intended for gaming.

In addition to being a capable streaming video recorder for iOS, CoolPixel also offers a number of useful editing tools. In fact, it’s probably best used as an editor first and foremost, though it’s not too bad as a recording tool either. This app is also used mainly for gaming but it works great for recording other types of videos as well. Regardless of what you’re recording, you can then edit your videos by choosing from a variety of filters and special effects. Try to get your streamed video captured for offline play.

You don’t have to worry if you don’t know how to capture streaming videos because this app makes the whole process easy and straightforward. The app is very lightweight and drains very little of your battery so it’s a great choice if you want to record something that’s already eating up a lot of resources. This streaming video recorder doesn’t come with a lot of editing tools but it does offer some nice configuration options that allow you to adjust things like frame rate, resolution, and more.

A streaming video recorder developed by the folks over at Twitter, Periscope is a great app for anyone who enjoys sharing videos on social media websites. Despite being designed to work alongside Twitter, Periscope also lets you upload your recorded videos on other platforms like Facebook and Instagram. The app is perfect for live streaming as it shows information about your viewers but can also be used to record videos that you want to upload later.

Camtasia is widely known for being professional stream recording software that offers plenty of great features. The software is mainly aimed at those looking to create professional videos so expect plenty of choices when it comes to editing tools, special effects, and various options for uploading your videos online. On the flip side, while you can record streaming video in high quality using this software, it’s not going to be cheap to get the premium version so maybe start with the free trial and see how you like it.

Filmora is popular for its ability to record streaming video on Mac in a way that’s very simple and intuitive even for those who are not very tech-savvy. The Windows version is equally to use and comes with the same features as the Mac version. The software allows users to record videos of up to 120 FPS and is able to capture quality lossless audio alongside video footage. This streaming video recorder also includes a number of useful editing tools.

This particular streaming video recorder is actually an online tool but doesn’t worry because it works just as well as most traditional software that needs to be installed locally. With Screencast-O-Matic you can record streaming videos for free and the software even offers users the option to upload their videos directly to YouTube afterward. The editing tools are pretty basic but they’re enough to help you get the job done in most situations.

Open Broadcaster Software, otherwise known as OBS, is a very popular open-source streaming video recorder. The software is primarily used by gamers to stream their playthroughs live on websites like Twitch or YouTube Live. That said, you can definitely use the software to record streaming videos from other sources as well. This tool is a bit more complex when compared to other programs but that just means you’ll have more options to play with once you get used to it.

You’re probably already familiar with VLC given that it has been one of the most well-known multimedia players around for many years now. What you may not know is that the software can also be used as a streaming video recorder. The software is available on all platforms and offers some pretty good customization options when capturing video and audio. It does lack some of the more advanced features available to its competitors but the fact that it doesn’t require users to install any additional features makes it a worthwhile pick. If you are looking for the best free video streaming software, then VLC is a good choice. 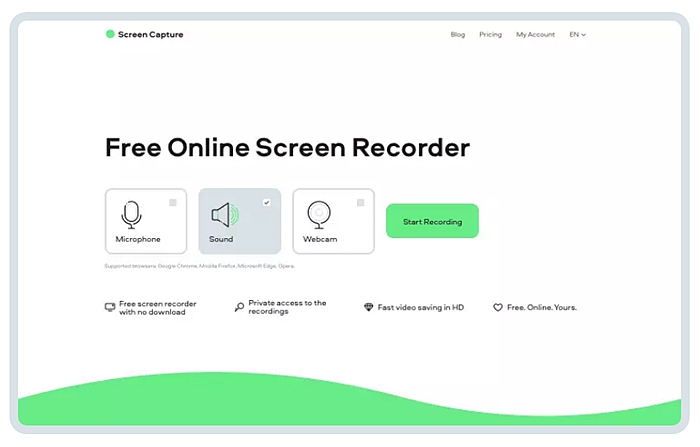 How to capture streaming video online for free

What is the best free video recording software? Regardless of whether you’re a Windows, macOS, Android, or iOS user, there’s clearly more than one good streaming video recorder software to choose from. We haven’t talked too much about the price but it’s worth mentioning that some of these tools are free while others need to be purchased. But there are also some premium streaming video recorders that offer free trials. DVDFab Screen Recorder & Editor for iOS is a good example of this.

The streaming video recorder software comes with a 30-day free trial so you can get a taste of its capabilities and also offers a premium version for those who want access to all the professional features and editing tools available. The free trial is great for simple videos but if you want to create professional videos consider looking into the premium version.

One more word, want to upscale video from 480p to 1080p radically? DVDFab Enlarger AI will help you out!