Download streaming videos from Paramount Plus, including shows and movies, to your local HDD as MP4 videos, in 720p or 1080p resolution, with 5.1-channel audios and subtitles of your choice.

Paramount Plus Download, Price, Availability: Everything You Care About

When and where will ViacomCBS announce the replacement of CBS All Access as Paramount+? As the rebranded version of CBS All Access, the new streaming service Paramount Plus has been officially launched on Thursday, Mar. 4, 2021 concurrently in the United States, Canada and 18 Latin America countries. Next, ViacomCBS plans to expand the streaming business to Nordic countries later on Mar. 25, following by Australia later this year as a revamped version of the current 10 All Access. As for other European countries, especially the U.K. and others, there is no confirmed release dates yet. 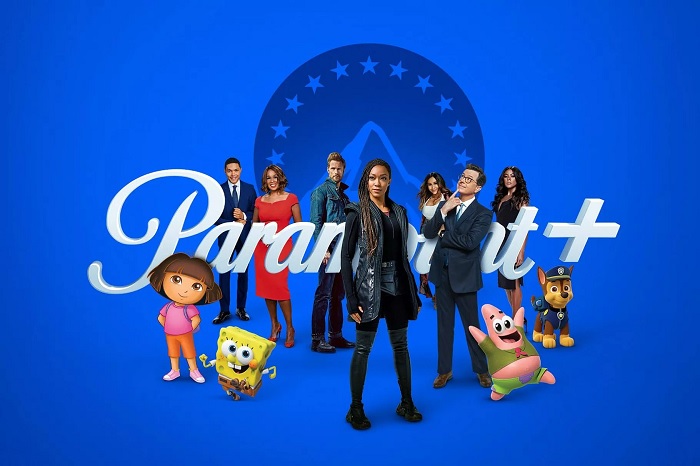 How much does the new Paramount Plus cost? Paramount Plus launches with two plans for newcomers, one is ad-supported Base Plan, the other the Premium Plan without ads, with a new Base Plan coming in June to replace the current one. 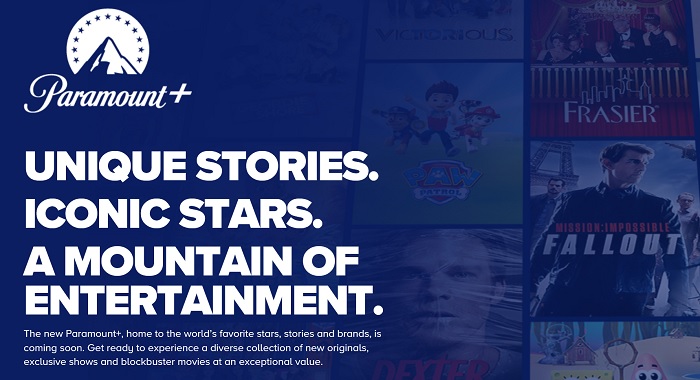 Free Trial: similar to most of the other streaming services, all the newcomers have a 7-day evaluation period to device whether Paramount+ is worth your subscription. However, to celebrate the rebranding, Paramount currently offers a big bonus to the early birds, extending the entire rest of March as the free trial.

Base Plan: with only $5.99 per month or $59.99 paid annually, you can access everything offered on the new streaming platform, but you will have to watch the advertisements, too. If you cannot tolerate ads, then the premium plan is your better choice.

Premium Plan: the premium tier costs $9.99 per month or $99.99 annually, you can binge watch everything on Paramount Plus without the interruption of commercials and advertisements.

Moreover, another base plan which costs only $4.99 per month is scheduled to take effect in June. When this new base plan officially comes, it will replace the initial $5.99/mo. initial plan, and it is also comes with ads, but in the meantime, removes all the live local CBS networks. 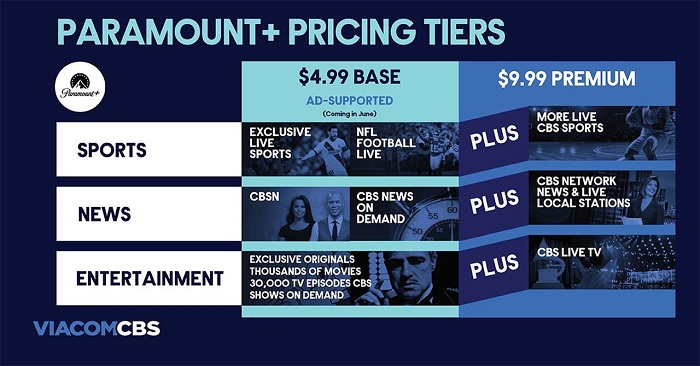 Anyway, for the price paid, you get the following benefits:

Available on: Apple devices including the TV set-top boxes and all iPhone/iPad models, Android devices including TVs and smartphones/tablets, Chromecast, Amazon Fire TV, Portal TV, PlayStation 4, Samsung TV, Vizio TV, LG TV, Roku, Xbox One and Series X, Xfinity Flex. Or, you can directly watch on your favorite desktop browser from www.paramountplus.com on a computer regardless of the operating system. 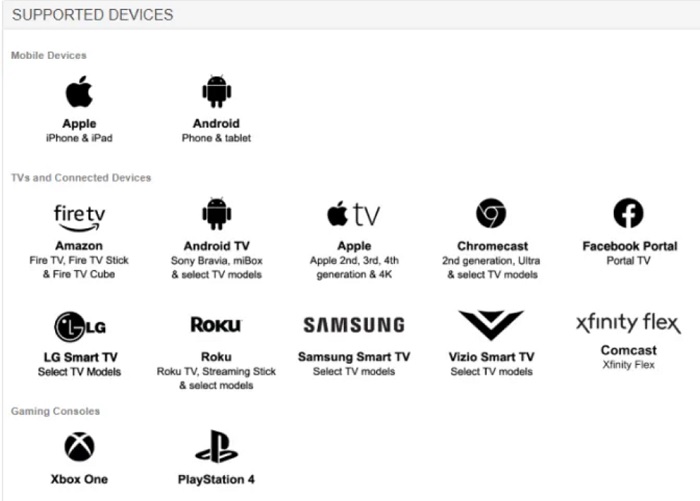 Section 3. What about the Existing CBS All Access Subscribers?

The above plans are just meant for new subscribers. Then what about the existing CBS All Access customers? Well, as a current subscriber of CBS All Access, you don’t need to cancel your current subscription, nor do you have to pay extra money to watch the movies, shows and originals on Paramount+. Your current CBS plan will be seamlessly transferred over to the new platform.

This means, if your current CBS plan is the ad-supported $5.99/mo. plan, then you will be automatically updated to the new Base Plan that comes with ads, while the $9.99/mo. CBS subscribers shall get the new ad-free Premium Plan. So you just need to login to the new service with your existing CBS All Access credentials, and start to watch your favorite shows and movies as usual.

Extra Tips: when the new $4.99/mo. base plan comes in June, do not switch to that plan, because the switch is irreversible as the $5.99 plan will be gone by then. And by saving only $1 each month, it also cost you the access to all the local CBS live channels.

Section 4. What to Stream on New Paramount Plus

Back at the CBS All Access era, the streaming service has been lagging behind all the major competitors like Netflix, Amazon Prime, HBOMax and others in terms of streaming library volume. With the new Paramount+, it’s still not sure how long it will still be playing the catch-up game. That being said, the previous CBS All Access shows, movies and originals are now all available on the new platform, with more coming from other ViacomCBS brands and affiliates, such as Paramount Pictures, CBS, BET, Comedy Central, MTV, Nickelodeon as well as Smithsonian.

Moving on let’s see what Paramount+ has to offer in order to earn its own slice of streaming cake. As mentioned preciously, the streaming library of Paramount currently contains over 30,000 TV Show episodes and 2,500 movie titles, here below is the detailed breakdown of what those contents may refer to. 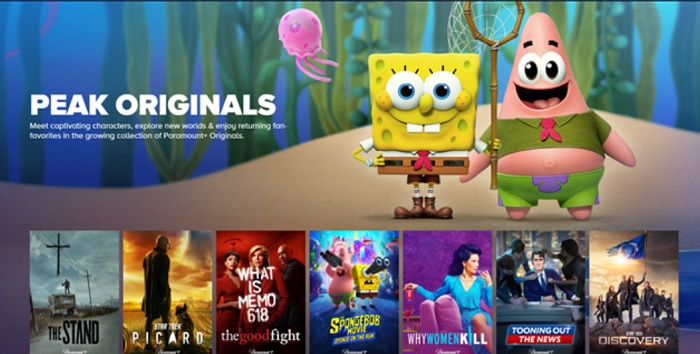 According to the ViacomCBS official statement, there will be more than 50 original TV series coming up to Paramount+ in the following two years, among which, 36 will be premiering this year in 2021.

Besides the new Paramount Plus original series on the schedule, a good bunch of previous CBS All Access original TV shows will see their renewed seasons on the brand-new Paramount Plus, too. This probably will make the existing CBS subscribers happy. Those shows include:

4.3 Movies Coming to Paramount Plus

ViacomVBS announced that movies produced by Paramount Pictures studio will be available on Paramount Plus for streaming 35 to 45 days after hitting the theaters, while movies from other Paramount affiliates might have to wait for 90 days before they can land on the streaming service.

4.4 Paramount Plus Original Musicals and Documentaries

Apart from TV Shows and movies, there are also original musicals and documentaries you can expect.

Paramount Plus will carry on the news and live sports channels from CBS networks, including the 24-hour streaming news service named CBSN and sport service known as CBS Sports HQ.

Whoa! With so many original TV shows, movies, musicals, documentaries, sports and live news coverage, maybe there is still hope for the younger Paramount+ to climb up the streaming mountain. Despite not practical to beat the No. 1 Netflix, but at least to take on those minor rivals such as Disney+, Apple TV+, ESPN and the likes.

After learning everything about the new Paramount+ streaming service, you must be wondering with so many gorgeous movies, TV shows and other videos to binge watch, can I download Paramount movies, TV shows and other videos so that I can keep them on my local HDDs for offline viewing, like I used to do on CBS All Access? Definitely, the answer is Yes. Like its predecessor, the new Paramount Plus allows subscribers to download Paramount videos for local playback, but with certain limits

Well, these restrictions don’t sound nice to you, do they? So how can I bypass those limits and watch my downloaded Paramount contents whenever I have free time, as many times as I would like to, and my downloaded videos never expire even I don’t have time watching them beyond 30 days? To answer to all these questions, you need a streaming downloader software that you can use to download videos from Paramount+, instead of using the official download method.

Among those streaming downloaders, the Paramount Plus Downloader is the cure to fix your problem here. With this Paramount+ downloader at your proposal, you can easily download videos from Paramount+, whether movies, TV Shows, and other genres of videos. As long as you want to download, it can help you download them as offline MP4 videos, so that you can watch them anywhere and anytime with no strings.

Available on: only Windows as of now

Additional Tips: at the upper right part of the playback screen, you can toggle on the High-Speed button that shall allow you to download at 2x faster, and if the video you’re playing belongs to a TV series, then this Paramount Plus downloader can detect that, and then automatically gather all the episode information of the entire seasons so that you can put all of them into the download task list at one go.

Sometimes watching the downloaded Paramount+ movies and TV Shows on your home DVD player might also a good option. But to do that, you will first need to burn the downloaded MP4 videos to blank DVD9/DVD5 discs to make your own home DVDs. This is when and where the DVD authoring software from DVDFab 12 can help. With this DVD burner software, you can burn whatever videos you have to blank DVD discs, including but not limited to MP4, AVI, MKV, WMV, and more. 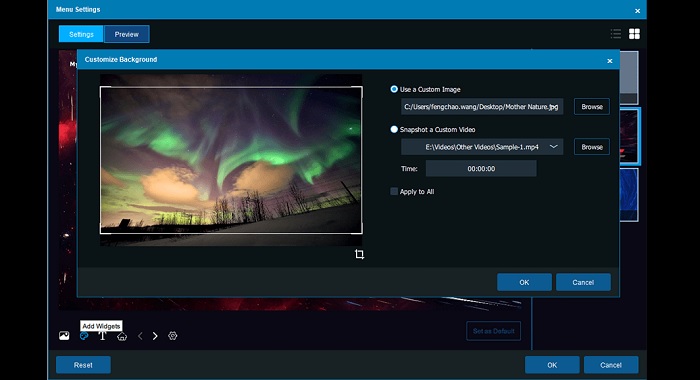 Available on: both Windows and macOS

With the rebranding of CBS All Access as Paramount+, it looks like ViacomCBS is shifting its main focus from live broadcasting to streaming so that it may still stand a chance to win its own piece of bread from the streaming wars before it is too late. After all, streaming is the king of the future entertainment. With more players joining the competition, the war is becoming only more drastic in the days to come.

Contents wise, the good thing with the new Paramount Plus is, there is already a tight release schedule containing thousands of hours of movies, TV Shows, originals, musicals and even documentaries. Plus the live TV networks featuring extensive news and sports coverage, there will always be something you might be interested in.

As the ways to enjoy your favorite Paramount+ contents, you can stream them at home when Wi-Fi coverage is not an issue, download them with the Paramount Plus downloader software introduced in this article for unrestricted offline viewing on the commute, or even burn the downloaded MP4 videos to DVDs for playback on your home theater connected DVD player. No matter which approach you pick up, you can always watch to your heart’s content.

2). Is CBS All Access ending?
Yes. By the time the $4.99 ad-supported version of Paramount Plus launches in this June, the $5.99 CBS All Access plan will no longer be offered to new subscribers. However, existing CBS All Access customers carrying that plan will still be continued as long as they don’t make a switch to the new $5.99 plan.

4). What channels does Paramount plus have?
The $9.99 premium plan includes everything on Paramount+, including CBS local news, CBS News network (24/7), CBS Sports HQ, and ET Live, and more other local channels.

5). Is Yellowstone going to be on Paramount plus??
Not the original three seasons which are now only available on the Peacock. But down the line, Paramount Plus will have exclusive Yellowstone spinoffs, like the prequel Y:1883 expected later this year.

DVDFab Paramount Plus Downloader enables you to download your favorite TV shows and movies from Paramount Plus to your local hard drives saved as premium MP4 videos either in 720p or 1080p resolution depending on your choice. It also features a batch mode allowing you to download up to 5 videos concurrently at 2x faster with hardware acceleration.