There may be different opinions, but don’t you think Bollywood is a bit overrated? The regional film industries are working so hard and producing great movies, which often certain Bollywood movies get tougher competition from them. Now, take these Telugu films. They are just blockbusters! If you look for YouTube latest Telugu movies, you will find these on the top. Don’t worry; you will get dubbed versions. Watch them once and I’m sure you’ll love them. 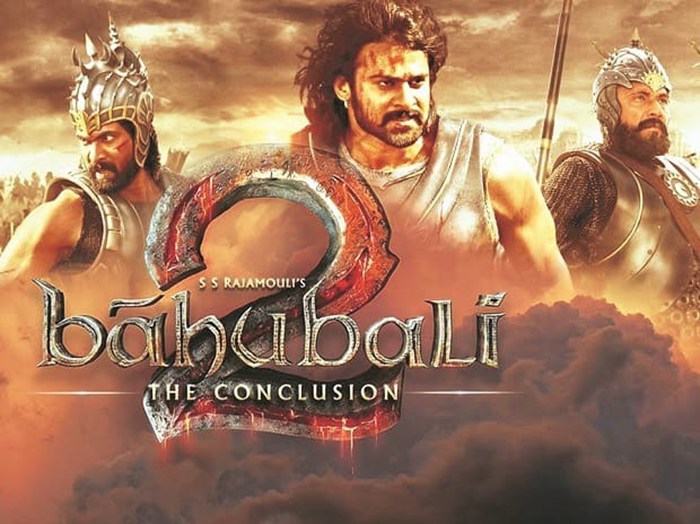 How can you not include this one on the list? Have you seen ‘Baahubali’? This is the prequel of the film where you get the story of Amrendra Baahubali, the father of Mahendra Baahubali in the first part. And the nation got the answer: ‘Katappa ne Baahubali ko Kyun mara?’ (Why did Katappa kill Baahubali?) Released in 2017, this movie got 8.0 IMDb rating. Whenever there is a talk about the best Telugu movies on YouTube, Bahubali 2 is mentioned for sure.

Talking about the best Telugu movies on YouTube 2017 and not mentioning this one will be a great mistake. It got released in 2017, and the IMDB rating is 8.5 out of 10. You can call it an action-romantic film where the protagonist, Arjun Reddy, the final year medical student leads his life towards self-destruction and becomes alcoholic when his girlfriend is forced to marry someone else. Vijay Deverakonda as Arjun Reddy is the gem of the movie. 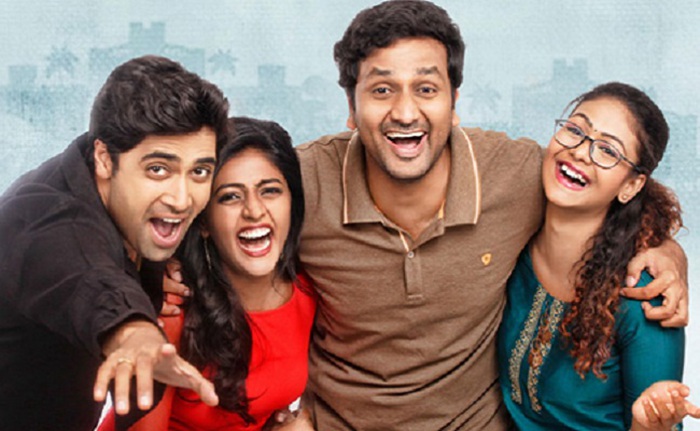 This romantic comedy is really hilarious. It is also among the most watched Telugu movies on YouTube. Basically, it is the story of two couples who managed to get along without hurting their parents’ feelings. In their lovey-dovey journey, they meet an eccentric man. What happens next? To know that you need to watch this 2017-released film that is got 7.1/10 on IMDB rating.

Thisis an action-drama and was also released in 2017. Why did it get 8/10 on IMDB rating? Know it once and you will get it. You can call it a Sci-fi also as Niranjan, the hacker hacks government’s secret information and now on the control of it. How Sekhar, the investigation officer gets involved in a murder case and solve this Niranjan-issue is the main plot of the movie. It is one of the best YouTube Telugu movies of 2017.

This historical piece was a huge hit and now you can watch it on YouTube. Released in 2017, it got 6.7 on IMDB rating. It is based on the life of the great king, Satakarni, the emperor of Satavahana Kingdom. 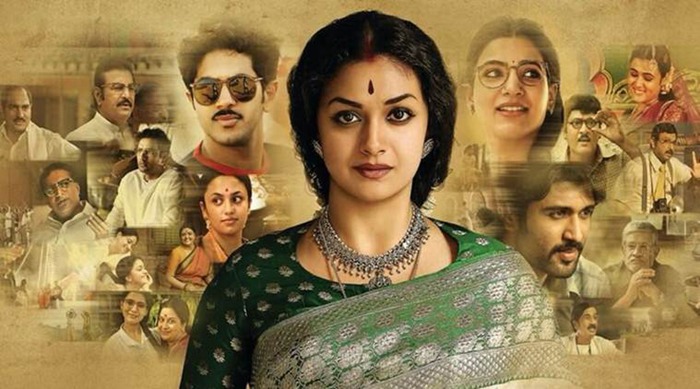 With IMDB rating 9, this 2018 Telugu movie was a big hit at the south. This movie shows the rise of a South-Indian superstar, Savitri and the twists her life takes as she goes on. Keerthy Suresh played the role of Savitri with articulation, and she made it eternal with her acting skill. You should watch it now.

Ram Charan is quite a famous face to all of us, right? If you love his acting, watch this movie. This 2018 movie got 8.8 out of 10 on IMDB rating. This is the story of Chitti Babu, who is a simple villager and a boat skipper. He is hearing impaired but his fate makes him entangled in the political vendetta of his village, Rangasthalam. This is an action drama that was quite a huge hit in the south.

This 2018 release got 8.4 on IMDB rating. Do you love a thriller? Then this movie will definitely be appealing to you. The lead character, Bharat Ram is a graduate from London, who eventually become the chief minister after his father’s death. How he performs his responsibilities under continuous threats of his enemies is the main story of the film. 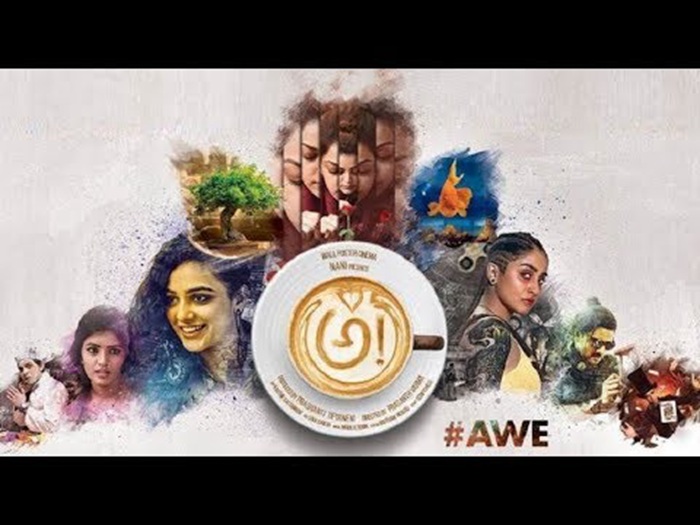 The name is interesting, right? The movie is more than you can imagine. This Sci-fi and thriller movie got released this year and already scored 8.3 on IMDB rating. This film is kind of a psycho-thriller with multicasting. You should watch this film once to feel the eeriness of it. It is one of the YouTube latest Telugu movies.

While watching Telugu movies on YouTube, this must be on your list. This film is so apt in today’s situation that you must watch it. This is about a middle-class youth who raised his voice against the boring and traditional system of education that makes only muggers, but not thinkers. It was released in 2018 and got 8.2 on IMDB rating.

·        Integrated YouTube makes your work easier as you launch the software, and start searching for your movie since YouTube is already opened there.

·        Once the movie is downloaded, you can convert that to different format by adding it to the Video converter or Creator modules of DVDFab.

·        Launch the software after installation. 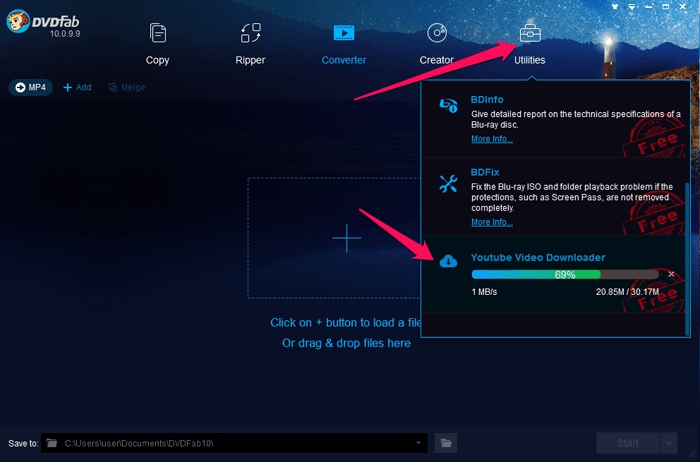 ·        Once done, a new window for YouTube Video Downloader will open. 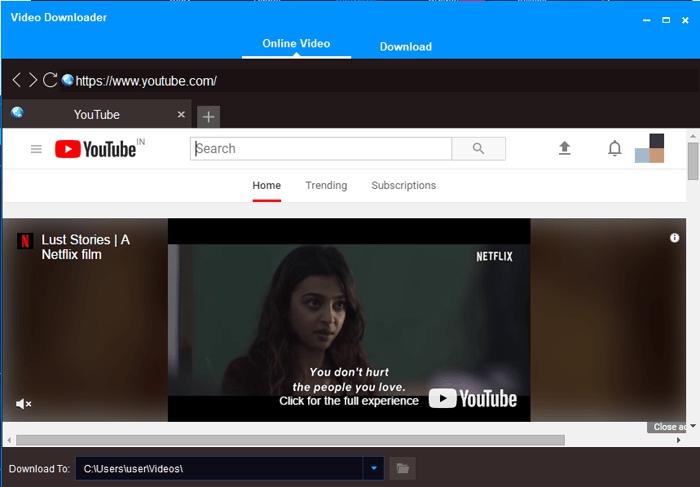 ·        Use the search box to type the movie name, and once the result appears, click the desired one to play the movie

·        Now, when movie starts playing, you will see a download button there as you can see in the screenshot below. Mouse-over it to see more options for video quality. 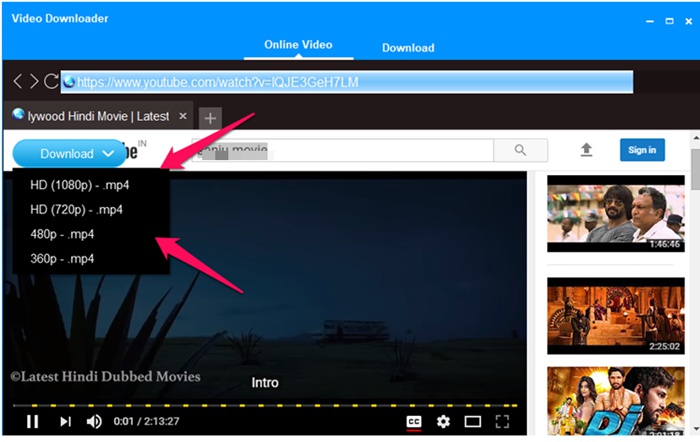 ·        Click the option that you require, to begin downloading.

Now, you only need to wait for the movie to get downloaded.

If you also want to find some Telugu songs, please click these top latest Telugu songs to learn more.