If you have a large number of videos in different formats stored on your hard drive, you can convert these videos to Blu-rays to play on a Blu-ray player or share them with your friends. How to convert videos to Blu-ray? It would be easy if you have a great video to Blu-ray converter at hand. DVDFab Blu-ray Creator is the best video to Blu-ray converter that can convert any videos including MKV, MP4, AVI, TS, MOV, WMV, etc. to high-quality Blu-rays that can be played on a Blu-ray player. It also comes with a powerful editor for you to customize your own Blu-ray. This guide shows you how to convert videos to Blu-ray with DVDFab Blu-ray Creator.

Run DVDFab 11, go to “Creator” module and load the video(s) you want to convert according to the instructions on the main interface. 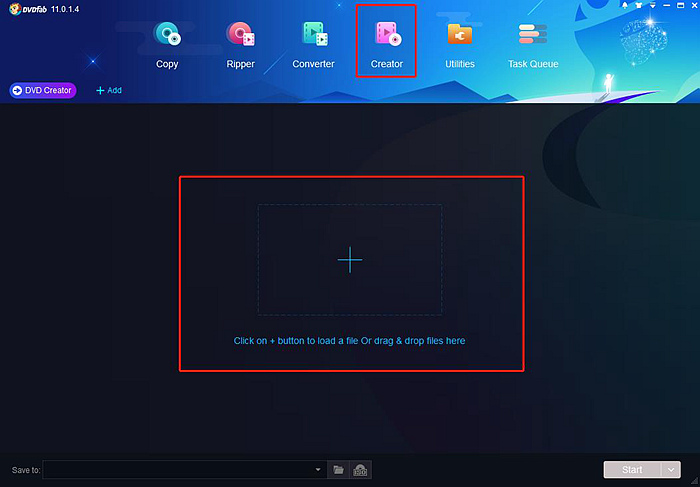 Go to the mode switcher on the top-left corner to choose the Blu-ray Creator mode. 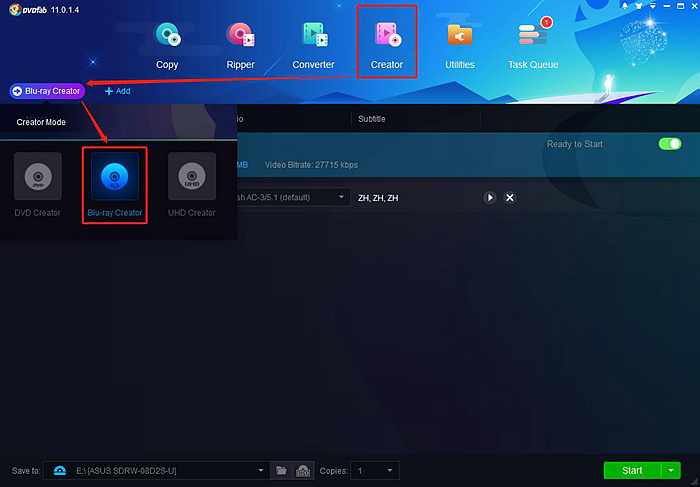 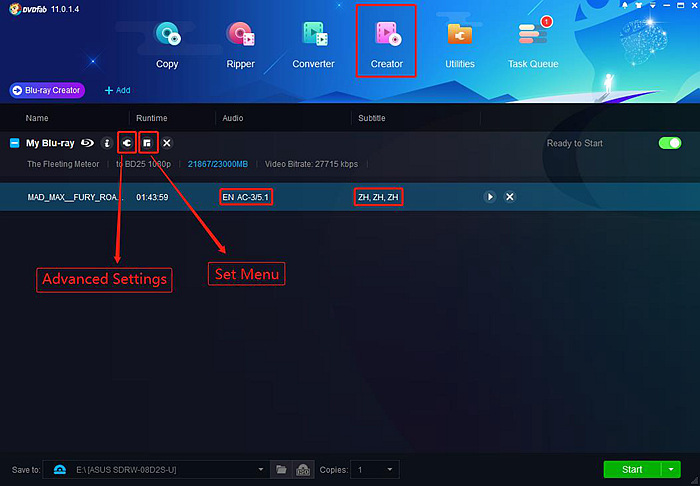 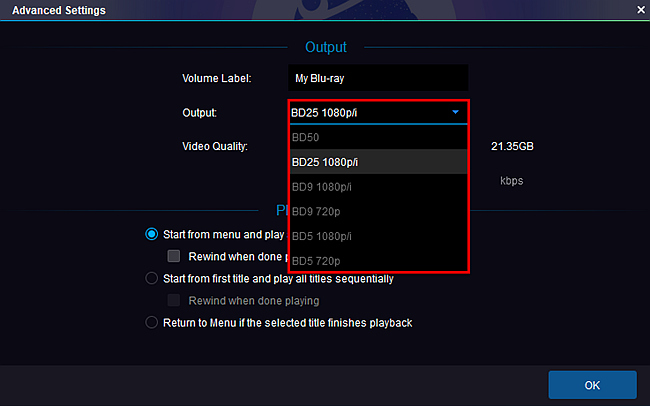 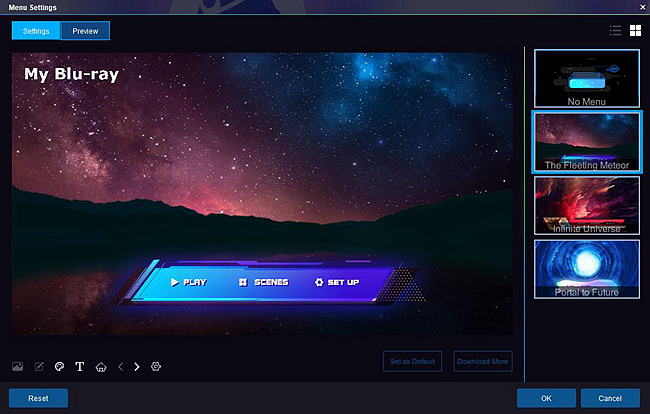 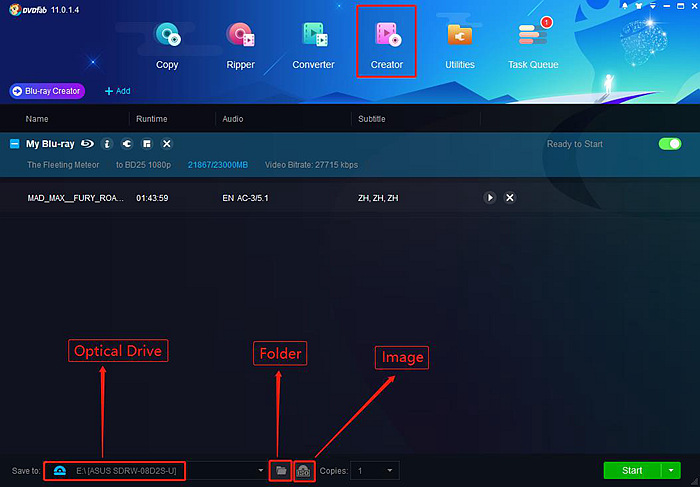 Click the “Start” button to start the process of converting the video to a Blu-ray.