Know any professional Blu ray authoring software? Never mind! First, let’s figure out why a Blu-ray outrank a DVD. Blu-ray is the HD disc format that is used for storing several hours of videos into one disc in HD quality. If you want to enjoy a movie on a big screen, you must use the Blu-ray disc instead of a normal DVD for the optimum experience.  Because on a bigger screen, DVD video can be pixelated due to quality limitation, but Blu-ray video won’t pixelate and offer crystal clear video quality. That is the reason; everyone wants to go for Blu-ray.

And, when talking about Blu-ray, we need professional Blu ray authoring software that can create Blu-rays by burning any video into a Blu-ray disc or making Blu-ray ISO files or folders saved on HDD. In this article, we are going to list 5 professional Blu-ray Authoring Software Mac and Windows.

DVDFab Blu-ray Creator is an amazing Blu-ray authoring software program that burns any video to a blank Blu-ray disc or as ISO file/folder easily and quickly. It burns all types of videos including HD camcorder videos as well. 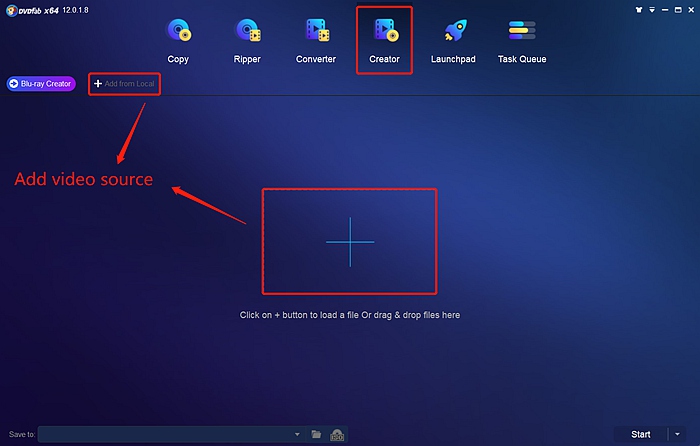 Click the Advanced Settings icon to choose the output format (BD-50, BD-9, BD-5) and playback mode. You can add external subtitles to the Blu-ray movies to be burned from videos with this Blu ray authoring Mac & Windows program. 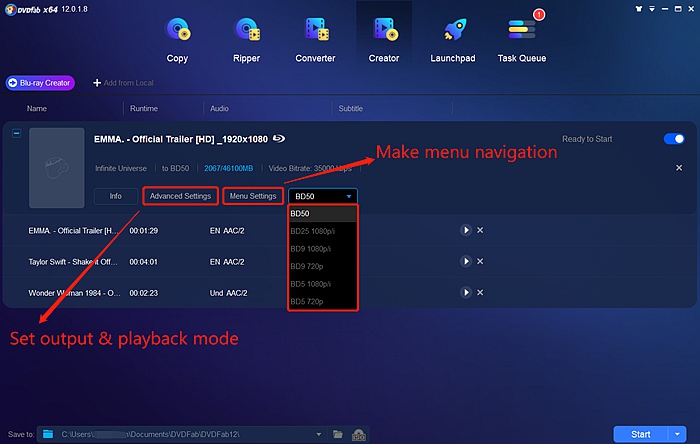 Then tab the Menu Settings icon to create your own professional-look menu navigation from the given menu templates. Remember to personalize the menu from the customized options. 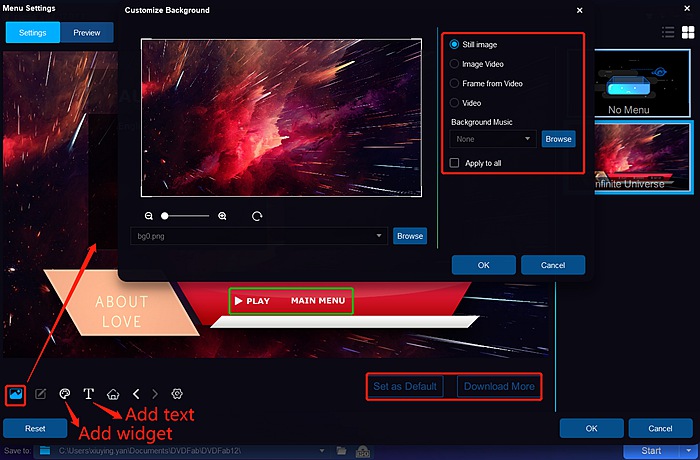 Leawo Blu-ray Creator is a professional Blu ray authoring software program for Mac OS X and Windows that can burn normal video files to a Blu-ray disc. If you burn a 3D video to Blu-ray, it retains the 3D effect. Even, it can add 3D effects to 2D videos while burning to Blu-ray.

Xilisoft Blu-ray Creator is another professional Blu-ray authoring software program on our list. It supports almost all popular video formats as input and burns them to Blu-ray discs, ISO images, or DVDs. This Blu ray authoring Mac & Windows software burns HD camcorder videos to Blu-ray discs as well without any quality degrades.

StarBurn is the next on our list of Blu-ray authoring and burning software tools. It burns any video file into a Blu-ray disc or ISO image. It has good compatibility with almost all the versions of Windows. It quickly burns your video to Blu-ray.

Nowadays, everyone one of us likes the best video quality possible while watching videos or movies. And, when it comes to watching on bigger screens, CDs or DVDs may not offer optimum quality. There comes Blu-ray into the use which stores high-quality videos to offer the best quality when played even on bigger screens.

This article shows you the tools of making Blu-rays from videos, but if you also want to find a Blu-ray ripper, please check out rip Blu-rays to MP4/MKV/AVI/MP3 and more.