Summary: Here is the list of the top 15 best clean rap songs in 2021. Check the article to find the clean rap songs you like and we offer the free downloader software as well as a best tool to download them from YouTube.

Clean rap may ring a little strange; some people may even think of it as an oxymoron. After all, many rappers include many swear words and insults in their raps in order to vent their true inner feelings. In this article, we shall tell you the best free downloader software ever.

However, the emotional aspect of rap doesn’t mean that it has to be unsuitable for all but the most specific audiences. There are actually a lot of Christian rappers on board this train. Most of the following list entries are comprised of clean rap songs from such rappers. There are also a few others from mainstream rappers.

This song is considered the breakthrough of Queens-based 16-year-old rapper Lil Tecca, who began releasing songs through SoundCloud in 2018. Lil Tecca has gone from a high school sophomore to securing a top 10 placement on the Billboard charts for this song- Random- in just one year. Before his career took off, Lil Tecca dreamed of playing NBA.

In the warmer months of 2021, women rappers lead an unprecedented season of slaps-which shouldn’t come as a surprise, given how women have dominated hip-hop throughout the year. Saweetie is one of these women. Her song-My Type-has taken over nightclubs and day-parties all month.

Lil Nas X released his “Panini” video on a Thursday morning, and mere hours later the memes are already rolling in. As X explained, “Panini” actually marks the “first song” he ever recorded in a traditional studio environment. “I gotta make it short, I gotta make it catchy, I gotta have quotable lines that people want to use as captions” before creating, X thought. And the truth has turned out that he is not wrong.

This song is projected to have reached 80 million streams in a week, meaning it’s on track to break an on-demand streaming record currently held by Drake. And this song’s profile first swelled thanks in part to TikTok videos and other viral memes, while subsequent attention has centered on its removal after a week on Billboard’s Hot Country Songs chart. Things like this always happen. Therefore, it would be better if you have downloaded this song. For this, you may need a music downloader.

Drake is following through on his promise to release new music in celebration of the hometown victory. He has shared the music video for his new song “Money in the Grave” in June after his beloved Toronto Rapter won the 2019 NBA Finals. This song arrived along with “Omerta” in a release dubbed “The Best in the World Pack”.

Clean rap songs aren’t hard to find with this awesome rapper around! Even though he identifies himself more as a maker of hip-hop music, Lecrae is still hailed as one of the most prominent Christian rappers this decade has to offer. The clean rap songs have to offer have this artist to thank for their existence and popularity.

This rapper is one that has definite, undeniable bars. What's even better is that he deliberately avoids any kind of profanity, making his songs a non-guilty pleasure! With “Blessings,” he’s proved his worth as an artist by getting a mainstream hotshot musician to collaborate with him. The result is a song that fulfills all your rap requirements but without the objectionable content.

Again, no list about modern rap songs would be complete without some solid mention of Drake. He’s not filed under the Christian genre, but that doesn’t mean he can’t make a rap without the usual profanity. That clear omission hasn't done anything to suppress the popularity of his work either. Within a week of being released, this single shot to the highest position on Billboard’s Hot 100! This is a whole new record in itself.

Looks like Drake is really no stranger to clean rap songs lyrics. This list of the best clean rap songs today continues with this amazing, lilting, distilled narration of Drake’s shining career so far.

“Blem” could have several varied and layered meanings. It could be Drake’s cultural appropriation or a sincere reflection of how his hometown's culture is shaped by immigration. Whatever the case may be, any Drake fan (or just a rap fan looking for clean rap songs 2017) would be delighted by the usual emotions and melodies emanating from such clean rap songs.

This is a relatively new offering but delves right into the transformative realities of rap itself. For instance, the rapper sees the very genre as a way for a poor man to escape his past life and enter a world of wealth. With such a unique view of society, this and other clean rap songs by Staples are sure to make a huge splash!

Trip Lee’s decision to add Suzy Rock’s delicious vocals to this track is nothing short of brilliant. The verses illustrate just the traps we often fall prey to – material things like large cars and houses. Yes, the American dream is definitely one of these.

When all this is revealed, Trip Lee offers us the obvious answer. He points toward Jesus and the righteous way of living as a possible solution.

With the amazingly positive message of this song, any audience would be able to understand how god’s love for them is without condition. This is a message that’s uplifting enough to even melt the heart of an unbeliever. This would be sure to be a big hit in Sunday school and even in gatherings where adults enjoy rap but also want their children to learn good Christian values. It’s no wonder that this song is highly popular among those who like their rap songs clean.

With this track, Tedashii has given us an insight into how he managed to get his own freedom. After wrestling with the inner demons that came from always being on the outside, the rapper healed in a very public way. He mourned the death of his infant son in 2013 and has chosen to channel that pain in the best manner he thought possible.

While the audience would find exuberance and robustness in this track, swear words are strictly off-limits. You can easily listen to this track and many more from the same artist without worrying about your kids listening in.

If you’re a fan of Christian rap already, you would be able to feel the sheer power and uplifting energy of this track. Even if you run miles away from the sound of a church bell, your love for a mainstream rap would make you appreciate this little number.

This track does admittedly have a very Christian message behind it. However, both the song and the video made on it bring forward their message in as appealing a manner as possible.

(14) "Get Back Right" by Lecrae and Zaytoven

When it comes to Christian rap, no one does it better and in a more popular manner than our very own Lecrae! The beat is heavy, there are several trap vibes, and there’s even a bit of the mainstream form of rap bragging. This gives off a level of confidence that is very commendable in such an artist.

If you do enjoy this track, the chances are that you would enjoy the whole album that contains it! You would be able to get access to the Gospel in a way you actually enjoy with the Lecrae’s rapping.

This single by the talented Christian rapper is RIAA Certified Gold, which is a huge deal in any part of the music world. This means that it’s sold more than 500,000 copies in addition to being streamed more than a whopping 51 million times! Any musical number recorded under the Christian genre would find it very difficult to get anywhere close to these numbers, but this track got there for a reason.

The number itself was done without radio play and began its popularity due to organic sharing. The lyricism, heavy emotions, and wonderful storytelling skills of the rapper are particularly uplifting here and completely clean for any kind of audience.

Do you want a lot of clean rap songs ready and available on your computer for easy playing? This is a much easier accomplishment than you may think! There's no need to visit a website and search for a rap song clean version every single time. What you should do is download the best clean rap songs of all time with the DVDFab YouTube Video Downloader! These downloads are absolutely free and the downloader would let you download YouTube videos quickly. If you want to download the songs to MP3 directly, you can try DVDFab YouTube to MP3. You can set up a batch of songs to download at once, so don’t wait around!

Step 1: Install DVDFab YouTube to MP3 on Windows or Mac

Step 2: Paste URL or search the name of your favorite rap music clean 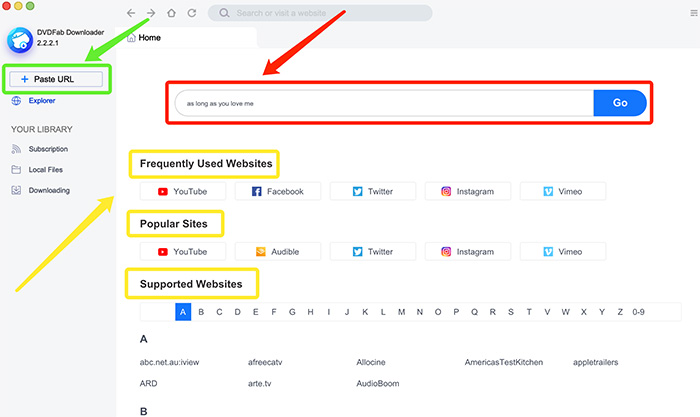 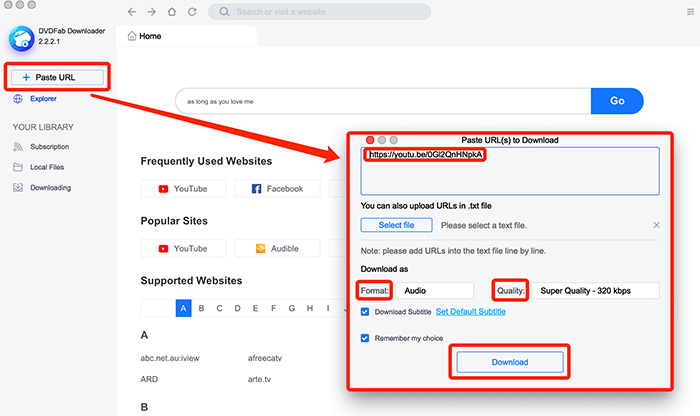 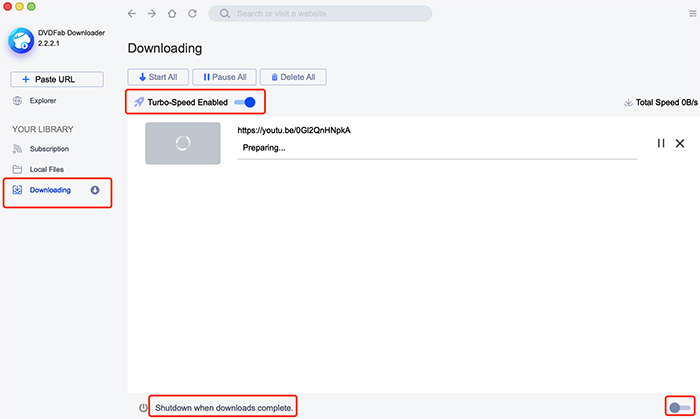 Step 5: Where is the output folder

Click the three-line icon > Settings > Audio Directory where your downloaded great raps are saved. You can set the output destination in advance before starting to download rap music clean. 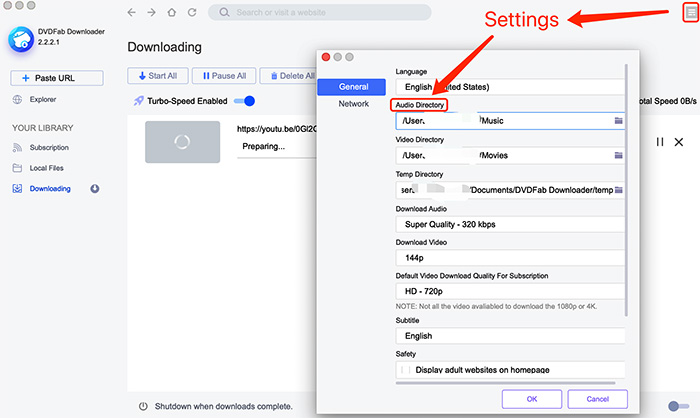 Whenever you meet some wonderful rap music clean or other types of music, just download it on your PC or Android for easy enjoyment with the help of DVDFab YouTube to MP3. It is free to use for up to 3o days and allows you to download music from 1000+ websites. 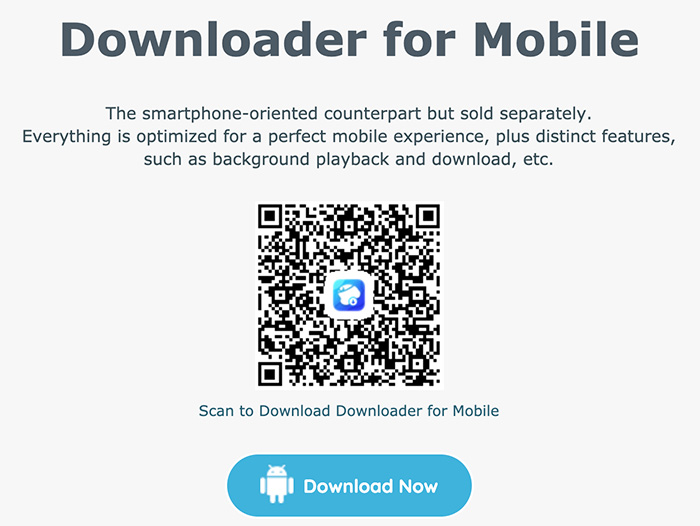 Upscale video to 4K with AI

Table of Contents
•1. Top 15 rap music clean
•2. How to Download the Top Clean Rap Songs on Billboard from YouTube
•3. Conclusion