Summary: If you want to watch Nigerian movies, you sure should check this article. Here are top 15 best Nigerian movies on YouTube till 2018. Here we also show you how to download movies from YouTube.

The Nigerian version of Hollywood is one of the fastest growing film industries in the world right now. Also known as Nollywood, this is an industry that puts out countless movies each year, some of which have recently started getting noticed in the west. Most of the world is probably still not very familiar with the types of films created by Nollywood but we’re here to give you an idea about what to expect. The great thing about these movies is that you can watch them all on YouTube so it won’t cost you anything to give them a try. You can also download them if you’d like and we’re going to show you how to do that at the end of this article. 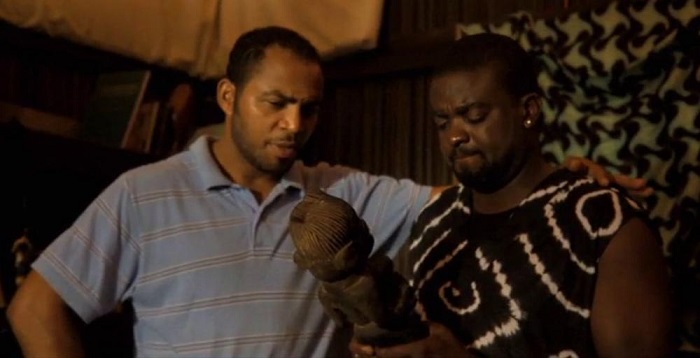 Possibly one of the best Nigerian movies on YouTube about love and romance. The story revolves around a married couple hoping to mend their crumbling relationship by going together on a road trip.

Ghana Must Go is among the most interesting Nigerian movies on YouTube from 2016 that deals with politics. The movie is a romantic comedy so it’s not about politics per say, but it does give viewers some insight into the relationship between Nigeria and Ghana, which hasn’t always been friendly. 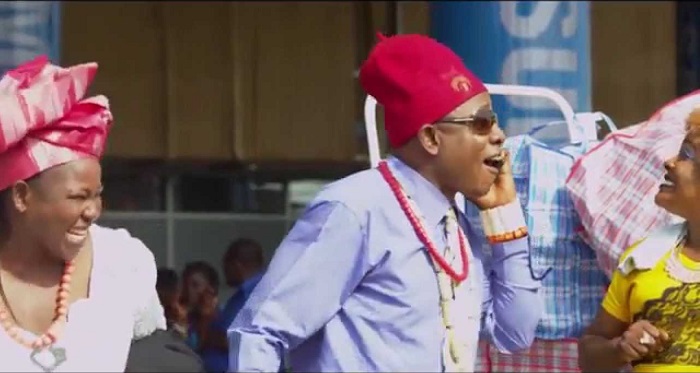 If you’re into films about viral epidemics make sure to check out this Nigerian movie on YouTube when you get the chance. 93 Days is about Nigeria’s effort to contain the Ebola virus before it could spread and create an epidemic. The movie is based on true events that occurred a few years back in Nigeria.

Being aboard a plane while it crashes is one of the most nightmare-inducing scenarios imaginable. But that’s precisely why it makes such a great setting for a thriller as evidenced by the 2012 Nigerian movie Last Flight to Abuja. 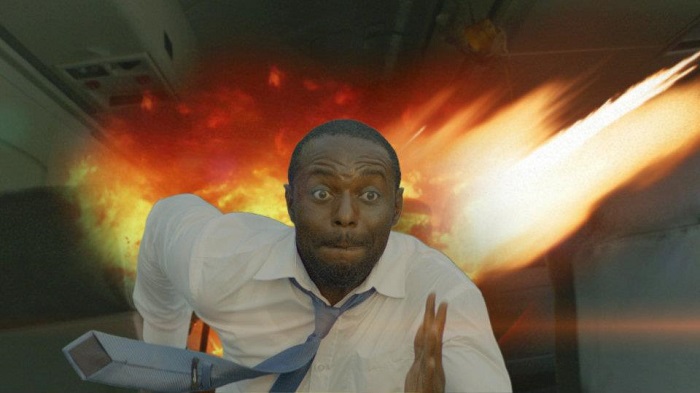 The CEO is easily one of the best Nigerian movies on YouTube that did well outside its home country. The film tells the story of five senior staff members who are competing to become the new CEO of a major company. The CEO was featured at the famous Toronto International Film Festival when it came out back in 2016.

If you’re looking for Nigerian movies set in the past you should definitely give October 1 a try. The film takes place in 1960, a few days before October 1 when Nigeria gained its independence from Britain. The plot revolves around a serious of mysterious murders and a detective’s efforts to find the killer.

Half of a Yellow Sun

Speaking of Nigerian movies set in the past, Half of a Yellow Sun would be a good one to watch after October 1 as the film takes place 1960 and 1970 when the Nigerian Civil War ended. The movie isn’t so much about the Civil War itself but rather about the story of two sisters trying to escape it.

If you’re binge-watching Nigerian movies on YouTube this is a great follow-up to our previous two entries as it takes place six years after the Nigerian Civil War. Just as the title suggests, this one is set in 1976 and is also based on real events. Specifically, the assassination of General Murtala Mohammed. 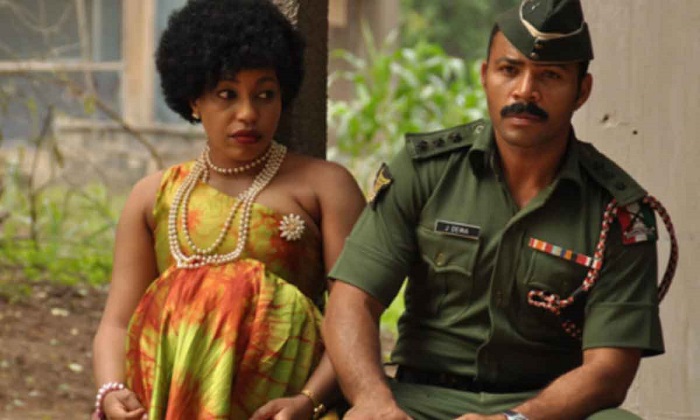 We’re moving away from historical dramas now to take a look at one of the best Nigerian romantic comedy movies on YouTube from 2016. The movie revolves around one man’s quest to re-seduce three of his ex-girlfriends in order to prove a theory known as Okafor’s Law.

Fifty is one of the few Nigerian movies that are available to watch on Netflix, though you can also see it on YouTube of course. The film is all about romance and drama as it follows the daily lives of four successful women living in Lagos. 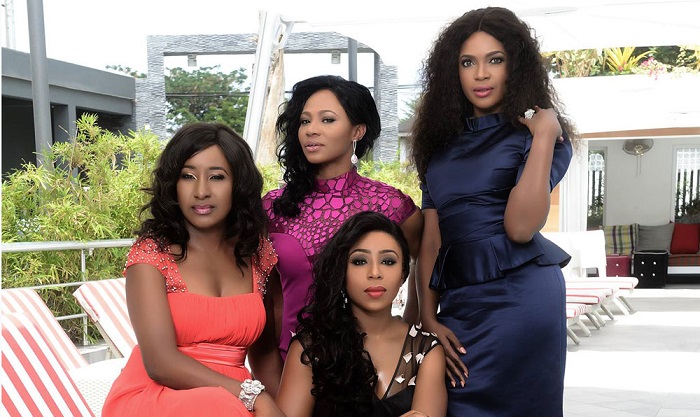 If you live in the west and want to learn more about Nigerian culture you’re going to love this movie. The romantic comedy starts off in Nigeria but the majority of it takes place in Atlanta, USA. Even better, the entire movie is available in English so you don’t even need subtitles when you watch it.

A Trip to Jamaica

This one is similar to our previous entries as it also a trip from Nigeria to the US, with the exception that it eventually leads to Jamaica. The movie even centers on the same main character (Akpos) from 30 Days in Atlanta so it could be considered sort of a sequel. The most interesting fact about this Nigerian movie, however, is that it features a surprise appearance by Hollywood star Eric Roberts. 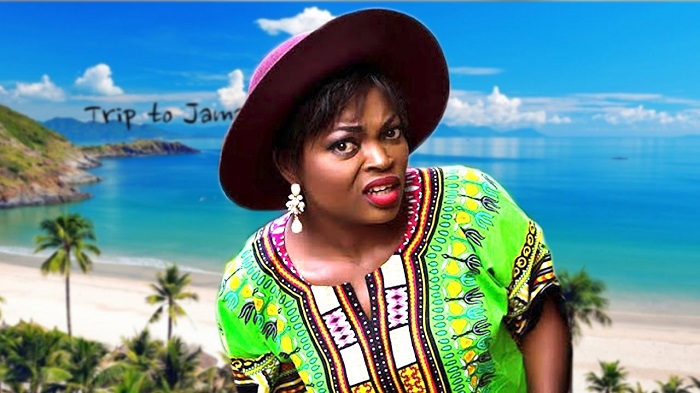 This is a well-known romantic comedy that shattered all box office records in Nigeria when it came out back in 2016. The movie shows us what happens when the preparations for a big wedding go terribly wrong to the point where the wedding is in danger of being canceled.

One of the best Nigerian movies on YouTube from 2017 and by far the most popular, The Wedding Party 2 is the sequel to the highly successful 2016 romantic comedy of the same name. As of right now, this is the high grossing Nigerian movie of all time and is still running in theaters in the country. 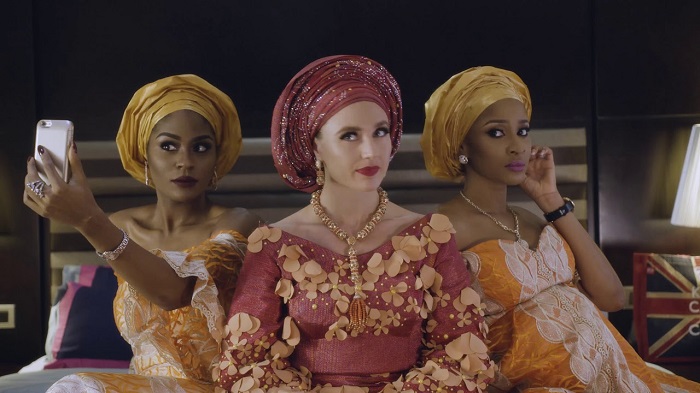 Although you can watch these movies directly on YouTube, that might be a bit difficult to do if your internet connection isn’t always stable. If that’s the case or if you simply want to store them locally on your computer, you can download all these Nigerian movies and many more for with DVDFab YouTube Video Downloader. This is a free piece of software that lets you quickly download any YouTube video, or even multiple videos at a time, and converts them to a format that is easily read by most multimedia players. Here’s how it works:

Step 1. Open DVDFab and go to the Utilities menu. There are a few different tools here but the one you want is called YouTube Video Downloader. Open it. 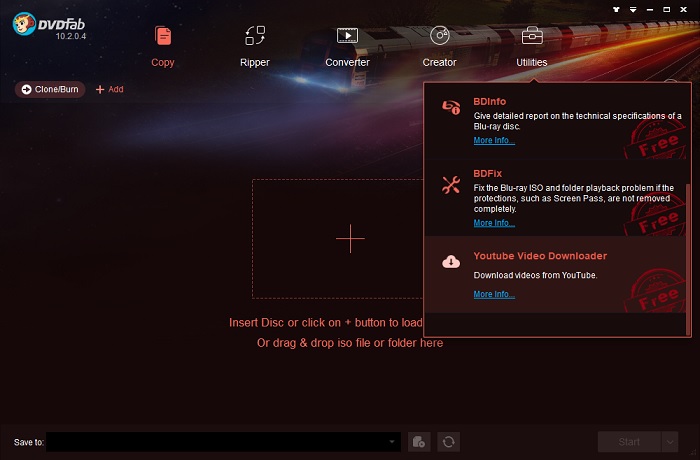 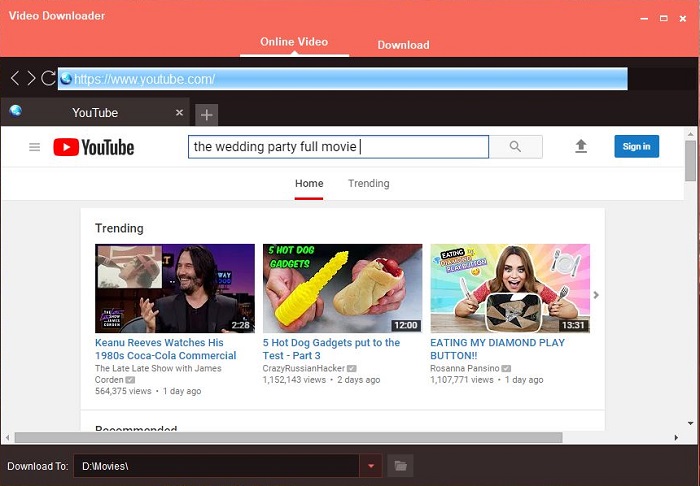 Step 3. Once you found the movie, open it and look for the big Download button found in the top left corner. This is actually a drop-down menu that allows you to pick the quality of the output so choose the option that you think is best. The download will start automatically once you pick the option you want. 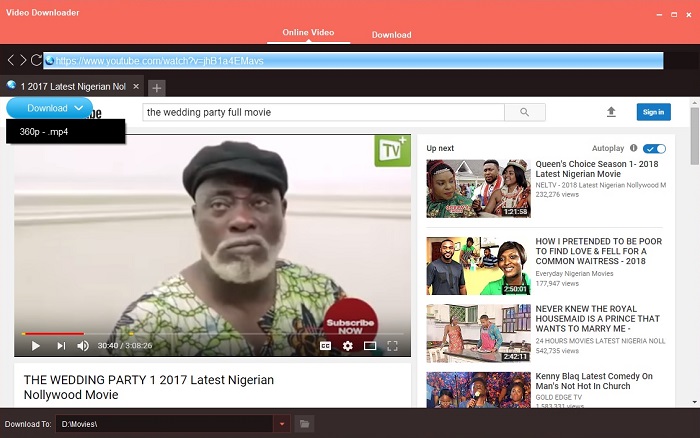 Step 4. Go to the Download tab next to Online Video tab to check on the progress. While you’re here you can also pick the destination folder by clicking on the little icon in the lower left corner. Once the progress bar shows that the movie has finished downloading simply go that folder and play it. 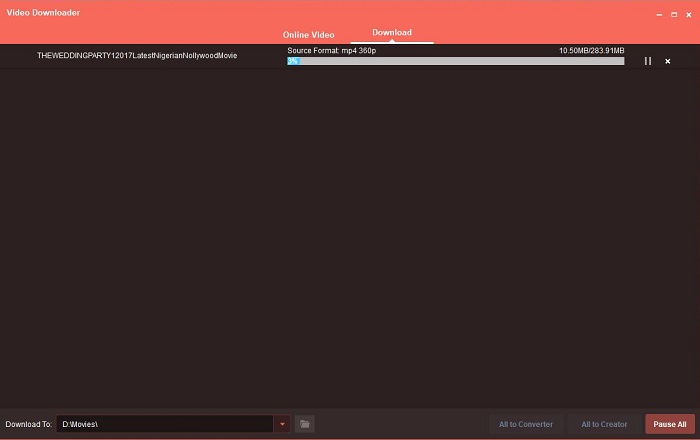