How to Rip 3D Blu-ray to Anaglyph 3D?


Besides the frame-sequential 3D that comes with commercial 3D Blu-ray movies, anaglyph 3D is also a popular 3D format. Do you know how to convert the Blu-ray 3D movies into anaglyph 3D? DVDFab Blu-ray Ripper, a 3D Blu-ray ripper software famous for its ability of producing all kinds of 3D types including glasses-free 3D, side-by-side 3D, interlaced 3D, anaglyph 3D, two separate files, even two videos in one file, is your best option to do that.

This tip below leads you to learn more:

3D Blu-rays to Anaglyph 3D > Step 1: Download and install the latest DVDFab 9 onto your computer;

3D Blu-rays to Anaglyph 3D > Step 2: Launch DVDFab 9, choose Ripper option at the Option Interface (or from the Option Bar at the Main Interface), then load the target 3D Blu-ray;

3D Blu-rays to Anaglyph 3D > Step 3: Click the Profile Box (or Profile Icon) which takes you to DVDFab Built-in Profile Library, and then select one profile your device supports, for example, “3d.mkv.h264.ac3” from the “3D Format” column and “MKV” section; 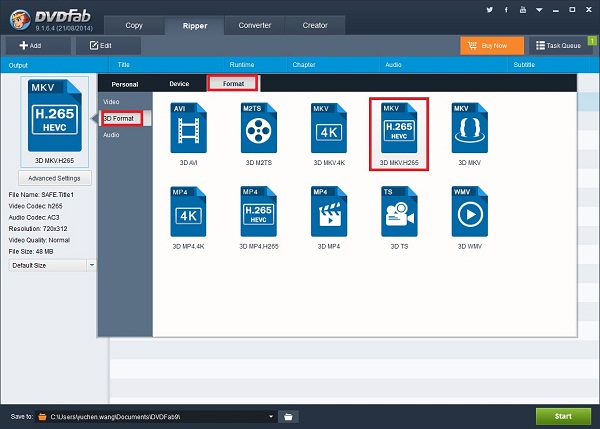 3D Blu-rays to Anaglyph 3D > Step 4: Click “Advanced Settings” button behind the Profile Box to do corresponding settings regarding to video, audio, subtitle and 3D formats and, under the “3D” tab, select one style from the available Anaglyph 3D type; 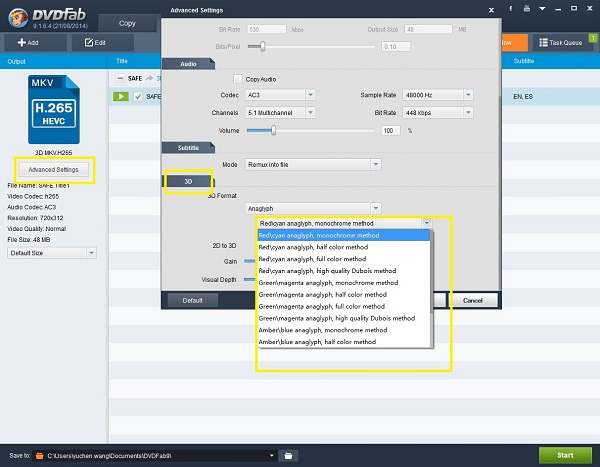 3D Blu-rays to Anaglyph 3D > Step 5: Click the “Edit” button at the top right corner of Operation Window if you want to customize the resulting 3D video. After you have done here, return to the main interface to “Start” the converting process. 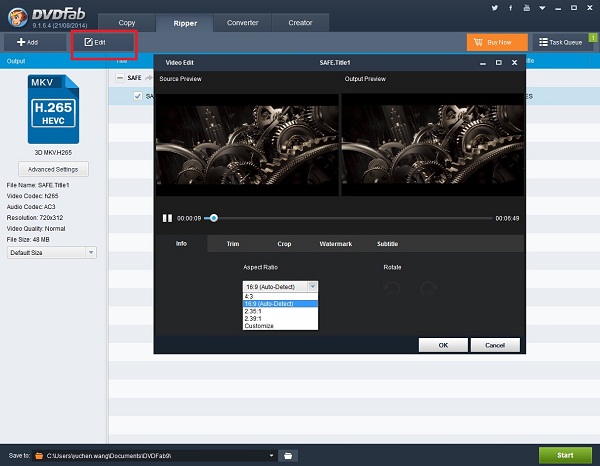 Note: the previous Blu-ray 3D Ripper has been integrated into Blu-ray Ripper. In other words, the redesigned Blu-ray Ripper now is capable to rip 3D Blu-rays into various 3D videos.