Summary: There’s no iMovie for Windows but you can find similar Editing software for Microsoft’s OS. So here we list the top 10 best iMovie Windows alternatives for your reference.

iMovie is one of the most popular video editing applications on Mac for a number of different reasons. The software is not only versatile and easy to use but it’s also available for free and comes installed by default with any recent version of MacOS. Unfortunately, there’s no iMovie for Windows but you can find similar software for Microsoft’s OS that is just as good, if not better. The problem with Windows software is that sometimes there are way too many options to choose from and no way of knowing which of them are any good, which is exactly why we created this list. With that in mind, today we’re going to take a look at best iMovie for Windows 10 alternatives out there.

We’re starting off with the best of the best, DVDFab Video Converter. Just as its name indicates, the software is primarily intended for video conversion and does a great job at it because it can support all mainstream formats as well as their 3D and 4K variants. In addition, DVDFab Video Converter also comes equipped with many editing and customization tools, which make it a great choice for anyone looking for an iMovie for Windows alternative.

The software comes with very precise cropping and trimming tools, the ability to manipulate subtitles, add your own watermarks, and change color proprieties, among other things. On the customization side of the of things, you can use the many available tools to change the video quality, resolution and frame rate, modify the audio proprieties or remove the audio altogether, and more. DVDFab Video Converter also features batch conversion, file merging, and lets users transfer files from their mobile devices and then upload them directly to YouTube. If you’re after quality, speed and efficiency there’s really no better software available today. 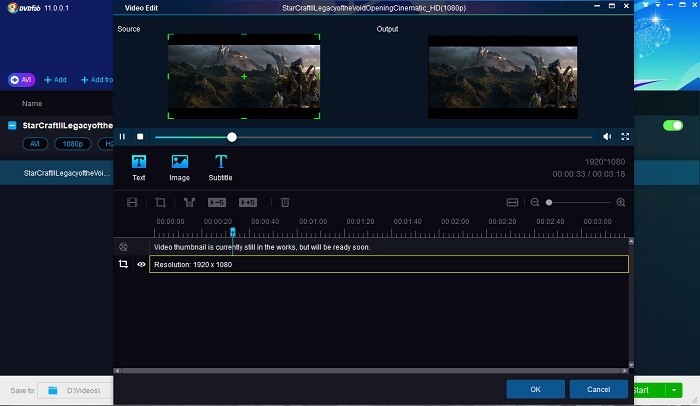 Windows Movie Maker remains the default iMovie alternative for Windows for a lot of people. The software is a bit outdated by today’s standards but can still be used successfully for basic video editing and even some more advanced stuff. You’ve got a decent number of special effects and transitions to work with and you can also use Windows Movie Maker as a screen recording software. 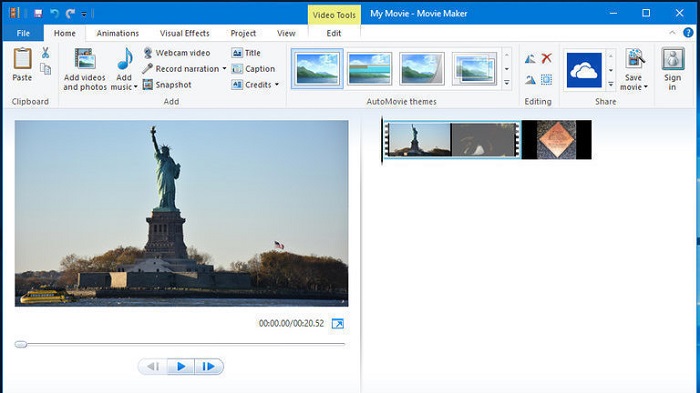 Avidemux is another great iMovie for Windows alternative that you can get for free. This is a nice option for anyone looking to make quick edits with very little hassle. The software is very easy to use thanks to an intuitive interface that showcases all the most important tools on the main UI, which means you don’t have to navigate through complicated menus to find what you need. 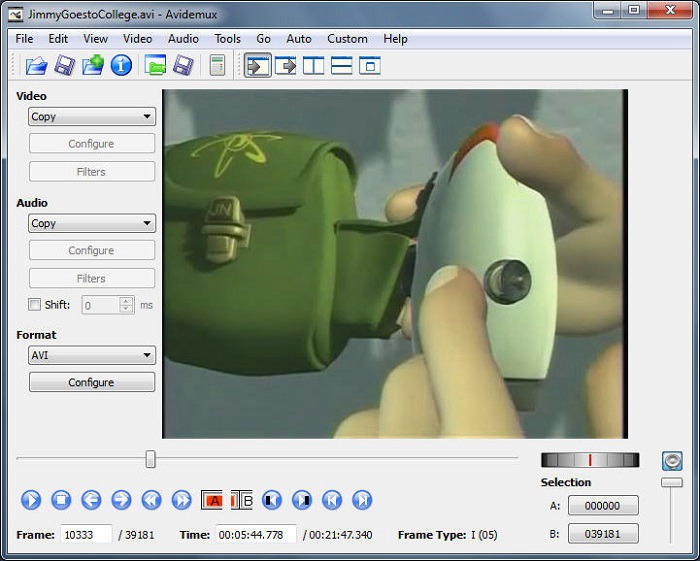 Lightworks is a professional-grade editing software that’s routinely being used to edit major motion pictures. Well, at least the Pro version is. The free is still a good iMovie alternative for Windows but does have a couple of drawbacks, such as only being able to export files as MP4 files at a maximum resolution of 720p. Still, even the free version contains most of the editing tools you’ll ever need to create great looking videos. 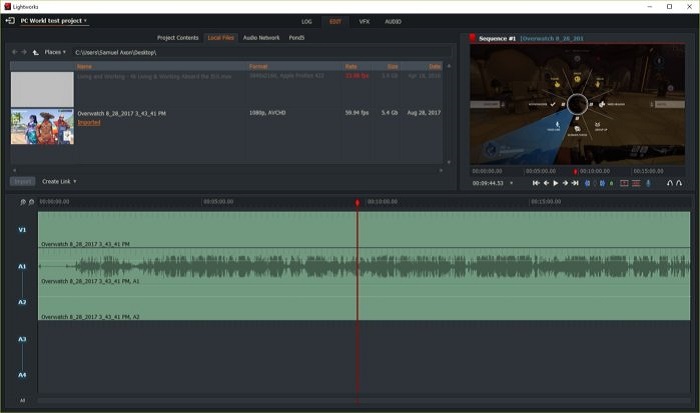 The developers of Filmora worked hard to create a good user interface and it shows. Not only is the UI well-designed but it’s also easy to navigate and quite pretty to look at. Interface aside, this iMovie for Windows alternative is not too shabby when it comes to its editing capabilities either. The software is especially generous when it comes to the wide variety of filters on offer. Filmora is available for free but unfortunately, any video you create with it will include a watermark that can only be removed by upgrading to the Pro version. 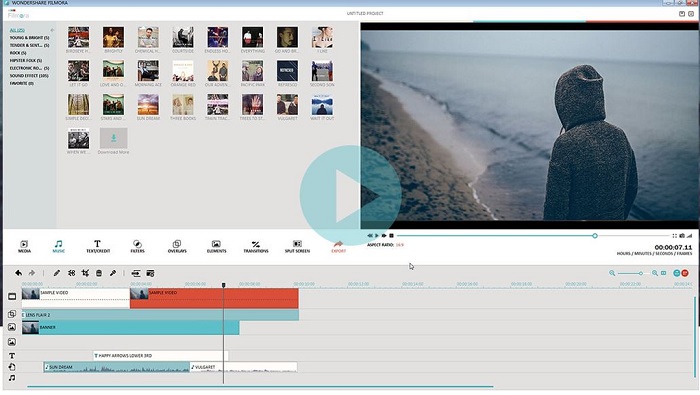 If you like Sony Vegas but don’t want to pay through the nose for it, you may want to try the next best thing, NCH VideoPad. The two aren’t quite identical in terms of their editing capabilities but NCH VideoPad does come pretty close to its more popular rival. The software supports all the popular video formats and includes plenty of great looking special effects and transitions. The best part about NCH VideoPad is that, unlike Sony Vegas, you can download this iMovie for Windows alternatively completely for free with no strings attached. 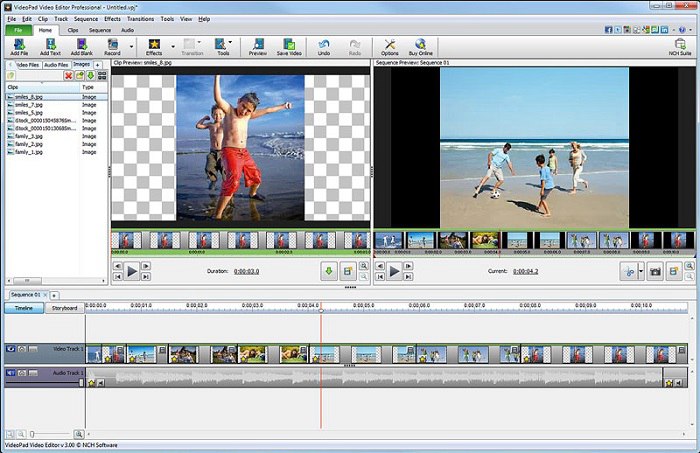 Movavi may not look like iMovie but it certainly tries to be a good alternative by offering a very similar set of tools and features. In spite of its name, the software can actually be used to edit almost any type of media, not just videos. Movavi is a bit more complicated to navigate when compared to iMovie but at the end of the day, it is worth investing the time and effort needed to learn all its inner workings. 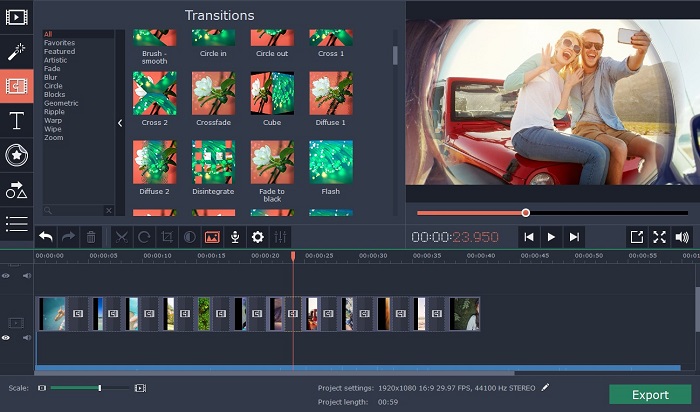 Wondering what it’s like to work on a Hollywood movie? Well, wonder no more because you can get a taste of that process with DaVinci Resolve 15. More than just an iMovie alternative for Windows, DaVinci Resolve 15 is a professional software suite that offers a crazy amount of great features and all the tools you’ll ever need to create full-length movies, let alone homemade videos. Needless to say, this software isn’t for beginners as it was intended for professionals and quite complicated to work with. 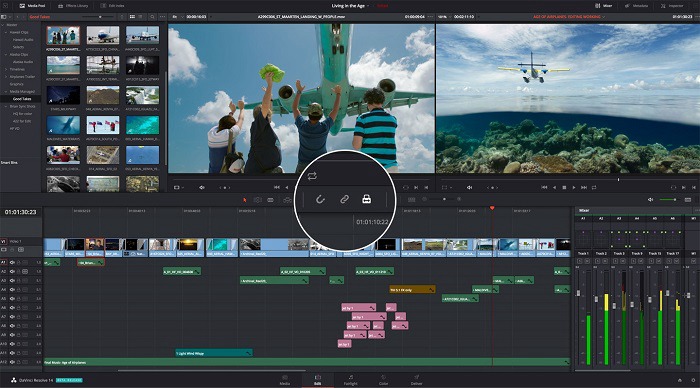 VSDC is a very powerful video editor that rivals even professional software in certain areas. In spite of that, you can download this iMovie for Windows alternative at no cost whatsoever. VSDC is both a video and an audio editor and includes a lot of useful tools, filters, transitions, special effects, and more. The main problem with this software is that its interface looks somewhat outdated, which sometimes makes the editor difficult to navigate. 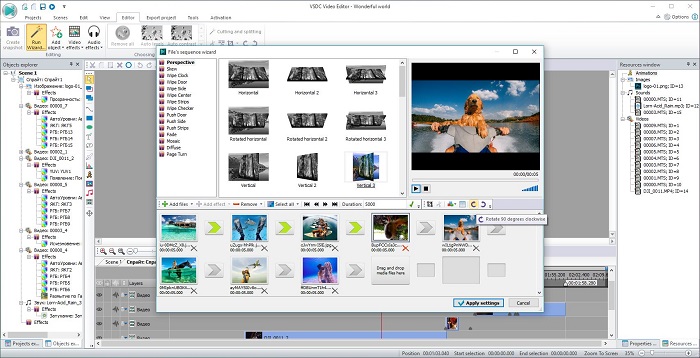 Not a typo but its name is indeed derived from the word “shortcut” and there’s a good reason for that. This iMovie for Windows alternative was built around speed and efficiency, which is why it heavily focuses on keyboard shortcuts to get the job done. Learning all the shortcuts takes time because there’s a shortcut for pretty much everything, but once you do get the hang of it, you can become extremely fast at editing videos. This is another free app so don’t expect it to be as robust as a professional one but it’s definitely worth checking out, particularly if you’re into fast video editing. 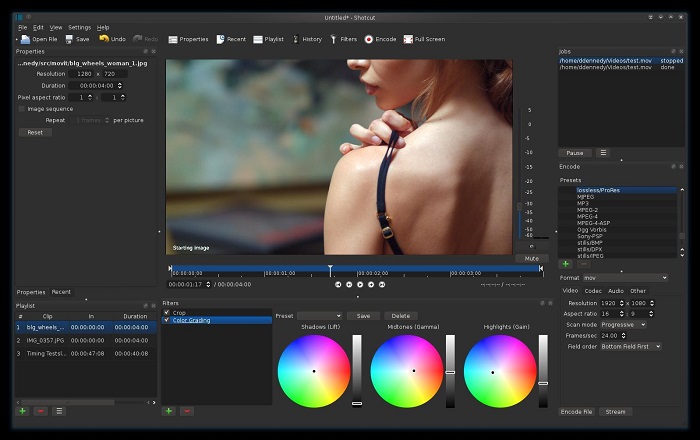 There’s no shortage of iMovie alternatives on Windows even though you will need to spend a bit of time finding and downloading similar software. While there is a default alternative in the form of Windows Movie Maker, you’ll probably want to go with something a bit more powerful like DVDFab Video Converter. All the other tools on our list are also fine picks but DVDFab Video Converter stands out from the crowd because it offers a lot more than editing capabilities. The software is also a powerful video conversion tool that can also convert videos to audio files, lets you manipulate subtitles, upload converted videos directly to YouTube and much more. DVDFab Video Converter offers a free trial and its premium version is quite cheaper than that of most other video editors out there so don’t hesitate to try it out.