The Best MP4 Players for Windows

Summary: Which is the best MP4 player for Windows for you? Here we discuss about the best MP4 media players helping you choose the correct one for yourself.

You have come to the right place, if you wish to have the best MP4 player Windows. An ideal MP4 Windows media player should be full of amazing features, should be easy-to-use, lightweight, as well as intuitive. When all these factors are considered, a few names come to our mind such as PotPlayer, Media Player Classic, GOM, and so on. There are tons of MP4 player for Windows 7/8/10 available in the market. Do you know which is the best one for your Windows? Obviously, getting the right one for your Windows a difficult task!

Moreover, the introduction of new media formats every day makes it more difficult since the freely available media players do not support the well-known formats such as AVI, FLV, MKV, MOV, MP4, and so on. And so, today we will be discussing about the best MP4 media players helping you choose the correct one for yourself.

DVDFab Player 5, earlier known as DVDFab Media Player, is the most excellent Windows media player having various advanced and powerful features. It not only supports the common audio/video formats such as AVI, MP4, FLV, MP3, MKV, AAC and so on, but it also is capable of playing back H265, 3D, as well as 4K UHD videos impeccably. DVDFab Player 5 being a professional Blu-ray/DVD/Ultra HD Blu-ray player is capable of playing any Blu-rays, DVDs, folders, 4K Ultra HD Blu-rays discs, ISO files along with support to menu. 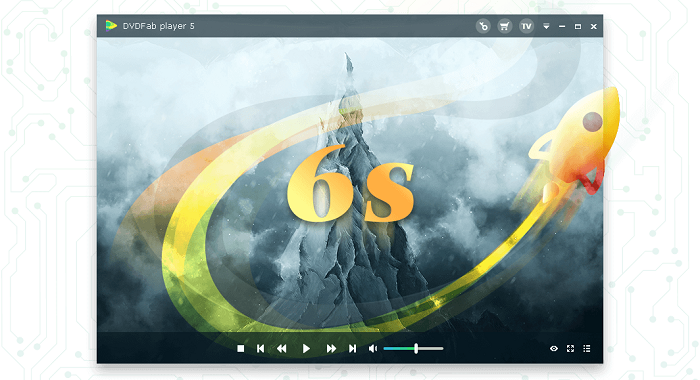 Being the updated version of DVDFab Media Player, DVDFab Player 5 has a totally modified user interface and encompasses an all-new playback engine; this enhances the overall performance including compatibility with folders and ISO files, software stability, playback smoothness, and so on. It further provides its users a wonderful viewing experience.

The media player provides 2 modes for playback—PC and TV mode. The TV mode is best for bigger TV screens and PC monitors. It is further compatible with the Windows Media Center remote controls; this allows the users experience an actual cinema similar to entertainment at your home. Moreover, the several keyboard hotkeys make it convenient for the users to control the on-going movies seamlessly. With Player 5, user can get high quality image as well as lossless superior resolution audios such as Dolby TrueHD, Dolby Atmos, DTS-HD Master, etc. The windows requirements for DVDFab Player 5 is Windows Vista/87/8.1/10.

Being a tough competition to other video players in the market such as VLC, PotPlayer was successful to grab people’s attention and get a name recently. Kakao, South Korean Internet company, developed the Windows multimedia tool. Coming with several specialties and features, PotPlayer gives a tough competition to without any efforts. The media player has loads of customization options, making you choose this software. The media player uses various techniques such as QuickSync, CUDA, and DXVA. And hence, it can deliver extraordinary performance along with lightweight experience. 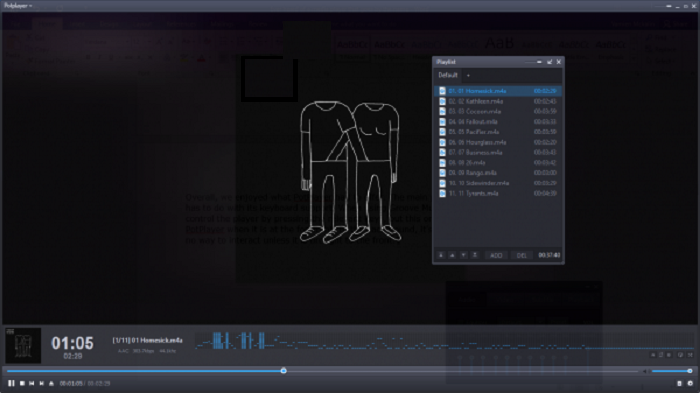 PotPlayer is considered as one of the best options for MP4, FLV, AVI, MKV common files. You can even select sound cards, bookmark and preview your desired scenes, and so on. The filters such as contrast, brightness, noise reduction, hue, and so on make the tool more likable. 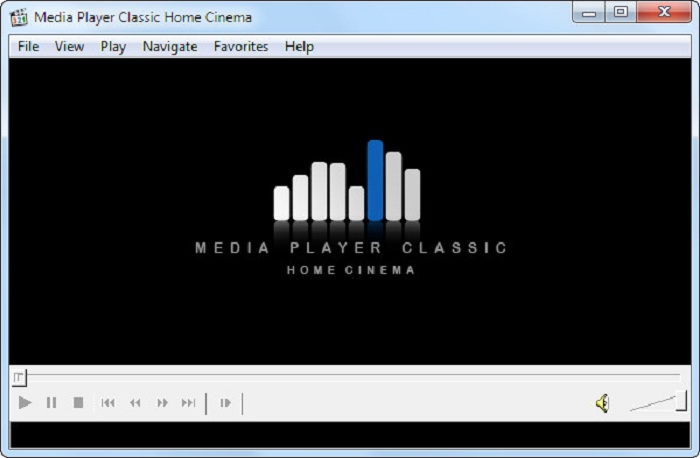 ACG Player is considered as a best option for (Windows 10) UWP media. Being a lightweight software, it includes all the necessary features such as video and audio effects, art font subtitle, music visualizer, background music, gesture control, and so on. ACG Player further provides supports to various media codecs and also has a clear policy. It is also compatible with external devices’ playback, discs, and files. Ax-Lite is a more lightweight ACG Player’s version available in the market. It is the faster version but some features are missing. 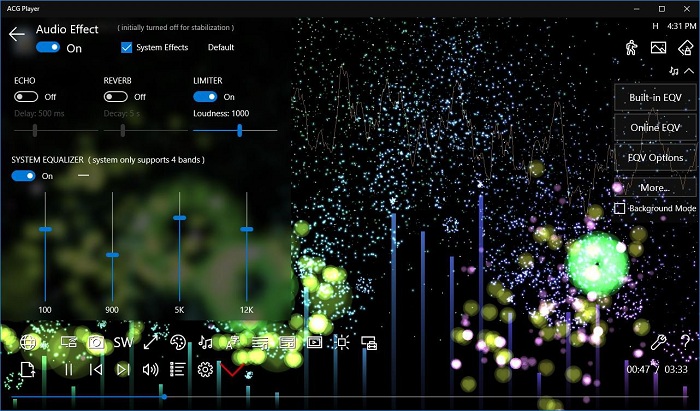 Gretech Online Movie (GOM) Player is a free-to-use Windows media player having built-in support for various well-known audio and video formats. Clearly, MKV, AVI, FLV, MP4, MOV, and so on can be on our list with this media player. Along with basic functionalities, GOM Player is full of various advanced features such s Media Player Capture, A-B repeat, video and audio effects, speed control, screen capture, and so on. It further provides its users options to modify skins and enhance the GOM Player look making it extremely customized. 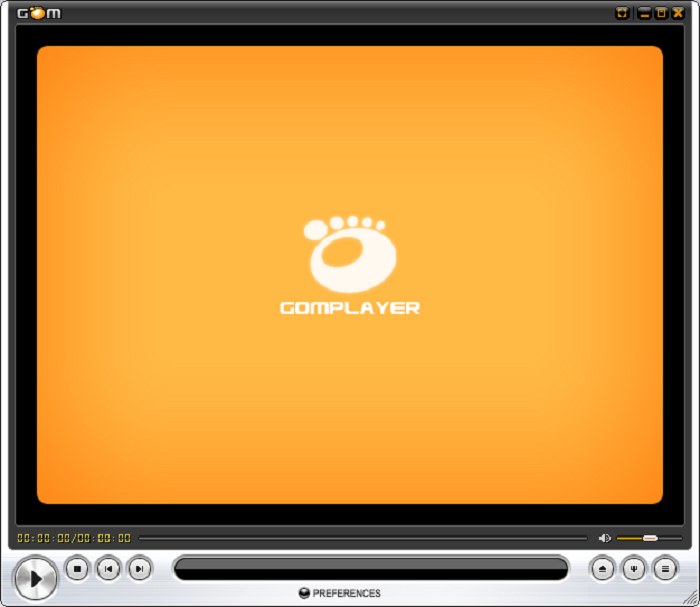 GOM also its own library that can be utilized for downloading various subtitles and experiencing the TV shows and movies in users’ favorite language. One can further link the media player for PCs along with its huge database for OpenSubtitles.org. However, some of the not-very-popular types are not supported with this media player software. And in this situation, Codec Finder service of GOM Player will help you search the Required codec. Various operating systems from Windows XP SP3 to Windows 10 are supported by GOM Player.

DivX Player for Windows offers HEVC playback for free. It is a very useful media player, as one can get to experience UltraHD (4K) playback. DivX player best for played video files formats such as MKV, MP4, AVI, and DivX. It is also known as a streaming media player that allows you stream video, music, and photos to other device compatible with DLNA. 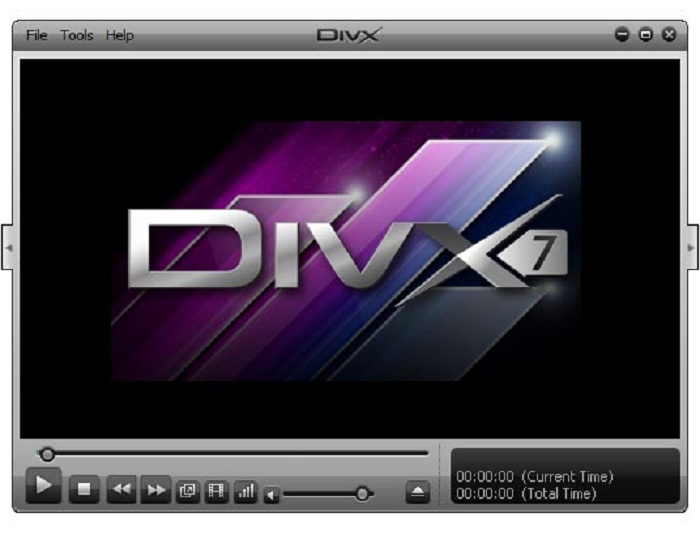 DivX player is bundled with enhanced features such as Trick Play; this allows its users to skip the unwanted scenes and go to the favorite ones. Chapter Points is also support by this media player and hence one can play various scenes with ease. The smart media library tracks the private along with purchased video content. The media player supports various audio formats and thus one easily can switch from one soundtrack to other with ease. The Resume Play feature lets you start where you had stopped.