Videos Won’t Play on Android? Check Out These Fixes

Spending a lot of time capturing or downloading a video only to find out later that your phone refuses to play it can be extremely frustrating. Even more annoying is that a lot of the time you’re not entirely sure what’s causing the problem or how to fix it. Well, don’t worry because that’s what we’re here for. Today we’re going to take a look at some of the most common reasons for why videos won’t play on Android and give you some good fixes so you can sort out the problem in no time.

Part 1: Reasons and Solutions to Videos Not Playing on Android?

Your Phone Hasn’t Been Rebooted for a Long Time

We’re starting off with the most basic solution out there, but one that should never be underestimated. A simple restart can sometimes fix a lot of the problems that might cause your phone to malfunction, including instances of videos not playing on Android. It’s not a guaranteed solution of course but it’s always worth trying because it only takes a few seconds.

It can be surprisingly easy to install a suspicious app without ever noticing. Or maybe you did mean to install a certain app but later realized that it infected your device with malware. Whichever the case may be, installing the wrong app can definitely lead to situations where videos won’t play on your Android device, among many other issues. Make sure to avoid these types of scenarios by going to the Settings menu and checking each individual app that’s currently installed on your phone. Delete apps that you don’t recognize or think might be harming your device. Restart your phone and check again to see if your Android won’t play videos even after uninstalling the suspicious apps.

This one only really applies if you’re having issues when trying to watch videos online. For example, if only Facebook or YouTube videos are not playing on your Android device, there’s a good chance you have a slow or unstable internet connection. The first thing you can try is switching from Wi-Fi to mobile data or vice-versa and see if that fixes the problem. If that doesn’t work, you can try resetting your network settings by going to Settings -> General Management -> Reset -> Reset Network Settings. If the problem is related to your internet connection, a quick network reset should fix the problem most of the time.

Your OS is Out of Date

OS updates usually occur automatically but there are many instances when your phone is unable to connect to Google’s servers and can’t install the latest updates. Luckily, you can always check for updates manually by going to Settings -> About Device -> Update. Depending on your particular version of Android, “Update” might be replaced by “Software Update,” “System Firmware Update” or something else along those lines. Whichever the case, make sure to install the latest update available and then check to see if videos still won’t play on your Android device. A reboot might also be required, particularly after a major firmware update.

If you already tried the aforementioned fixes and are certain that your phone is not the problem, it’s time to start considering that maybe the videos themselves are to blame. Videos won’t play on your Android device if you’re using a media player that doesn’t support certain formats. Sometimes you can fix this by switching to a different player but a better idea might be to simply convert your videos to a format that your player does support. If you’re looking for a tool that lets you easily convert videos between various different types of formats we recommend checking out DVDFab Video Converter.

Just as its name indicates, DVDFab Video Converteris a tool that specializes in video conversion and includes certain special features that are very useful when used with mobile devices in mind, such as the ability to convert for a particular type of smartphone. The software needs to be used on PC but makes it very easy to load files from your mobile device and then transfer them back. Even better, you can do it wirelessly so no need to worry about plugging your device in. It’s also worth noting that DVDFab Video Converter doubles as a powerful video editor and customizer that can be used to personalize all your videos. Here’ what to do when videos won’t play on your Android device:

1. Open DVDFab 11 and go to the Converter module in the upper menu to get started. Use the “Add from Mobile” button (requires the DVDFab Remote app) to start loading videos directly from your phone or the drag & drop method to add them from your PCor Mac. 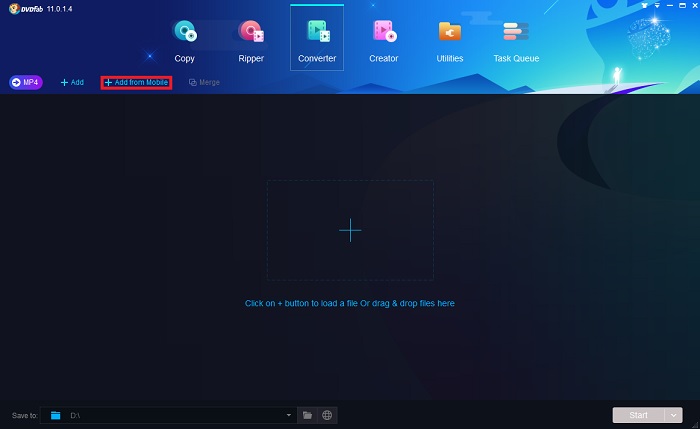 2. Go to the Profile Switcher found in the upper left corner of the UI to change the format. Once you’re there, go to the device tab and choose the brand of your Android phone followed by the model. 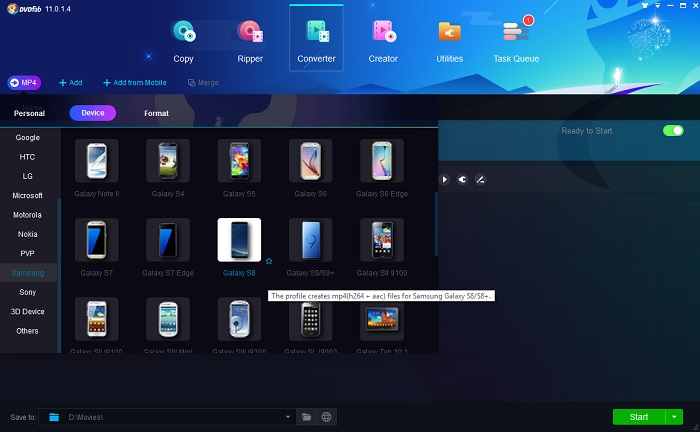 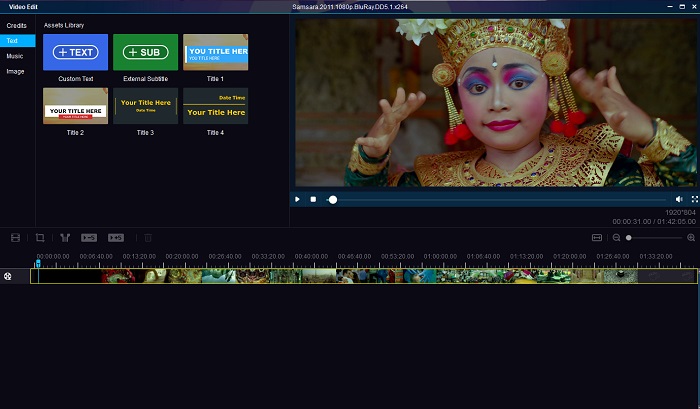 4. Use the dropdown menu at the bottom to change the destination folder. In this particular scenario, you’ll likely want to go for the Mobile Device option but you can also save the video on your PC if you want and transfer it at a later time. Finally, click the green Start button and wait until the software finishes processing your video. 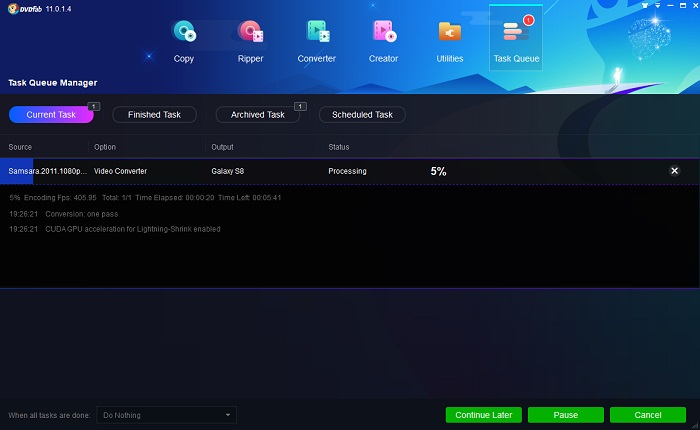 There could be many reasons why videos won’t play on Android so may need to try more than one of the fixes until you find the one that works for you. If the first few solutions we listed don’t fix the problem, your best bet is to use DVDFab Video Converter to change the format of your videos to one that’s certain to be supported by your media player.

For playing videos on Android, you can have a look at the top android mp4 players.