An ideal media player should be lightweight, fast and easy to use but should still hold the right advanced tools to do whatever you want with the audio or video playing. If you are looking for such a free media player, you are at just the right place.

DVDFab Player 5 free media player from DVDFab comes with a technologically advanced media engine that gives you a completely distinct PC and TV playback experience. It is capable of giving any audiophile the best quality of video and audio on their 4K Ultra HD Blu-rays, with genuine HDR10 and Hi-Res audio output. DVDFab Player 5 holds within it a powerful playback media engine that opens 4K Ultra HD Blu-ray disc up to five times faster compared to other players. 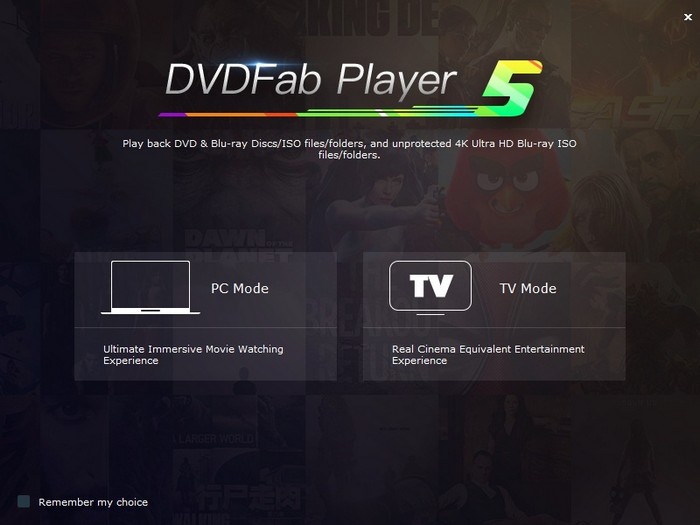 The PC mode gives you the best media watching experience optimized for your PC screen size and the TV Mode gives you a cinematic experience that can equate to any cinema experience if you play it on a big screen television compatible with remote controls for Windows Media Center.

Its navigational menu gives you a complete control over playback of DVDs, Blu-rays, and the new-generation 4K Ultra Blu-rays be it your original media or ripped ones. DVDFab Player 5 can play genuine 3D media discs along with the support for 4 different 3D output modes - Anaglyph Red/Cyan, 3D-Ready HDTV (Checkerboard), Micro-polarizer LCD 3D (Row-interleaved) and HDMI 1.4 enabled 3D TV. There is even an under-development functionality that will enable you to watch 2D content in 3D. If you have an HDR10 capable monitor or 4K television, you can use this free media player to watch your media in the best possible quality your monitor or TV is capable of showing. Similarly, you can play lossless high-resolution audios with proper hardware along with this player. 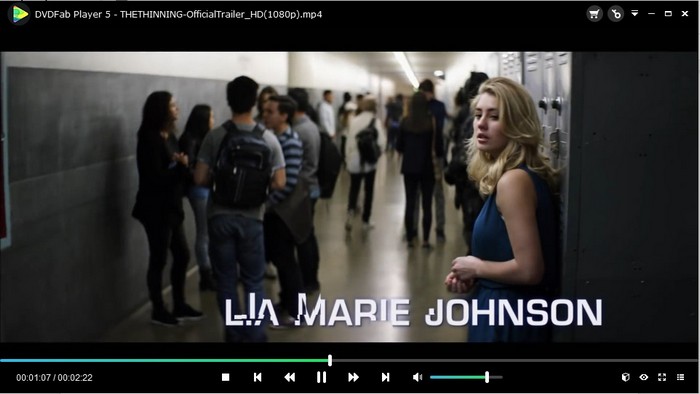 Easily create a playlist by just dropping your whole favorite Game of Thrones Season folder and sort them later based on name or type, play in repeat or in any particular order.

While the tool is available as a free version, most of the advanced functionalities that let you get the best quality of audio and video from Blu-rays and 4K Ultra HD Blu-ray Disc are only available in its paid version. Once you have tried the tool and found it standing up to your expectations, you can buy the Standards or the Ultra version. 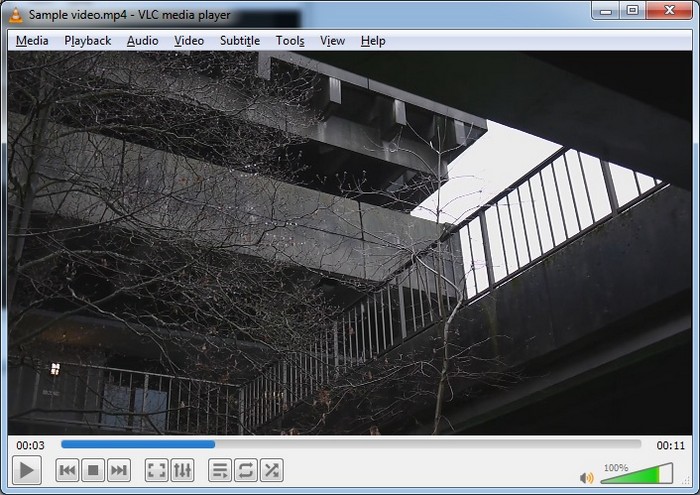 No list of best free media players is complete without VLC in it. Created by VideoLAN project, VLC is an open source project and is available as a free media player for all major operating systems. It is probably the first media player that become famous for supporting all major video and audio formats. Its capability to do so inspired many other similar free media players. There are a host of customization options that you can use to change its looks and comes with a host of options to not only stream and play media files but with a capability to change media format too. VLC works on multiple platforms, including Windows, Mac, iOS, Android and more. 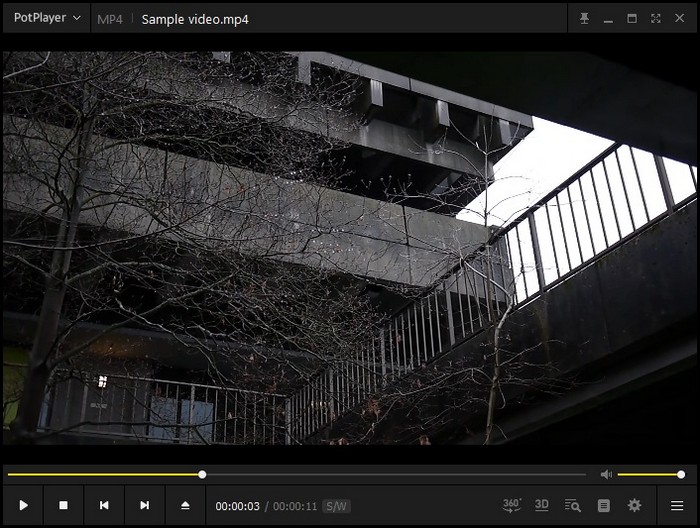 PotPlayer has been developed by a South Korean internet company named Kakao. It is a feature-rich media player and supports media formats more than VLC but is available only for Windows. While it is much more powerful than other media players, its vast list of features makes it a little more complex for its users. With this free media player, you can bookmark favorite scenes and watch them later, switch between sound cards and change brightness and/or contrast of the video. 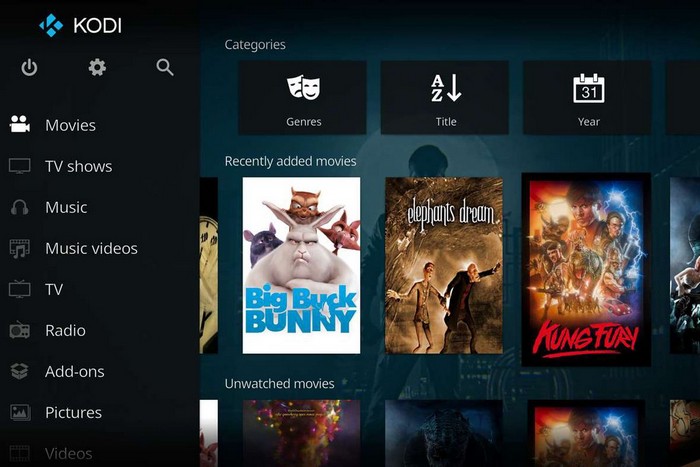 Kodi used to be known as XBMC (Xbox Media Center). It is available for almost all major platforms and is even available as separate hardware which you can plug directly to a TV or monitor. Kodi however, is more than just a free media player, it can play all media files present locally on the system, available on the network or even directly stream content from the internet. There is a range of plugins to extend the functionality of Kodi and it might take some time for any user to get a hang of the tool. 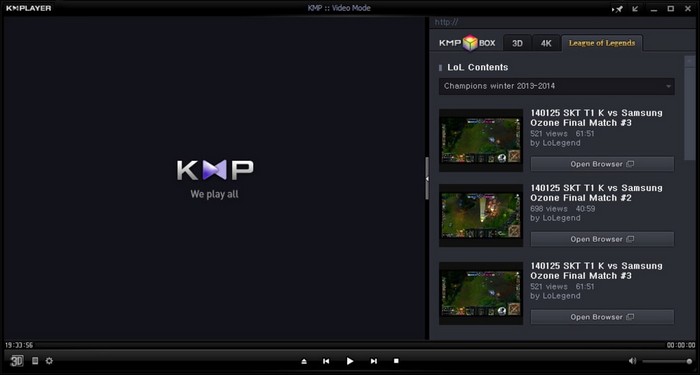 KMPlayer is a great media player with Windows 10 compatibility. It comes with its own codec for Windows 10 and if you want to extend its codec range, you can download further codecs and install them. The player supports high-quality videos and gives you an immersive experience on a device with high-end hardware. This free media player for Windows 10 gives you tools to apply video and audio effects. You can use its features to select a particular part of the video as your favorite and run it on loop, remap keys for a remote interface and even edit subtitles right from the player. In addition to Windows 10, it can also be installed on Windows 8.1, Windows 7, Windows Vista, Windows XP. It is also available for Mac OS X. 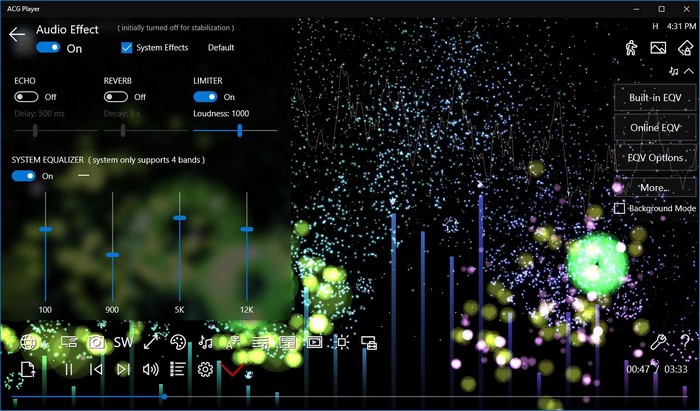 ACG Player is a native Windows 10 player available on its app store. Written completely in C++ language, it is ultra light and runs without any lag. It is a free media player without any functionality limitations. The app is still under development for more advanced functionalities, so if you are just looking for playing your media files in the best possible quality with least load on your PC or UWP, this is the player you are looking for. It supports subtitle, background music, gesture control, MKV file type, etc. It uses system decoding capabilities and doesn’t have its own native decoder. An even lighter version of the app is available with the name “Ax-Lite” which you can use if you are seriously stretched in terms of system resources of your Windows 10 device.

There are many other media players available in the market and you might have your own favorites. But if you are looking for some media player that is fast on your system and still provides you with advanced capabilities, our top picks like DVDFab Player 5 and VLC can deliver on your requirements.