Summary: Would you like to watch incredible movies, TV shows, or sitcoms from Netflix on a smart HDTV? A compatible Blu-ray player with Netflix streaming capabilities will fix this problem. Here are the best Blu ray players with Netflix streaming features across all price ranges we have tested. Read on to take your pick. At the very beginning, I couldn't help telling you how to download videos from Netflix.

Do you want to know how to download Netflix movies and then watch them on Netflix Bluray players? Here is quick access to that with the help of DVDFab DRM Downloader, the best HD video downloader. Till now, it allows users to download videos from Netflix easily. Also, it supports Disney+ video download. In a near future, this Netflix downloader will also enable users to download videos from Hulu, Amazon, and HBO video streaming websites. Follow me to learn how to download Netflix videos first, and then come to the top wireless Blu ray player Netflix.

How to use DVDFab DRM Video Downloader:

Then do you anticipate a Blu ray player with Netflix streaming feature that allows you to watch Netflix movies, TV shows, and sitcoms on a smart HD TV? As we know, Netflix is a great platform to watch a lot of incredible movies and shows from your computer but did you know it works just as well on a smart TV? Well, it most certainly does and all you need to make it work is a compatible Blu-ray player with Netflix streaming capabilities. Such types of players can be quite expensive but they tend to be a good investment in the long run. If you don’t mind missing out on a couple of features, however, there are also some very good options that are surpassingly cheap. With that in mind, today we’re going to take a look at some of the best Blu-ray players with Netflix compatibility covering all price ranges in the hopes that it can help you make an advisable decision regarding which one you may want to invest in. What Blu ray players have Netflix?  Read on to find your loved one.

Sony’s BDP-S6700 is one of the cheapest Blu-ray players with Netflix functionality currently available on the market. The player is quite small in size and the overall design isn’t really anything to write home about, but it does look nice in an old school kind of way. The exterior of this Bluray Netflix player may not look particularly impressive but it’s what’s on the inside that really counts here. For around $100 you can get this wireless Blu ray player Netflix that can handle standard 1080p Blu-ray content and is surprisingly good at upscaling 1080p up to 4K. There’s also built-in Wi-Fi and Bluetooth along with a nice smart TV interface to look forward to, which lets you stream content from platforms like Netflix, Amazon Prime Video, YouTube, and more. Hence, this Sony DVD Blu ray player Netflix allows you to view wonderful movies and shows from multiple streaming platforms. Just killing two birds with one stone! How fabulous!

If you’re looking for a Blu-ray player Netflix that can offer an amazing bang for your buck you may want to check out Panasonic’s DMP-UB700. The device retails for around $500 so it’s not exactly cheap, however, you do get what you pay for. The Bluray Netflix player can easily handle all types of Blu-ray formats and is particularly adept at 4K Blu-ray playback. In addition to incredible picture quality, the Bluray player with Netflix also supports Hi-Res Audio playback so you’re getting the full AV package with this one. The only thing that drags this Bluray Netflix player down a couple of notches is the rather unimpressive build quality, which isn’t bad overall but it is somewhat lacking compared to other Netflix Bluray players in this price range. Anyway, you can still enjoy your loved movies or TV shows with this Blu ray player with Netflix streaming capability.

The LG BP330 is one of the cheapest Blu-ray players with Netflix functionality you can buy right now. In spite of its low price tag, this Blu ray player with Netflix doesn’t actually feel cheap and is a lot more solid than you might expect. Just like our first entry, this Bluray player Netflix was also designed mainly with 1080p Blu-rays in mind but does a decent job at upscaling videos to higher resolutions. The Bluray with Netflix has built-in Wi-Fi and is capable of streaming content from not just Netflix but also Pandora, YouTube, and many other similar services. Not a whole lot of extra features to mention but the BP330 only costs around $73 so you’re already getting good value at this price point just based on the fact that it can play Blu-ray videos and supports Netflix streaming. Thus, you might as well try out this cheap Blu ray player with Netflix streaming capability.

Going back again to some of the more expensive options currently available, we have Oppo’s BDP-103 Netflix Blu-ray player priced at around $570. The device offers truly remarkable video and audio quality along with a few features that you may find very useful. Specifically, one of the highlights of the BDP-103 Bluray Netflix player is the fact that it comes equipped with several different connectivity options, including Wi-Fi, two HDMI ports and 3 USB ports. This gives you a lot more control over what types of other devices you want to pair the Blu-ray player with, which is always a nice addition. If you’re interested strictly in the Netflix streaming functionality, don’t worry because this Wireless Blu ray player Netflix fully supports it and the player can also stream from a wide range of other online services as well. Therefore, it would be well if you are affordable for this grand Blur ay player with Netflix streaming option.

Last but not least we have another fairly expensive option in the form of Panasonic’s DMP-UB900, which sits at around the $550-600 mark. This Blu ray Netflix player is more or less a direct successor to the UB700 we talked about earlier but features a few improvements that may make you consider spending the extra cash on it. The Bluray Netflix player was designed from the ground up with 4K UHD Blu-rays in mind and can handle them perfectly whilst offering flawless picture and audio quality. With the help of this Bluray Netflix player, not only can you stream regular Netflix content using this device but you can also enjoy 4K Netflix movies and shows if you happen to have a premium account to the service. The build quality also got a lot better since the UB700 but, strangely enough, the user interface Bluray Netflix player seems to have taken a step back. Still, that’s only a minor gripe as the UB900 is otherwise one of the best Blu-ray players with Netflix streaming capabilities you can buy right now.

No matter which Bluray Netflix player you are going to purchase, the price is a huge investment. After knowing how to download Netflix videos with the best free Netflix downloader, you can watch Netflix content on any device using a multimedia 4k video player like DVDFab Player 6. The Netflix app allows you to download certain movies to watch later if you’re running it on a compatible device such as an iPhone or a PC running Windows 10. This feature makes it very easy to store the movies and shows you want to watch locally and then play them later even when you’re offline. You will be excited that you choose this Bluray Netflix player alternative. 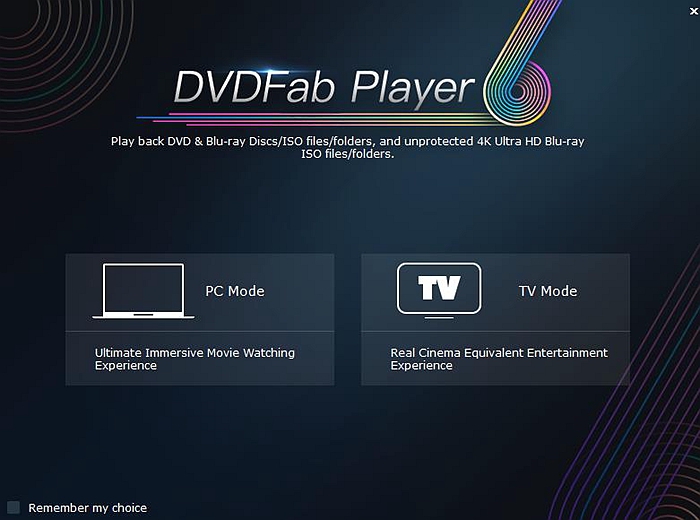 Player 6 is a premium media player that supports all the most popular formats, including 3D, 4K, 4K UHD, Blu-ray, DVD, HEVC and many more. This Alternative to Blu ray player with Netflix also features navigation menu support for all types of DVDs, Blu-rays, and 4K UHD Blu-ray discs along with two different playback modes designed for PC and TV, respectively. That, combined with advanced features like 3D upscaling, HDR10 and Hi-Res audio support, customizable playlists and more, make it an excellent alternative to Netflix Blu-ray player hardware. Not to mention, it’s a lot cheaper. DVDFab Player 6 offers similar capabilities to the $500+ Blu-ray hardware we talked about earlier. You can free download this Bluray Netflix player and do what you want. 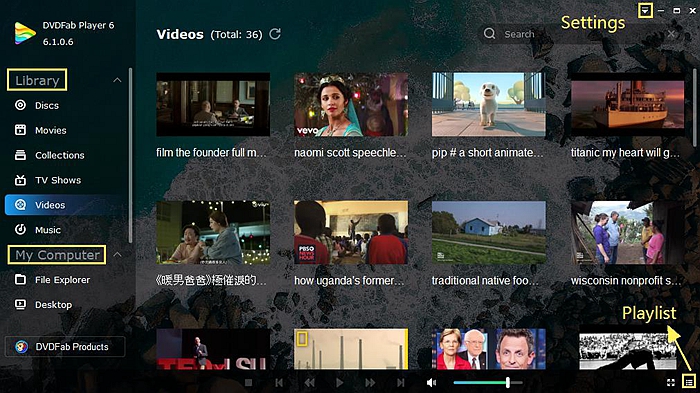 A Blu-ray player with Netflix streaming capabilities is not a must if you’re the type of person that enjoys high-quality content displayed on a large-screen TV. There is no need for you to spend hundreds of dollars on expensive hardware. Instead, you can download Netflix videos with DVDFab DRM Video Downloader and watch them with the best 4K video player - DVDFab Player 6. This Bluray Netflix player alternative can get the job done just as well and you can also use it on both your TV and your computer, which means double the value.

From this article, you will know how to download Netflix shows for offline viewing, top 5 best hardware Blu-ray players with Netflix streaming capabilities and a 4k video player. As a Netflix lover, maybe you usually rent DVDs or Blu-rays from Netflix. Then do you usually come across the Cinavia error? How to fix Cinavia on Netflix DVD or Blu-ray? See this article to find answers.