Summary: Does Xbox 360 play Blu ray? Is there any Xbox 360 Blu ray player available? This article has everything you need to convert Blu-rays to Xbox supported format for indirect but quality playback. Read on to know better solutions to "X360 doesn't play Bluray".

“Can Xbox 360 play Blu ray"? I'm afraid not. ” How about Xbox 360 Blu ray player? First, let’s face reality. Xbox 360 was the seventh-generation video game console that was released back in 2005, which directly competed with Sony’s Playstation 3 (PS3) and Nintendo’s Wii. Nevertheless, Xbox 360 doesn't play Blu-ray just as the PS3 does. So, does Xbox 360 play DVDs? Yes, Xbox 360 could only play DVDs, CDs, and HD DVD. At present only Xbox One can play Blu-rays. But if you can’t afford the upgraded Xbox One, then read the article till the end to find possible shortcuts. You will master how to make Xbox 360 play Bluray with or without Xbox360 Blu ray player. Here are two methods provided.

Part 1: Play Blu-ray Movies on Xbox 360 by Ripping Blu-rays to its Supported Formats

Can the Xbox 360 play Blu ray? NO. Can Xbox one play Blu ray? YES! Thus, how to face the music "Xbox 360 doesn't play Blu ray"? The best shortcut is to turn to DVDFab Blu-ray Ripper to rip your Blu-ray discs to Xbox 360 compatible video formats. Available on both Mac and Windows (30-day free trial), this Xbox 360 Blu ray ripper can rip your Blu-ray discs/ISO files/folders to any mainstream video format in diverse resolutions and peak quality. Meanwhile, you can customize video/audio parameters and edit output video with its built-in video editor for the purpose of enhancing video quality from different aspects.

This Blu ray ripping software has a built-in video profile for Xbos 360, so you can select it to load the pre-configured settings for the best quality. It processes Blu-ray discs fast supported by Intel Quick Sync and Nvidia CUDA hardware acceleration technologies. Follow the tutorial below to rip Blu ray to Xbox 360-supported video formats.

(1) Download and install the latest version of  DVDFab 11, which help you play Blu ray on Xbox 360.

(2) Open the program and click the ‘Ripper’ tab. Now load your Blu-ray disc in the optical BD drive. You can also load a BD ISO/folder if you don’t have any discs at hand.

(4) Now set the quality to ‘High Quality’ and then click the ‘Video Settings’ to check whether you need to modify the video settings or they are just perfect.

(5) After checking the settings you can click the ‘Video Editor’ button to launch the built-in video editor.

The DVDFab video editor provides all the basic video editing tools with several advanced options like triming, cropping, adding subtitles, background music, and watermark. Besides, brightness, contrast, and saturation is all at your disposal. Ripping Blu ray to Xbox 360 with DVDFab Blu-ray Ripper is a good answer to "Does the Xbox play Blu ray".

(6) After editing your Blu-ray disc media click ‘OK’ to go back to the main ripper function. Here check whether you need to select chapters, audio stream, and subtitles. Please click the ‘Choose Other Titles’ button to select all the videos on the Blu-ray disc. Although the answer to "Does the Xbox 360 play Blu ray" is no, we can make it with wisdom.

(7) Finally click the ‘Start’ button. Then DVDFab Blu-ray Ripper will rip Blu-ray to Xbox 360 compatible format. Once the ripping process finishes you can transfer the ripped videos to your Xbox 360’s storage for watching them on the TV.

Note that this Blu-ray to Xbox 360 Blu ray player compatible ripping software can work with AI-powered video enhancer to upscale video from 1080p to 4k while converting Blu-rays to Xbox 360 supported video formats with lossless quality and lightning-fast speed.

Part 2: The Most Recommended Player to Play Blu-rays on Computer/TV

"Does the Xbox 360 play Blu ray"? No. But we can find a Bluray player instead besides ripping Blu ray to Xbox-supported video formats. DVDFab Player 6, world’s best all-inclusive media player, is highly recommended as it offers PC and TV Mode designed for both small and larger screen, is highly recommended which offers PC Mode and TV Mode, as a good Xbox360 Bluray player. 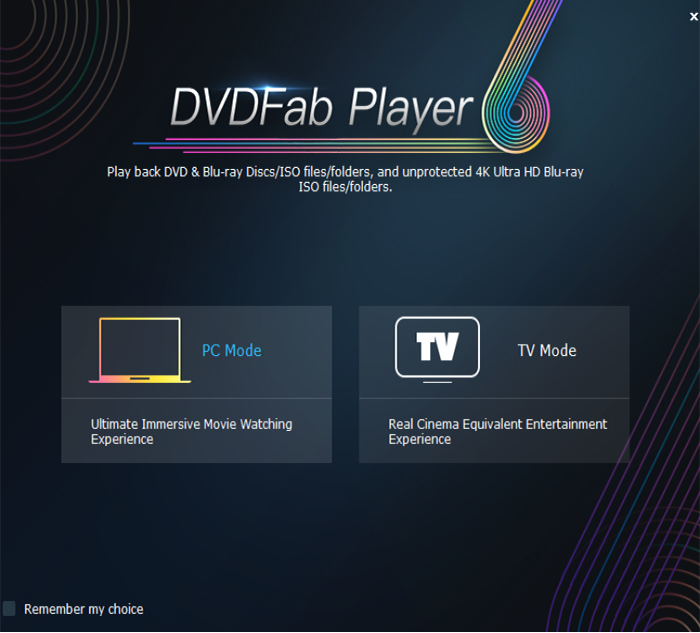 DVDFab Player 6  is an all-in-one video player with a clear menu navigation support for 4K Ultra HD Blu-rays, (3D) Blu-rays, and DVDs. It is the only Blu-ray player that adapts to your computer hardware configuration. This Xbox360 Bluray player can play any formats of videos (H.264/265) and play back DVD and Bluray videos and discs. Here are some features of this free software.

• The only player that supports HDR10 playback for crystal-clear playback.

• Easy to use and intuitive UI.

• Built-in player settings. Customize the settings while the player plays a movie. 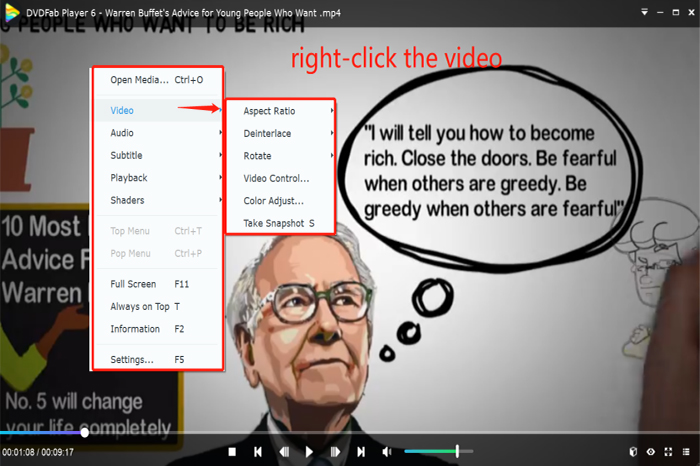 Now you just have learned how to rip Bluray discs/ISOs to Xbox 360 compatible format and found the right answer to your question “does Xbox 360 play Blu-ray”. This is the only indirect way to watch and play Blu-rays on Xbox 360 by ripping them first to a compatible format. Alternatively, DVDFab Player 6 can also solve the problem of "Does Xbox 360 play Blu ray". If you are looking for a compatible DVD/BD/3D BD/4K UHD player, DVDFab Player 6 is the best Blu-ray player. By the way, if you want to seek a Xbox One 3D Blu ray playback alternative, DVDFab media player suits you best, with which you can enjoy Xbox One 3D Bluray movies with unequalled quality and utmost viewing experience.

Just as we said in the article, the successor of Xbox 360, namely Xbox One, can play Blu-rays. If you are going to replace your Xbox 360 with Xbox One, you may want to check how to play Blu-rays on Xbox One.

DVDFab Blu-ray Ripper converts Blu-ray 2D and 3D files to mainstream 2D/3D video formats like MP4 to make them playable on any mobile devices and home theater. In collaboration with Enlarger AI and Cinavia Removal, you can also use it to improve video quality and get rid of Cinavia protections from your file.