Want to know how to rip 4K Blu ray movies for quality backups and playback? What is the best 4K Blu ray ripper? Why do we need to rip 4K Bluray? It is an indisputable fact that 4K videos are slowly but surely becoming the optimal format of choice for movie lovers who seek a high-end home entertainment system. This isn’t really surprising considering that 4K videos offer a level of first-class image details than any other format that came before. However, what may seem surprising at first glance is the fact that not everybody is opting for 4K videos for their difficulty in playing.

Want to rip 4K Blu-rays and convert them to digital videos for better backup or playback on 4K Ultra HD TVs or 4K media player on computers? Well, the truth is that most movie lovers would definitely prefer to switch to the new format instead of HD ripping, but sadly 4K UHD Blu-ray movies require a specialized player which is pretty expensive. In other words, you can’t simply take a 4K movie and play it using a regular Blu-ray player.

So what to do when you want to enjoy a high-quality movie in 4K resolution but don’t have a device capable of playing such movies? Besides ripping 4K Blu ray, the most obvious answer would be to simply buy a compatible player, however, you might not be ready to make that investment right now. If that’s the case you’ll be happy to know that there is another option available: rip 4K Blu-ray discs and watch them on one of your existing devices, such as a 4K UHD TV or monitor for example. In this way, you won’t have to spend a ton of money on a new player. All you really need is a good 4K Blu-ray ripping software and we just so happen to know the perfect one.

Rip UHD to MKV and M2TS with Lossless Quality

The software in question is called DVDFab UHD Ripper and it is the ideal choice for ripping 4K Blu-ray discs fast and well. The software is able to rip 4K Bluray movies to a variety of different formats in order to satisfy even the pickiest of movie lovers. There is a total of six different conversion profiles to choose from, including MKV Passthrough and M2TS Passthrough. We recommend one of these two formats if you’re looking to preserve the video quality of the original while ripping 4K Blu ray.

The other formats can be used to shrink down the original file to a more manageable size at the cost of a small decrease in quality. The difference in quality is very slight so the other formats are a good choice when you want the best possible quality packed in smaller file size when you learn how to rip 4K Blu ray. In addition, if your playback device is capable of handling HDR10, you’ll be happy to know that HDR10 video quality remains intact when you convert a movie using DVDFab UHD Ripper. Alternatively, this 4K Blu-ray ripping software can convert  HDR10 to SDR while preserving as much of the original quality as possible.

Another great feature of this best 4K Blu-ray ripping software is its ability to get the job done a lot faster than you would expect. 4K UHD Blu-ray discs are generally over 50GB in size and because of that, it can take many hours to convert such a movie or rip 4K Blu rays using most pieces of software. However, DVDFab UHD Ripper uses cutting-edge hardware acceleration technology that can reduce the waiting time to only about an hour or so. That said, you do need a pretty decent system if you want to rip 4K Blu-ray discs in such a short amount of time. Ideally, your system should include at least an Nvidia GeForce GTX 1050 series and an Intel Kaby Lake CPU or AMD equivalent to get the best conversion speeds.

How to Rip 4K UHD Blu ray Free and Easily?

Now that you’ve learned more about the best 4K Blu ray Ripping software, it’s time to take a look at how to rip 4K Blu-ray discs with it on a 30-day free trial basis. The 4K ripping and process is actually quite straightforward but we’re going to do a quick step-by-step guide so we can better demonstrate how it works.

(1) Open DVDFab 12 before ripping 4K movies and select the Ripper module from the top menu. Insert a 4K Ultra HD Blu-ray disc and the software should automatically load it in. Alternatively, you can also click the + icon to load the 4K Ultra HD Blu-ray folder or ISO file. 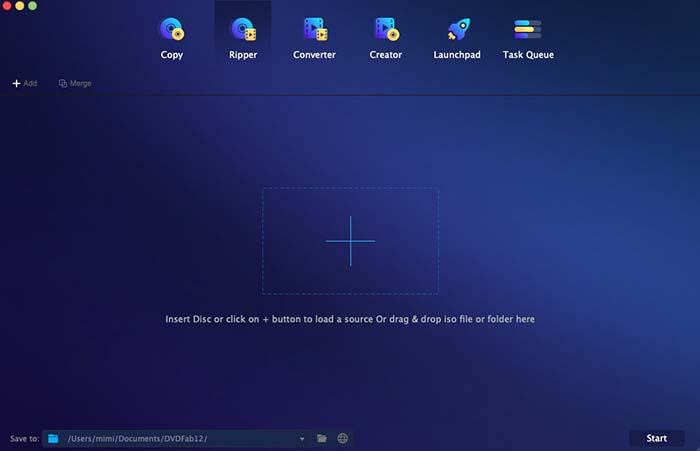 (2) Find and click the option of Choose Other Profile and then there will be lots of output video formats in sight. Make sure to use the available filters if you’re looking for a specific format. Rip 4K Blu ray movies to your favorite video format for quality backup and playback on mobile devices. This UHD Bluray Ripper will be your best helper. 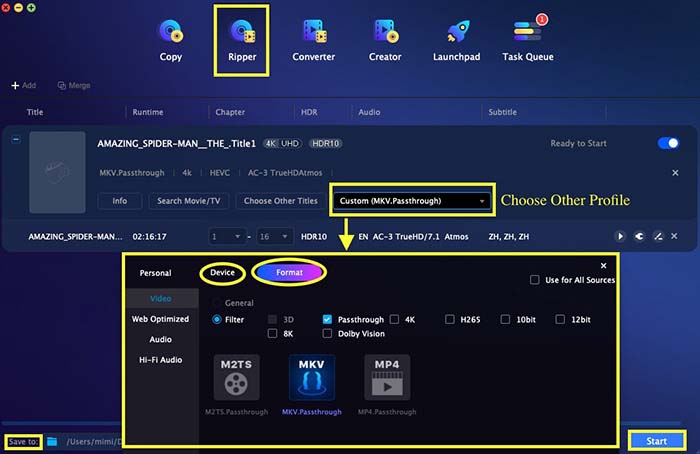 (3) Before ripping 4K Blu-ray movies, you may want to first customize it using some of the available options. For example, you can rename the output, pick the titles you want to rip, or add audio tracks and subtitles. You can also use the Advanced Settings, the wrench icon, and Edit options, the pen icon, to make additional changes like adding watermarks, cropping, or trimming the video, and changing the aspect ratio or the resolution, among others when you rip 4K Blu ray. 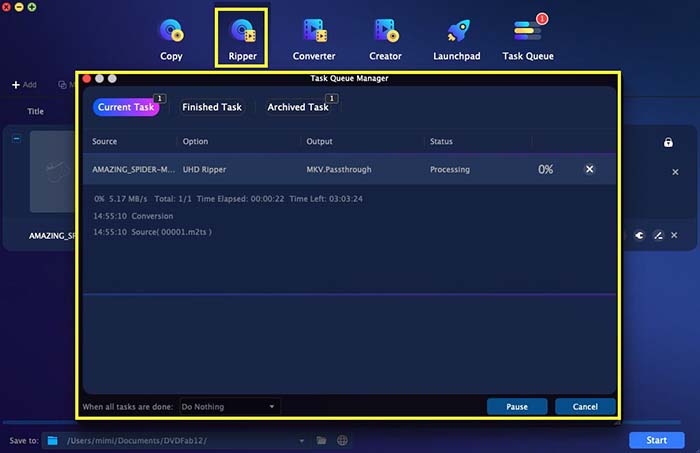 (4) Click the folder icon found towards the bottom of the menu to change the default destination if necessary. Once you’ve made all the necessary changes you can rip 4K Bluray movies by simply clicking the Start button found in the lower-left corner.

After ripping 4K Blu ray movies to 4K videos, it's time to watch videos on a 4K media player. DVDFab Player 6 comes in handy to bring you the utmost viewing experience. Because it is designed to play all DVDs/Blu-rays/4K Ultra HD Blu-rays/HEVC and regular videos.

Warm tips: When it comes to 4K UHD backups, you need to make sure your UHD drive is friendly. Otherwise, you need to downgrade the unfriendly firmware before copying or ripping UHDs. To achieve this aim, DVDFab UHD Drive Tool comes in handy.

How to rip 4K UHD Blu ray for better backups and playback on multiple mobile devices? As you can see, it’s not absolutely necessary to buy a new player if you want to enjoy 4K UHD Blu-ray movies at home. You can achieve virtually the same results using 4K Blu-ray ripping software, which is obviously a much cheaper option than buying a new player. In addition to excellent video and audio quality, DVDFab UHD Ripper also provides you with plenty of tools that allow you to customize files to suit your specific needs. It is the best solution for how to rip 4K Bluray.

Instead of spending money on streaming websites like Netflix and Amazon to purchase 4K contents, turn to DVDFab UHD Ripper for help which is capable to rip 4K UHD movies to digital formats like MKV, M2TS and MP4. During this process, all 4K HEVC 10-bit and SDR video quality will be preserved.