Summary: Compared with MP3, WMA is a better choice for pro music listeners, it has an overall better audio quality. Here are some of the best WMA music players which we tested.

Lossy audio compression technologies aren’t suitable for audiophiles. Because lossy audio compression technologies often skip overlapping sounds which degrades the music listening experience. MP3 is a lossy audio format which is not suitable for pro music listeners. WMA is a better choice than MP3 if you’re looking for an overall better audio quality than MP3. WMA is an audio codec owned and developed by Microsoft. Microsoft has made it clear that WMA has better audio quality than MP3 at the same bit-rates. So, in this article we are listing some of the top 9 best WMA music players.

DVDFab Player 5 the world’s first complete media player for PCs and TVs (via HDMI). For DVDFab Player 5 WMA is just another audio format. As it not only plays WMA formats but also plays all kinds of audio formats.  When I say that DVDFab Player 5 is a complete media player, then what does it actually mean? This means it plays all kinds of audio and video formats including 3D and UHD formats. DVDFab player 5 is available for Mac and Windows but you can use an HDMI cable to connect your PC to HDTV/UHDTV to get the best viewing experience with HDR10. 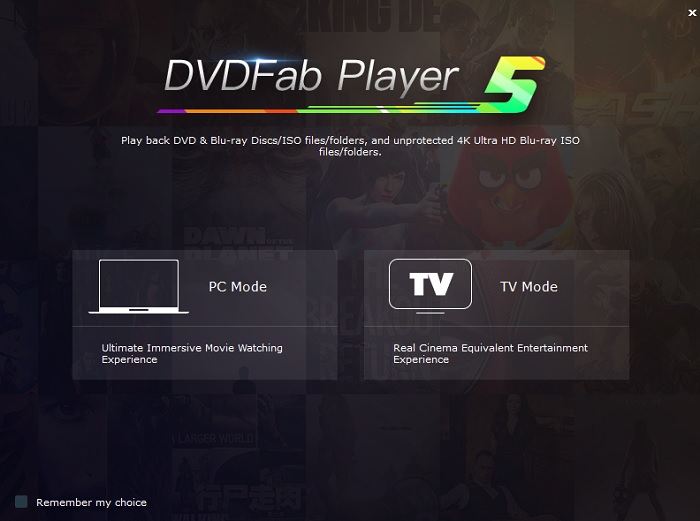 When it comes to playing WMA with a trusted WMA music player then Windows media player is not a new name. It has been around us since a long time and has remained the default WMA music player for Windows computers. Apart from playing WMA the Windows media player can play all the common audio formats. You can create your own playlists, cast your music, RIP CDs, and use plugins.

Groove Music is also owned by Microsoft. And if you are not willing to install a third-party WMA music player then go for this. Groove music is easy to use and provides all the basic player controls like shuffle, repeat, volume controls, next and previous song selection. You can also create playlists with Groove music and easily manage your music categories. It also lets you manually set directories for WMA music files. So if you just want to play WMA files only then you can add a directory in the ‘Settings’. This way you can skip unnecessary directories that may flood your player. It also has got a basic equalizer in the ‘Settings’ that you can customize to adjust the bass and treble effects. 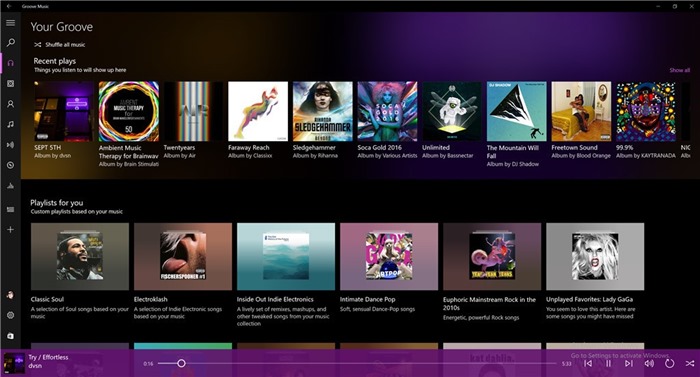 Media Player Classic is free media player for Mac and Windows 10. It is a nice WMA music player and plays all other audio formats. It has a basic user interface which resembles the classic look of Windows media player for Windows 98. With media player classic you can create playlists, switch audio renderer, directly play music from DVDs and CDs. It also lets you apply external audio filters in ‘Advanced Settings’ if you know how to use them. 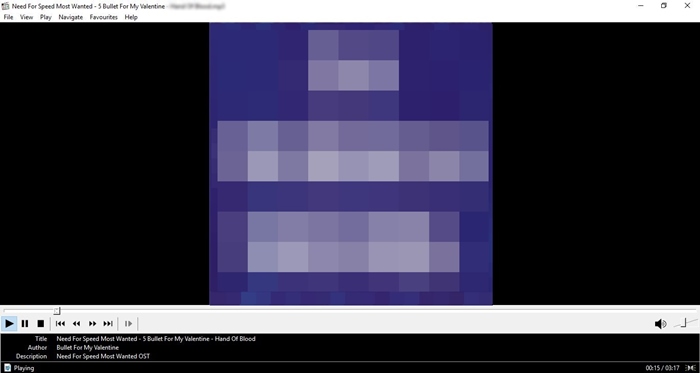 If your WMA music files are scattered across your computer’s hard drive then AIMP WMA music player is a good option to bring all of them in one place. Yes, AIMP organizes your music files from multiple directories. With AIMP you can play all the common audio formats. If you try some uncommon audio formats then you have an option for using plugins. Just like any other music player you can create playlists with it. 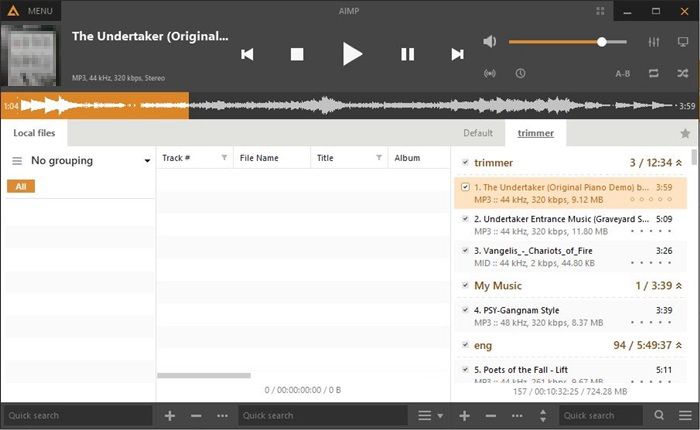 Please don’t get confused after having a view of Media Monkey’s UI. Yes, it looks similar to Windows media player but it is not its replica. Media Monkey is a nice WMA music player with a quality support for all other audio formats. With Media Monkey you can also stream online WMA/music. Just like Windows media player you can rip and burn WMA CDs. It has the ability to turn your Android smartphone in to a remote control for its player controls. 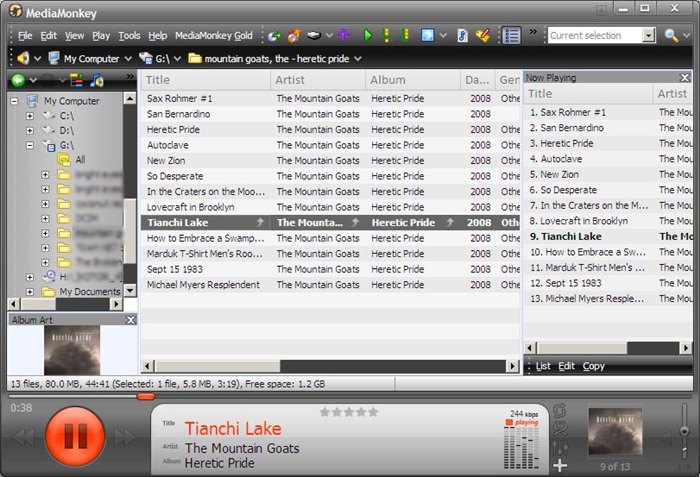 If you are looking for a minimal WMA music player with UI customizations then check out Foobar2000. It is a lightweight WMA music player and minimal user interface. It plays a wide range of common audio formats and downloads meta-data for music files from the internet. With Foobar2000 it is easy to create and manage playlists and it senses any changes done to your library automatically. With Foobar2000 you can use external plugins for advanced music features. Just like Windows media player you can RIP music CDs in Foobar2000. 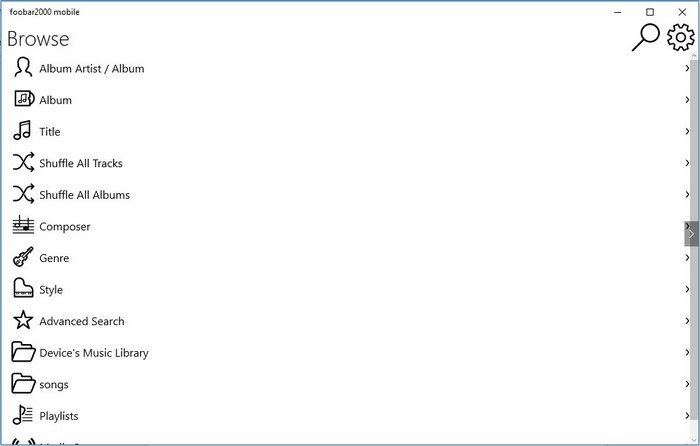 Clementine is a nice option for playing your locally stored WMA music as well as music stored in cloud storage. It is easy to use with a minimal UI and provides a built-in music browser for finding music locally and in online cloud accounts. For online cloud accounts sign in is required which can be done from within Clementine. It also lets you use your Android phone as a remote to control the player. Clementine WMA music player can be downloaded on Windows, Mac, and Linux. 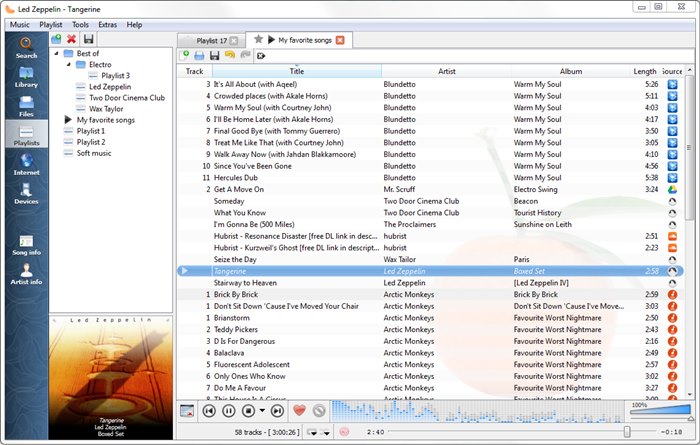 Winamp is nearly 20 years old and has gone extensive refinements over these years. Winamp has such a UI that deserves to be called a true music player. Apart from playing WMA music, Winamp can play all the audio formats like MP3, Flac, AAC, WAV etc. Creating playlists in Winamp is super easy. It creates its own music library by importing music from local directories. Winamp also supports online music streaming. I bet you’ll definitely love its UI and features. 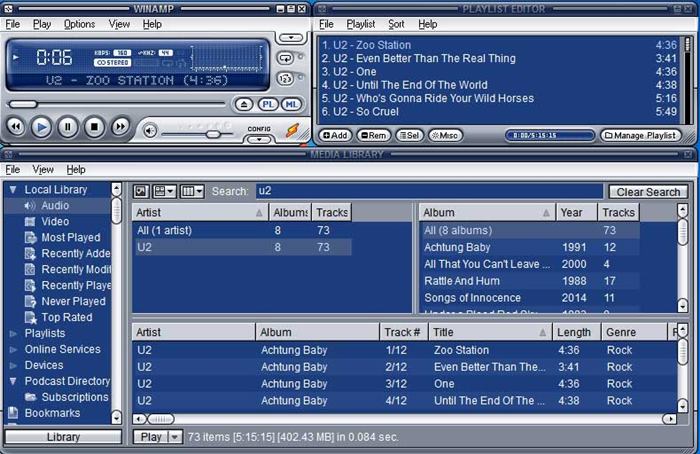 So, which WMA music player are you going to choose? No hurries, just try each and every WMA music player listed above to find the best one. But don’t forget about DVDFab player 5, it is the only best option for all kinds of audio and video entertainment. DVDFab player 5 is designed for a complete entertainment on your TV or PC. It supports 4K UHD formats, 3D formats, and other multimedia formats. DVDFab Player 5 is capable of delivering the ultra-highdefinition entertainment on your TV/PC screen that your eyes may be craving to watch.

From the post, you have known some best of WMA music players. As a music lover, do you always listen to music on YouTube? Then do you know how to download music to an MP3 player from YouTube? Here we would like to provide some suggestions we have tried best. 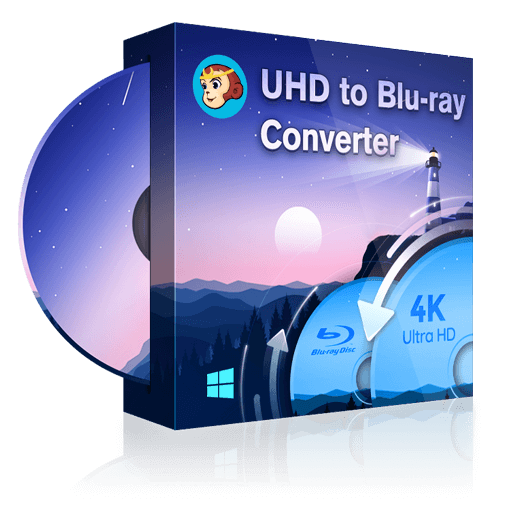