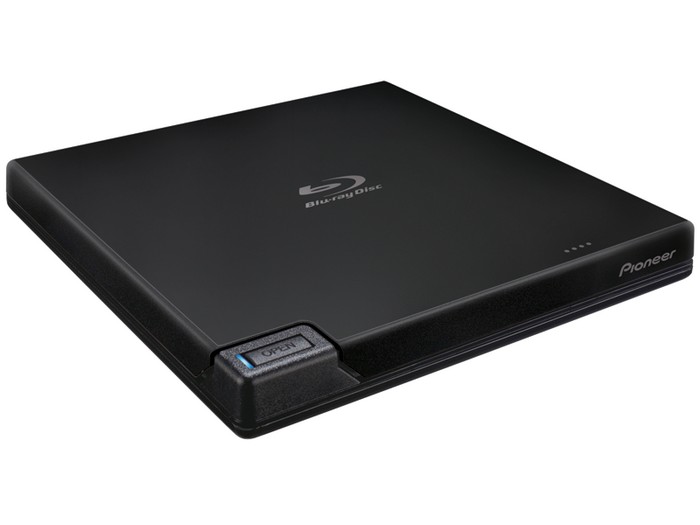 This is the best Blu-ray player for laptop you can get in the market. It supports true USB 3.0 and BD-R QL. Support for USB 3.0 means it provides more power to the external player and transfers bigger data packets meaning fewer transfer cycles for your CPU. This Blu-ray player for laptops supports standard USB Mass Storage protocol with MMC-5 SCSI command set. You don’t need to install a separate driver for your OS to work with this drive. It also comes bundled with PowerDVD which means you don’t even need to buy a separate Blu-ray software for your laptop. 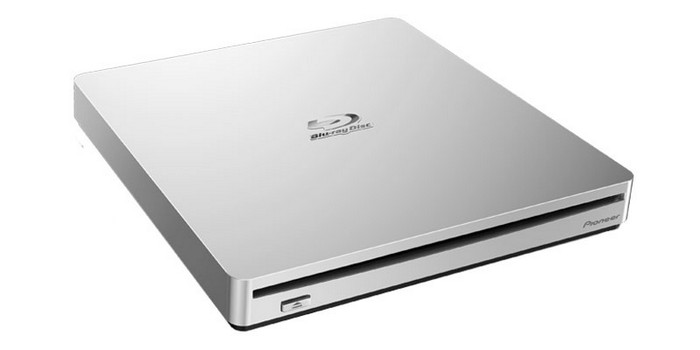 This Blu-ray player for laptop lets you watch Blu-ray disc titles as well as write such content to the discs. This player can read BD-ROM discs, read/write to single, dual, triple, and quad-layer BD-R discs. It is powered by a USB 3.0 cable and doesn’t require a separate adaptor. It can burn and read BD Dual Layer (DL) at a maximum of 6x speed. The drawback of this is that there is no pin-hole or button to eject the disk and has to be done from the software and the other that it comes without a Blu-ray player software which you will have to buy separately. 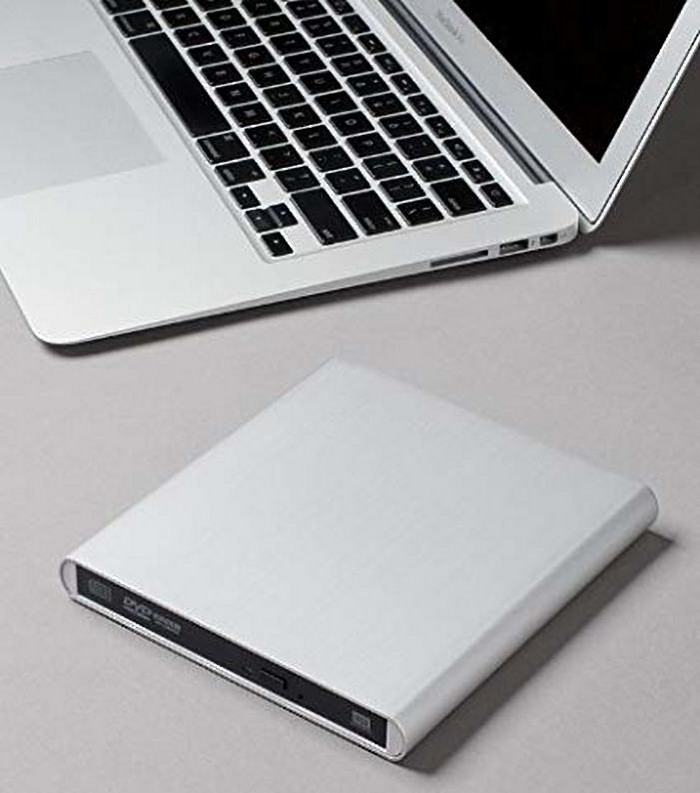 This Blu-ray player for Mac laptops lets you play/write Blu-ray discs but you will need a Blu-ray player software as well to use it. There is no driver requirement and as soon as you plug it in, you should be able to see the drive mounted on your Mac. It needs connections from 2 USB ports to power it up and for data transmission. The player is lightweight and small enough to be carried in a bag.

Most common media players can’t play Blu-ray content and even those who somehow manage it, lag in properly utilizing the full potential of the video or audio quality. So it is quite important that you have a professional grade Blu-ray player for laptop.

DVDFab Player 5 Ultra edition is a complete Blu-ray player solution for your laptop. It supports Menu playback on both regular Blu-rays as well as on 4k Ultra HD Blu-rays. It can play 4K UHD and HEVC (H.265) videos with genuine HDR10 content and high-resolution audio like Dolby Atmos, Dolby TrueHD, DTS-HD Master and DTS:X, etc. 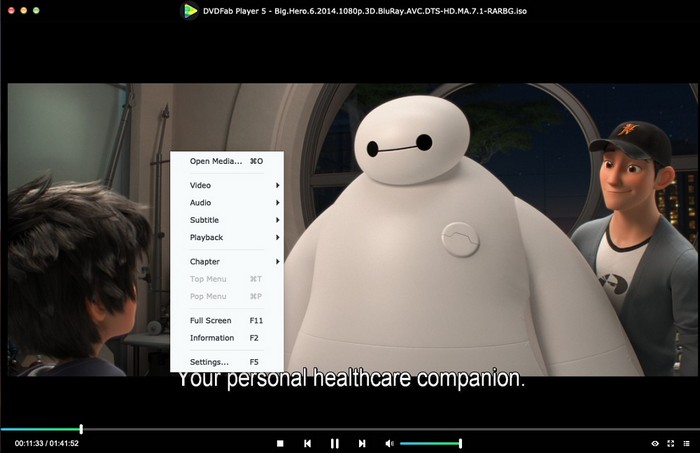 This Blu-ray player for laptop is available for both Windows and Mac and comes from a company which has years of experience in audio and video engineering. The player is highly stable, offers compatibility with a variety of multimedia formats, supports playing of Blu-ray files whether they are in form of ISO, file or on a disc. It opens a 4k Ultra HD Blu-ray disc 5 times faster compared to its competitors.

If you want to play your Blu-ray media on the laptop you can choose its PC mode or if plan to connect to your television you can choose the TV mode for an audiovisual experience comparable to watching a movie in a theatre. If you own an HDR10 capable screen or a 4k TV, you can toggle the DVDFab Player HRD10 mode to enjoy a better resolution, contrast, better color depth and faster frames.

Just like on YouTube, DVDFab Player 5 supports navigational support on all types of media files, be it 4K Ultra Blu-rays, DVD or common video files stored on your laptop. 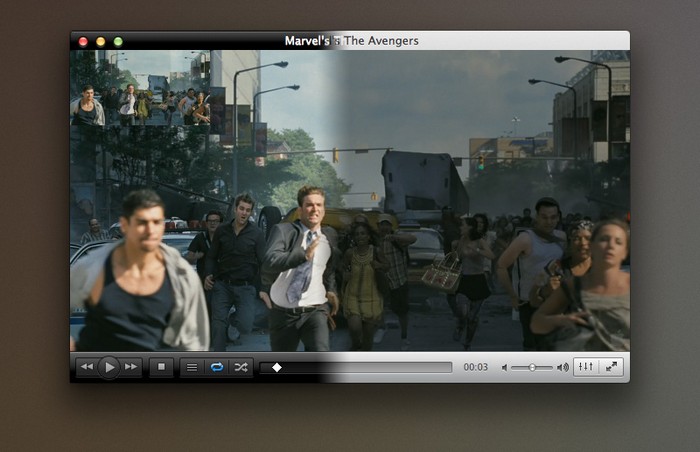 If you want a Blu-ray player for laptop for free, the VLC media player is the best utility in that case. The VLC Media Player is available for Windows, Mac and for various Unix distributions. VLC 2.0 and above versions come with high-end features that can help you play or stream Blu-ray ISO or file on your laptop. However, unlike DVDFab Player 5, there is no menu or navigational support in VLC Media player. Also, you might not be able to play commercial Blu-ray media on this Blu-ray player. 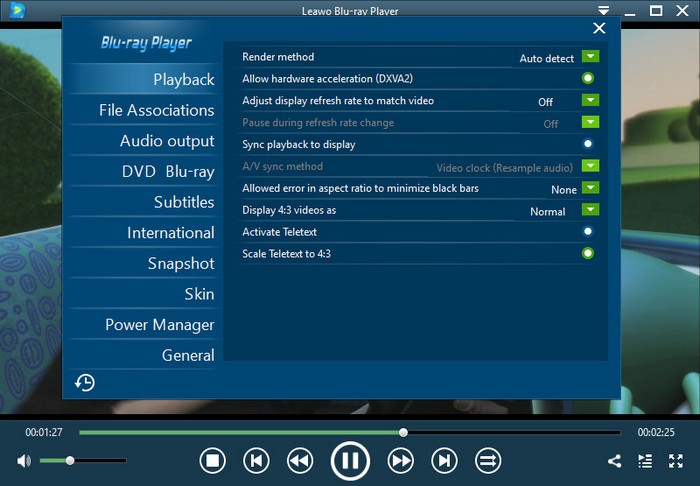 This Blu-ray player for laptop is available for Windows Vista, XP, 7, 7, 8, 8.1, and 10 and the Mac version plays BD videos on macOS High Sierra. Connect your laptop with a home theatre to magnify your audiovisual experience by playing your Blu-ray files on this software. It user interface is aesthetically cool and is very friendly for even a beginner. It comes with full navigational and playback controls along with the common features like the ability to add subtitles, change audio tracks, modify software skin, change the language and even modify the background picture.

The only limitation is that it supports videos of only up to 1080P HD quality. It means you can’t play 4k Ultra HD Blu-ray media using this player.

So these are our picks for the best Blu-ray players for laptop both as hardware drives and as Blu-ray software players. We hope you have found your right pick from these. Then would you like to play a 4K Ultra HD Blu-ray on a common Blu-ray player?  Click the link to get more details.

Burn any videos to standard Blu-rays