Summary: Here we have compiled the list of the best MP4 players for Windows, Mac, Android and iOS for you to enjoy your MP4 files on all your devices freely.

It is either from your cameras, smartphones or any other videos streaming sites; we have dozens of videos which we wish to play over and over again, right? Downloadable to be viewed later or be able to play any movie with crystal clear and crisps images, your device; either it is Window, Mac, Android or iOS; it definitely requires a video player to produce some real eye-catching quality for you to enjoy your MP4 videos at their fullest. Although your devices do come with default media players but for relishing videos that come under the category of truly exotic one, you surely need to get your hands on extraordinary MP4 player software for you.

Surveying the internet, you may come across with numerous media players delivering excellent performance with multiple exciting features and easy to use interface. Some of these MP4 players are free; however, there are some for which you have to pay certain annual/monthly amounts. Analyzing and testing, it sometimes becomes extremely hard to pick out the best one. Therefore, looking for the ones with various format options and high definition supports, here we have compiled the list of the best MP4 players for Windows, Mac, Android and iOS for you.

Time for a little sneak peek into the best MP4 player for your Windows or Mac!

DVDFab Player 5 is probably the World's Best 4K UHD Media Player. This magnificent player comes with Menu and HDR10 support on 4K Ultra HD Blu-rays. It offers an exclusive media entertainment experience with high level of stability and compatibility. DVDFab Player 5 not only can play DVDs, Blu-rays, UHD Blu-rays but also can play various videos including MP4 videos. If you’re looking for MP4 Player then DVDFab Player 5 is best for you to watch MP4 videos. 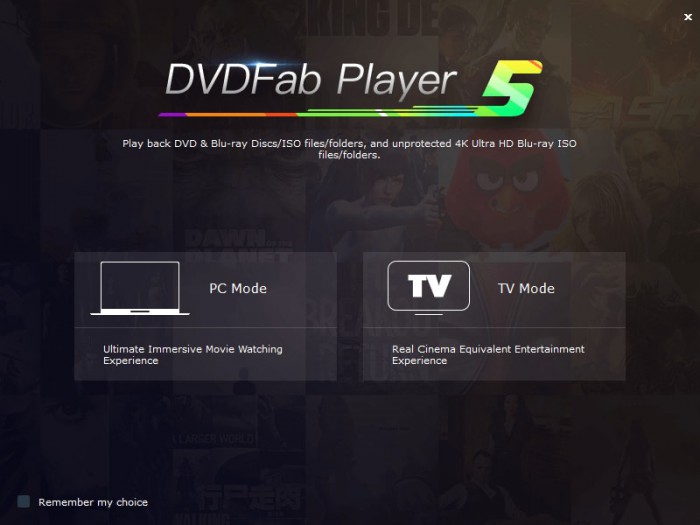 Do you use 4K UHD TVs and monitors? If yes then DVDFab Player 5 is just the player for you that let you watch videos in ultra HD quality and facilitates you with a number of other astounding and useful features.

To cater the needs of various users, DVDFab Player 5 offers one free and two paid versions.

On the other hand, if we talk about its second version, it is the Ultra edition providing a high-definition audio output with extra support on 4K Ultra HD Blu-ray playback with navigation menus, HDR10 display mode, and 4K UHD/HEVC (H.265) contents playback. You can try it by Downloadingthe free version.

Blu-ray Master Free Blu-ray Video Player is 100% free, having a simple and easy interface and is available for both Windows and Mac. This miraculous Blu-ray player is capable of playing any DVD disc and popular video file like MP4, MTS, MOV, AVI, WMV, MKV videos, etc. with great audio-visual effect. 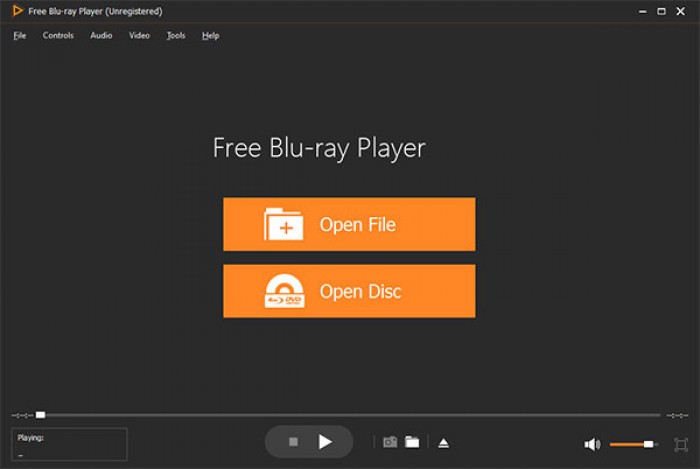 RealPlayer holds an explicit and outstanding repute or playing music and video in a wide variety of file formats like MP4. Exhibiting excellent video quality along with superb audio, it not only allows you to watch and download online videos but also let you share the media content with your family and friends via social networking sites.

•          It comes with multiple useful plug-ins for additional formats

MPlayer is undeniably a small MP4 Player, but it holds great potential and is indeed responsible for impress its users in a number of useful ways.

5KPlayer packed with amazing built-in features, 5KPlayer is an influential media player that offers a perfect blend of excellent video playback, and a fabulous UI. This is another good MP4 player. 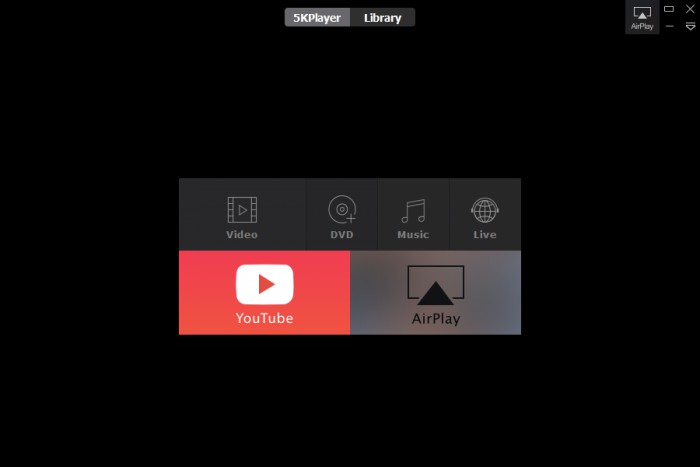 Next, we move on to the  best MP4 Player  suitable for Android/iOS. Based on some remarkable features, we have listed the top 5 MP4 players for Android and iOS for all video formats. Have a look!!

Are you a movie lover? Well, MX Player will be an excellent choice for you then. It supports all the necessary formats and also allows you to make adjustments in text style and colors if you want to do so. This video player encompasses HW+ decoder which helps in hardware acceleration. This is one of the top downloaded MP4 player on Google Play Store and iTuens App store. 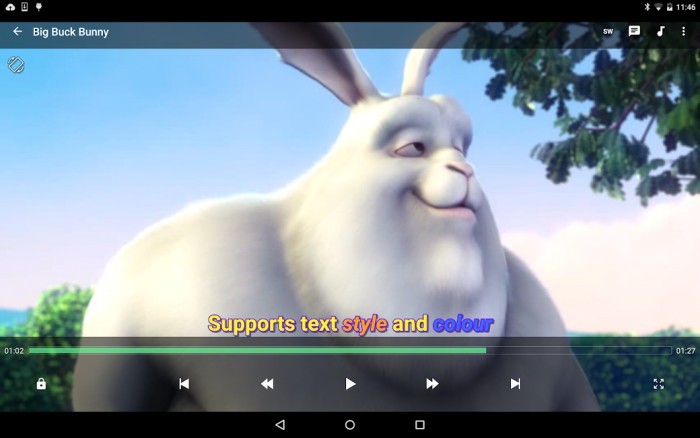 VLC for Android/iOS comes with a range of exciting features and supports an array of codecs. It is an open source Android/iOS MP4 player that can be utilized to play most local video and audio files, as well as network streams. 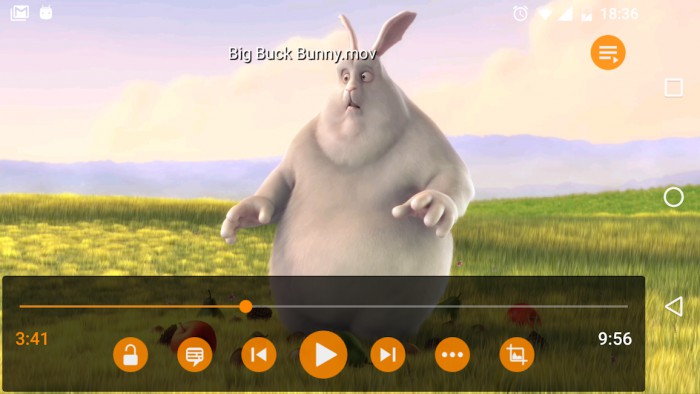 Translated into 90 global languages, BSPlayer is extensively used worldwide by Android users. It supports most video file types including MP4, AVI, FLV, 3GP, etc. and also the streaming contents such as HTTP live stream, RTSP, RTMP, etc. You can use it as a MP4 player to watch your favorite MP4 videos. 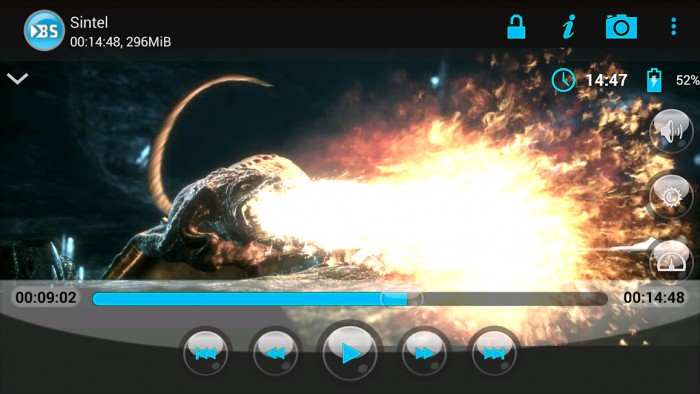 Highly customizable with multiple interface skins, KMPlayer offers numerous video filters along with screen capturing utility. It surely stands out with its rich and easy to use features. It is available for both Android and iOS devices. 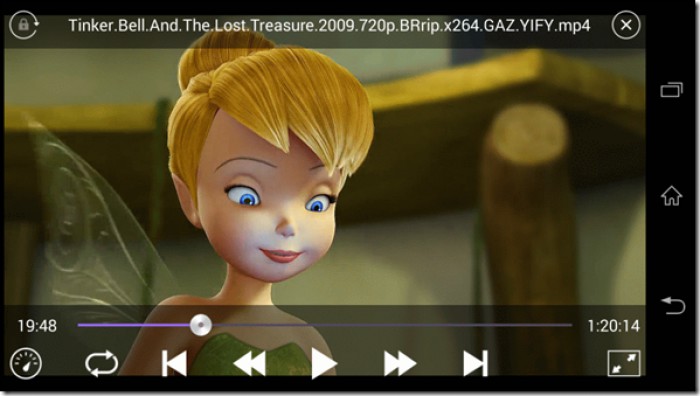 Being a user-friendly piece of software and supporting a large number of formats, MoboPlayer is one of the good Android MP4 player available. Its controls are very straightforward as it allows you to adjust the brightness and the volumes with a single swipe of your finger.

•          Support for almost every known audio and video file format