How to Convert Blu-ray movie to 4K TV with DVDFab Blu-ray Ripper for Mac?


As we know, 4K is the biggest thing in TV nowadays — literally. The format offers resolution four times bigger than HDTV, and is designed especially for large screen-size TVs. 4K TVs with screens as large as 85 inches (over 7 feet from corner to corner, measured diagonally) will give you ultra luxury video experience. Do you want to convert your Blu-ray collection for 4K TV, like Samsung UHD 4K Smart TV, Panasonic 4K OLED TV, LG 84LM9600 4K TV, etc.?

If yes, DVDFab Blu-ray Ripper for Mac, this up-to-date Mac Blu-ray Ripper software with 3D feature included will give all users a good solution to easily convert Blu-ray movies for 4K TV. Check out the instructions below to learn how to do that:

Rip Blu-ray for 4K TV on Mac: Step 1 -> Download and install the latest DVDFab 9 onto your computer;

Rip Blu-ray for 4K TV on Mac: Step 2 -> Launch DVDFab 9, choose Ripper from Option Bar on the Main Interface, then load the Blu-ray you are about to convert; 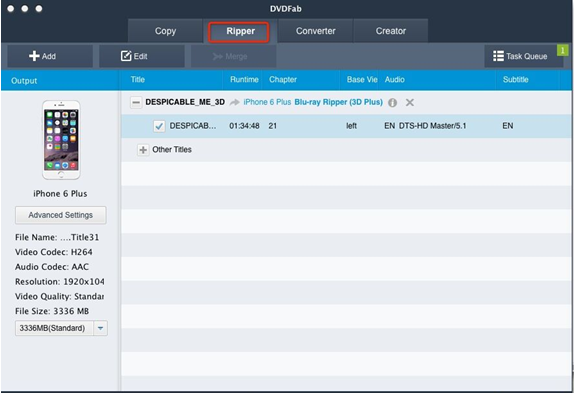 Rip Blu-ray for 4K TV on Mac: Step 3 ->Select the movie titles, audio track and subtitle stream you want to keep in the output video on the Operation Window, click the profile switcher at the upper left part to find a 4K video format following: Format -> Video, from the profile library and press "OK" button. We take “MP4.4K” option for example. 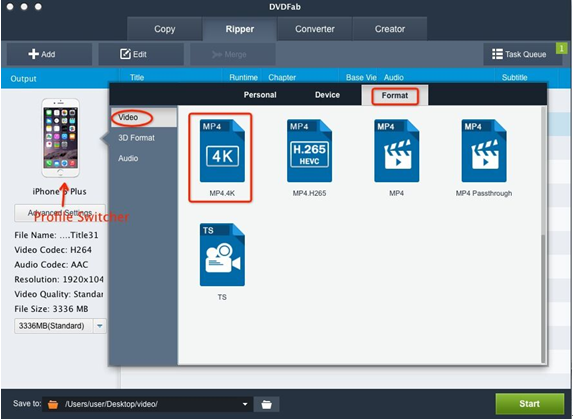 Rip Blu-ray for 4K TV on Mac: Step 4 -> Click “Advanced Settings” button under the profile switcher to do corresponding settings regarding to video, audio or subtitle. 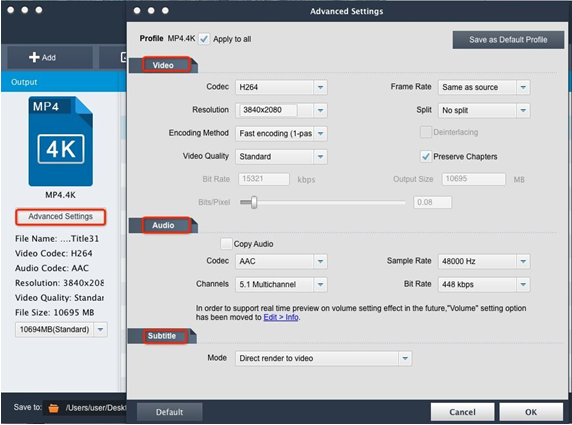 Rip Blu-ray for 4K TV on Mac: Step 5: Click the “Edit” button at the upper part of DVDFab main interface if you would like to do some simple editing for the output mp4 4k video, such as trimming, cropping, adding watermark etc. When everything is what you want, click the “Start” button to start the Blu-ray to 4K TV conversion. 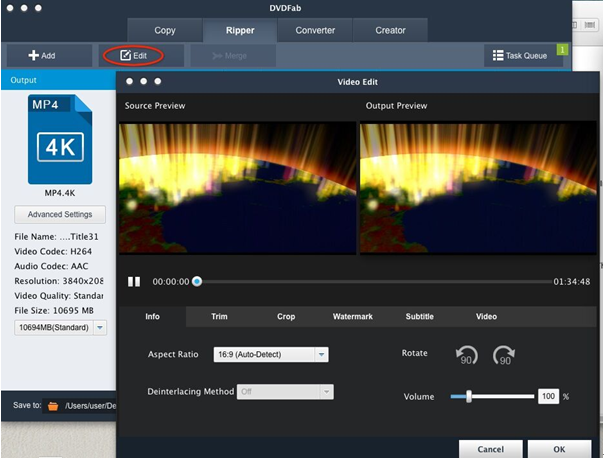 As a note: Compared to normal MP4 option, it will take much longer time to convert the same Blu-ray movie to MP4.4K. However, it is worth of waiting in order to get high-quality 4K videos.