With Xbox One Media Player, you can play almost any media files, just like you would play them over a software media player. What video formats can Xbox One play? You need to figure out Xbox video formats supported before playing your media files. In specific, the Xbox One Media player supports most of the popular video, audio, and image formats used by consumers. Apart from the MPEG formats, it also supports the not-so-popular formats like 3GP, WAV, and M-JPEG. And talking about image formats, almost the entire range from animated GIF to TIFF is supported.

That said, how do you locate the Xbox One Media Player app and use it?

If for some reason you aren't satisfied with the functionality of the official Xbox One Media Player, check out the following list of best Xbox media player alternatives.

Among all the existing Xbox One video player alternatives, DVDFab Player 6 comes out first. It is designed as the best 4K media player that adopts state-of-the-art technology to bring users the utmost playback experience. 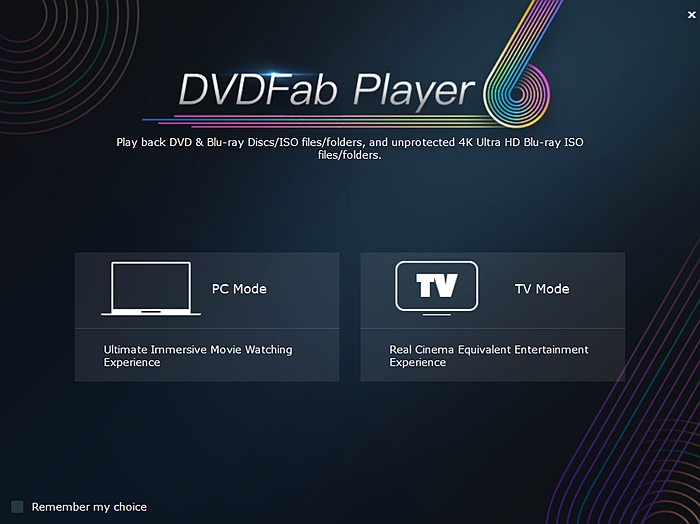 As a region-free DVD player and region-free Blu-ray player, this 4K video player deserves its name as the best 4K media player that can play all kinds of media files, 3D contents from disc movies to regular video files.

How to play media files on Xbox One Free & Easily 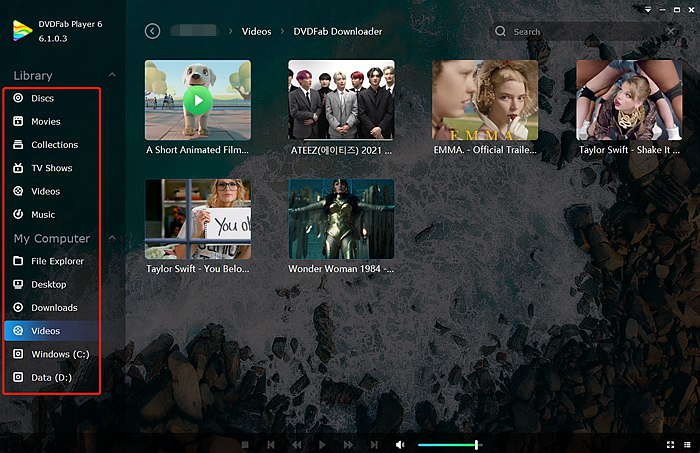 With this best media player for Xbox One, you can play MP4 and other media files including DVDs, Blu-rays, 4K Ultra HD Blu-rays, HEVC videos, 3D contents, on the Xbox One game console instead of watching game videos. Aside from being a media player, DVDFab Player 6 can be the best file manager to organize and manage your media files. Never miss out on such a full-featured Xbox One movie player.

Similar to Xbox One, many people want to know the answer to does PS4 play 4K?  Read on for more details. This Xbox One MP4 media player will offer you an optimal viewing experience.

Fair enough, you could plug in a pen drive with a movie file into Xbox One to play through the Media Player. What if you want to play a DVD? It would be possible via the Blu-ray Player.

The Blu-ray player app allows you to play Blu-ray and DVD movies on your Xbox One based on the Blu-ray/DVD region it's manufactured for. The Xbox One Blu ray app player also supports 3D Blu-ray if played on 3D television.

Here are the steps to install the Xbox.media Blu-ray Player a useful media player for Xbox One.

An easier way would be to insert your DVD or Blu-ray into the Xbox disc tray.

The Blu-ray Player app would appear on the menu. Select it and you can proceed to download it to your Xbox One. You’ll now be ready to play your favorite DVDs or Blu-rays over Xbox One just like you would do over any DVD/Blu-ray player.

Have you thought of VLC for Xbox One? VLC requires little introduction. It's an app or a program that one turns to when a particular media file format is unplayable elsewhere. It has often been referred to as a Swiss Army Knife of AV playback. With it, you don't have to worry about downloading additional codecs or plugins. Version 3.0 has added DVD/Blu-ray playback functionality and this would make it an ideal media player for Xbox One. Just install VLC on Xbox One game console to proceed with media playback.

So, if you want something with a ring of familiarity and a slew of useful features, then you should opt for VLC as an Xbox media player, especially if you're concerned about playing digital media files. This VLC media player Xbox One helper can satisfy your simple needs when you want to play regular media files.

If you have an external storage device containing media files connected to your Xbox, VLC can detect and play them over your HDTV. VLC will also qualify as a good Xbox media player subtitles with its excellent support for subtitles.

Now you have known the best media player for Xbox one when it comes to playing all sorts of media files. If you want to look for thrill and feeling of freshness, turn to the Xbox One media player apps since they have different features that can meet your personal needs. Among all three options, DVDFab Player 6 will be your top priority.

By the way, if you aim to watch 4K videos on a home theater system, you can upscale video from 1080p to 4K with an AI-based video enhancer program. It offers a free trial to enhance the video quality in all respects. Act now to have a try! 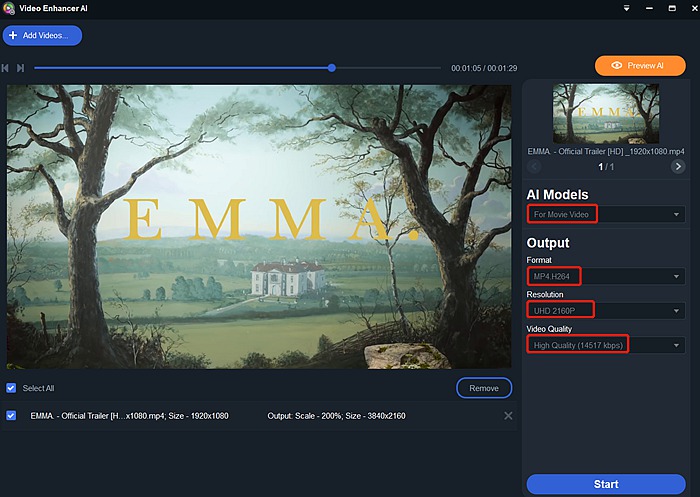 With this video enhancer, no need to worry about the poor video quality when you are trying to play MP4 on Xbox One.

3-in-1 video converter to convert & edit videos or audios