Want some 3D AVI videos to play on your 3D devices? Why not convert your 3D Blu-rays into 3D AVI videos on your Mac computer? With the help of a Mac Blu-ray Ripper software, you can do it at home on your own computer, and it produces very good image quality and what’s more, you can choose to output different video formats,

Want to know the details of that process? Just check this guide out:

Rip 3D Blu-ray to 3D AVI > Step 1: Download and install the latest DVDFab 9 for Mac onto your computer;

Rip 3D Blu-ray to 3D AVI > Step 3: click “Profile Switcher” which takes you to DVDFab Built-in Profile Library, and then select one profile from the Format->3D Format, according to what video format your 3D device is able to play back; 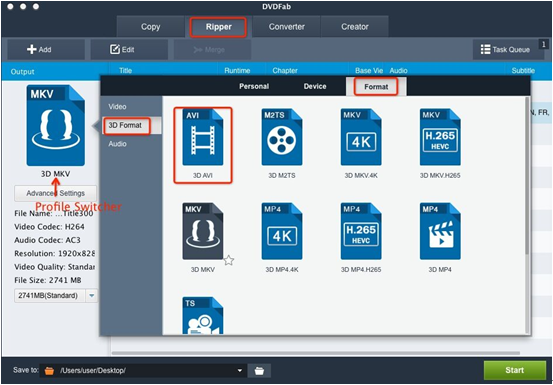 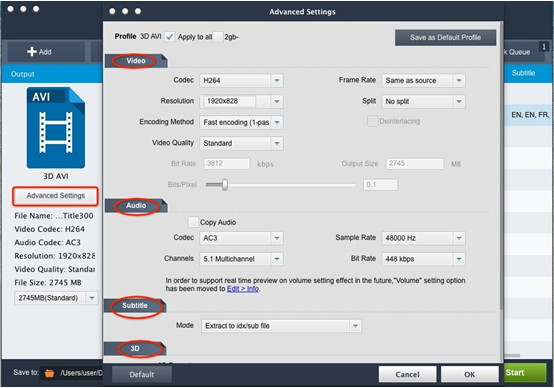 Rip 3D Blu-ray to 3D AVI > Step 5: Click the “Edit” button at the top of DVDFab main interface if you want to customize the resulting 3D video. After you have done here, return to the main interface to “Start” the converting process. 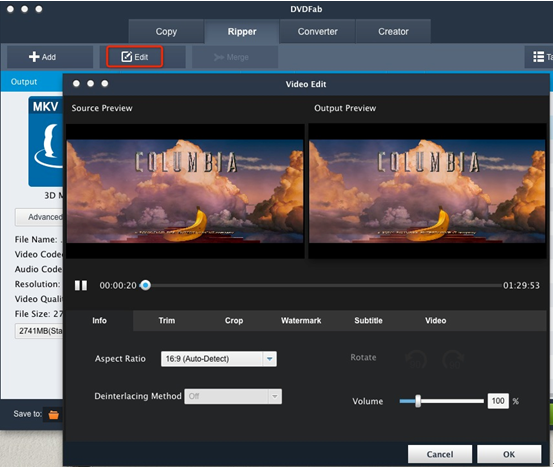 Note:the previous Blu-ray 3D Ripper has been integrated into Blu-ray Ripper. In other words, the redesigned Blu-ray Ripper now is capable to rip 3D Blu-rays into various 3D videos.