Summary: If you would like to listen to your favorite music offline. A better music player can do it. There are 10 best Android/Ios music players can work without WiFi.

People who truly love music want to be able to listen to their favorite songs anywhere and at any time. Obviously, that can be a bit of a problem if you’re using a music player that requires you to be constantly connected to the internet because even in this day and age you might sometimes be unable to find a good WiFi connection. Luckily, you can use a music player without WiFi to circumvent that little problem and continue listening to your favorite music even when you’re offline. But which app should you choose? Well, we happen to have 10 perfect recommendations for you down below. 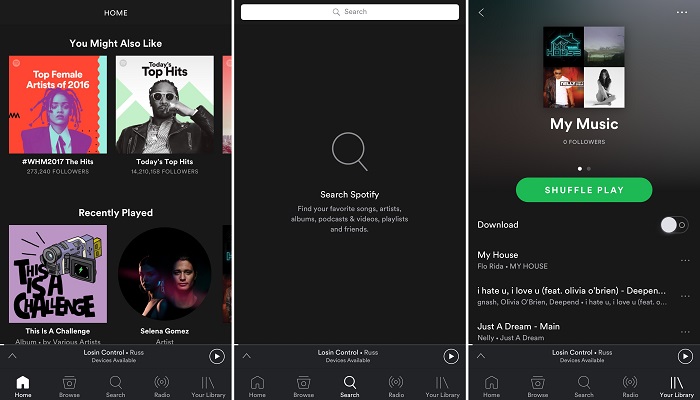 Spotify is one of the most popular offline music players on both iOS and Android, as well as a few other platforms. Ideally, you would want to use Spotify while connected to the internet in order to take advantage of its best features. However, the app does include an offline mode that allows you to create playlists and listen to them even when there’s no connection available. 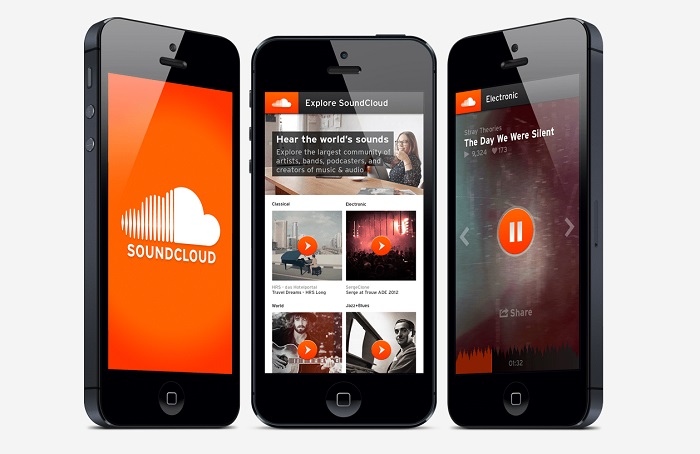 SoundCloud is another very popular choice not just for music lovers but for artists who create music as well. This is a music player that doesn’t need WiFi access at all times, but similar to Spotify, you will get more out of it while connected. That said, listening to your favorite music offline is definitely possible with this app, though you will only be able to save and listen to individual songs offline and not playlists without a Premium account. 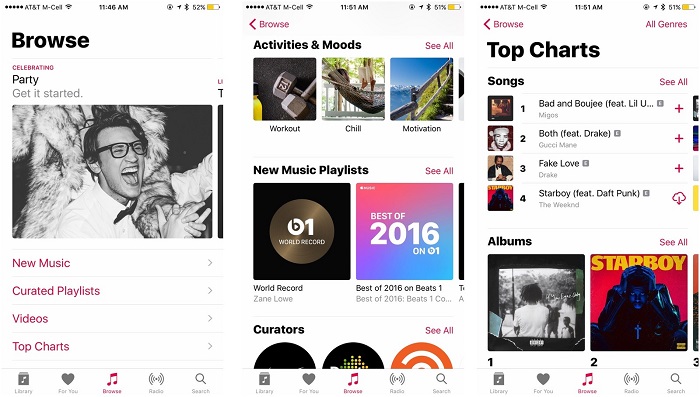 A great choice for any iOS user that wants to remain within the Apple ecosystem. The company develops apps for pretty much everything these days and music is certainly not an exception. In fact, Apple Music can also be used to watch videos and offers quite a few useful features to boot, such as cloud streaming. Listening to your favorite songs offline is not a problem either as the app makes it very easy for users to download both individual songs and full playlists and listen to them wherever they are. 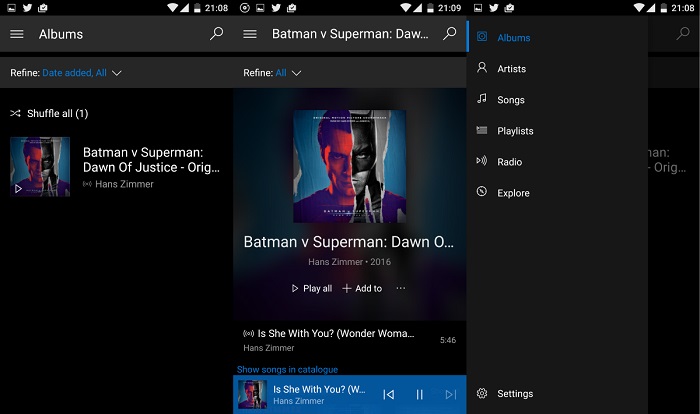 Groove is the default music player for Windows 10 but is also available to download for both Android and iOS. A great music player without WiFi, Groove is great at automatically organizing your music library and even adding relevant cover art when available. The player also includes a few basic social features and has one of the cleanest and prettiest UIs out of any app on this list, which is always a great feature to have.

Amazon offers pretty much any product you can think of, including millions upon millions of songs from artists across all genres. While it’s definitely not the cheapest option out there, this offline music player does have a lot to offer and gives you pretty much full control over the music you purchase. Once you buy a song, you can download it at any time to your preferred device and listen to it anywhere without having to worry about online connectivity. 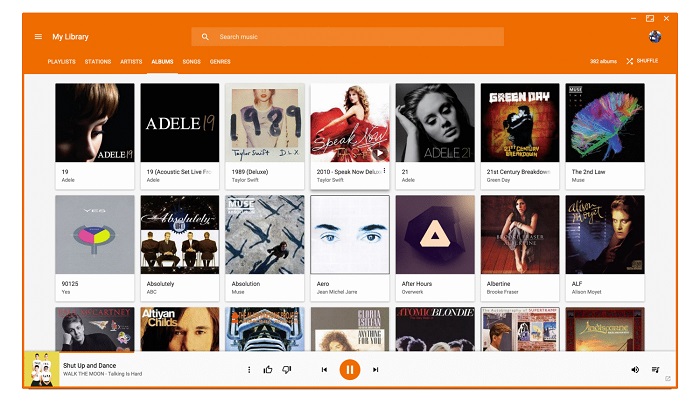 A lot of people overlook Google Play Music but this can actually be a fantastic option because it’s much more than just a simple music player. The app can also perform several other functions as well, including built-in radio, streaming, music discovery and purchasing, sorting, downloading, and more. In other words, it’s pretty much a complete package and you can easily use the music player with no WiFi whenever you want.

If you don’t like Spotify but want a different offlinemusic playerthat offers similar features, Deezer is always a great option. The service offers a very impressive music library that contains over 30 million songs and some pretty neat premium features for Premium members. The free version is pretty decent as well but the ads and poor sound quality does tend to get annoying after a while so we recommend this one only if you are willing to spend a few bucks for a subscription since the free version is not all that great. 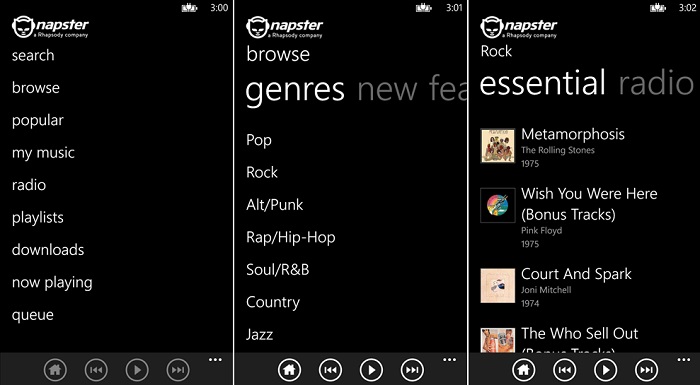 A truly old-school music player without WiFi, Napster has been around since the late 90s and was one of the first services of its kind. Needless to say, the app was able to amass a truly remarkable collection of songs over the years so expect to come across something new each day if you’re using Napster. The only real problem with the app is that there’s no free version available (just a 14-day trial) so you’ll need to fork out some dough if you’re planning to use it for the long haul. 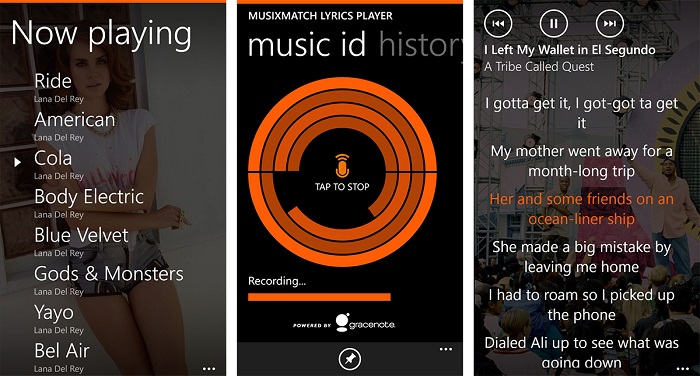 If you enjoy singing along while listening to your favorite music you’re going to absolutely love this one. MusiXmatch automatically searches for the lyrics of the song you’re listening to and includes a feature that allows you to remove the vocals so you can also use it as a karaoke app. The player can also be used to display lyrics from outside your local library, including your Spotify and iTunes accounts. 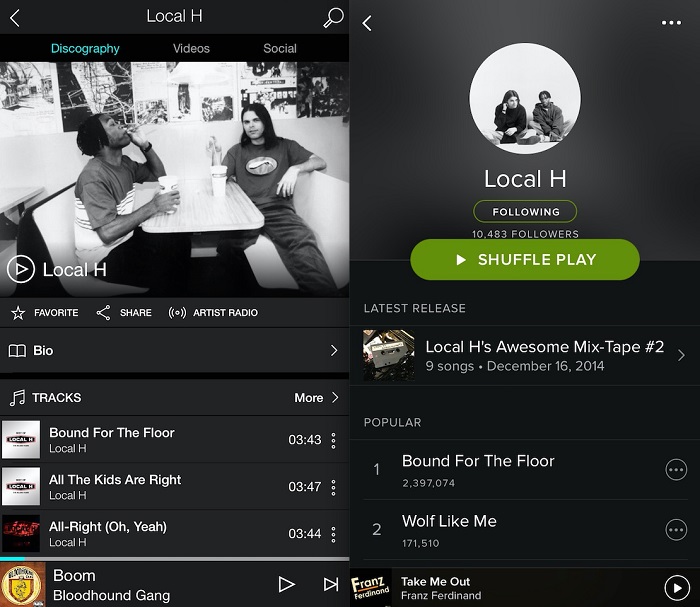 Tidal is by far one of the best offline music players for those who are very picky about audio quality. The app was designed with high-fidelity playback in mind so every song you acquire using the service is always guaranteed to sound great. As you can imagine, though, great quality comes at a price so don’t expect any free options, unless you count the trial of course. Using Tidal offline will prevent you from using some of its features but the app remains a good option for those with an unstable internet connection regardless.

Part 2: Convert Songs with DVDFab DVD Ripper to Make Them Compatible with Any Player

If you don’t like the idea of using a music player without WiFi you may want to consider an alternative option. DVDFab DVD Ripper provides a way to convert songs or videos from all your favorite DVDs to a format that’s supported by your built-in media player, or any media player for that matter. The software supports a wide variety of different formats and includes some nice editing tools that allow you to make adjustments to the content you want to rip and convert. DVDFab DVD Ripper is available on both Windows and Mac.

Using a music player without WiFi may seem a bit annoying at first glance but it’s not all that bad in some cases. A lot of the players on our list will continue to perform reliably when used offline and will generally only lose a few of the key features you may have gotten used to. The disadvantage of using any player offline, however, is that in all cases you’re going to need to download the songs so although you are saving valuable data, you are going to lose some storage space. Make sure to check beforehand if you have enough space on your device to store all your favorite songs, particularly if the songs aren’t MP3 files but a much larger format like FLAC.

Read here, hope you have found the best Android and iOS music player which best suitable for you. Then as a music lover, do you have a MP3 player software or app to play high-quality MP3 audios? Here we list the best MP3 player that you can use on your computer or smartphone. 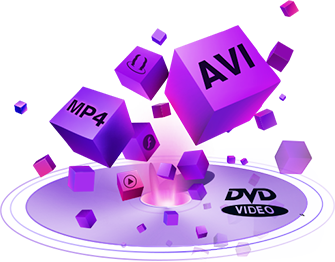