Why convert UHD Bluray to 4K MKV? The foremost reason for UHD Bluray to 4K MKV conversion is 4K UHD Blu-ray player is too expensive, while people want to enjoy high-definition videos with less money investment. Then why UHD Blu-rays? UHD Blu-rays are currently the highest storage standard for the best possible ultra HD entertainment. Available on 66GB and 100GB discs, they clearly support HDR, and HDR10 which is superior to the standard Blu-ray disc.

Druing this Blu ray to MKV conversion, if you still can’t find an internal UHD Blu-ray burner drive then you should have your UHD Blu-ray discs either as an ISO file or folder with DVDFab DVD Copy.

When you burn UHD Blu ray to 4K MKV, your PC should have at least an Intel Core i3/i5/i7 CPU with a decent graphics card from Nvidia or AMD. UHD Blu-ray processing requires powerful processing, so don’t expect serious performance from basic computer hardware.

Warm Tips:  when the existing firmware inside your 4K UHD drive is unfriendly and prevents your backup software reading and copying UHD content, it's highly imperative to use UHD Drive Tool to downgrade unfriendly firmware to UHD friendly drive version so as to copy or rip UHDs smoothly. 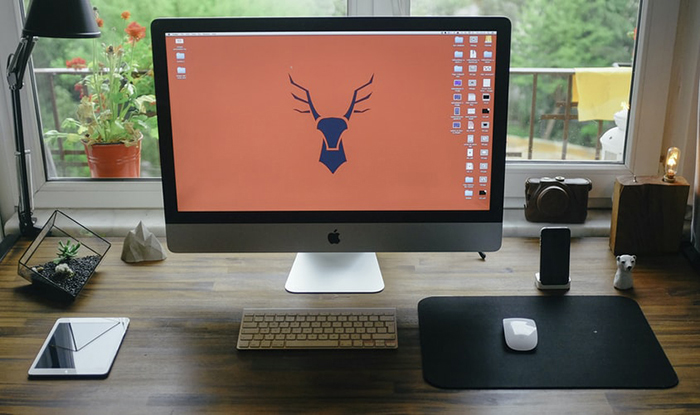 What’s a UHD Blu-ray ISO or a Folder?

If there is an encrypted UHD Blu-ray discs you can’t copy the folders manually unless with DVDFab UHD Copy to make the UHD folder for you by removing the disc encryptions.

Open the program and click the ‘Ripper’ function tab in the main UI.

Now if you do have a physical UHD Blu-ray disc, then simply insert it in the optical UHD burner and DVDFab 11 will load the disc automatically to help you rip Blu ray to MKV.

If you don’t have a disc then you must be having either a UHD ISO file or a UHD folder. Click the large ‘Plus’ button in the middle of program window or click ‘+Add’ to load the ISO or folder. Then continue to burn UHD Blu ray to 4K MKV.

After loading the disc, ISO, or a UHD folder, the main UI screen will look like this below. Please check the important labels in the image below.

Click the ‘Advanced Settings’ button featuring a "Wrench" to customize the video and audio, such as its resolution, frame rate, video quality, channel, sample rate, etc. You can select the ‘Copy Video/Audio’ check box to copy the video settings from the source UHD video/audio. "Advanced Settings" is of great help in UHD Blu ray to 4K MKV conversion. Don’t forget to increase the volume if your UHD movie has a low sound problem.  Click ‘OK’ to go back. Use this editor when you rip Blu ray to MKV.

Before UHD Blu ray to 4K MKV conversion, you can select the ‘Audio Streams’, ‘Subtitles’, and ‘Chapters’. Audio streams are multiple audio languages supported by the UHD Blu-ray movies.

See the image below to select. Click ‘Choose Other Titles’ along with the main movie title. Hover the mice pointer over any video title, this will show a green play button. Click the play button to check whether you are selecting the right video titles or not.

If you want to rip and merge multiple UHD Blu-ray ISOs and folders in  this UHD Blu ray to 4K MKV conversion, click the ‘+Add’ button to load your another UHD ISO files. Once loaded click the ‘Merge’ button just next to ‘+Add’ button. A popup will open showing you all the videos to be merged, click ‘OK’ to continue.

Notes : When you convert UHD Blu ray to 4K MKV, if you are merging multiple UHD Blu-ray movies then remember this has several limitations. You can’t use the passthrough profiles, your video can’t have more than one audio stream, and finally you can’t select ‘Copy Audio’, and ‘Copy Video’ settings in ‘Advanced Settings’ panel. So do take a note of this.

There is also an option of "Video Edit" you have not used. If you don't want, just decide where to save your "converted UHD Blu ray to 4K MKV" file using the option at the bottom. Then click the button of "Start" to rip Blu ray to MKV. Otherwise, follow the instructions below to add more video effects to your file.

The Video Editor embedded in  this UHD Blu ray to 4K MKV converter provides several editing functions like watermark, crop, trim, rotate, subtitle customisation etc. We will describe the video editing tools one by one.

(1) Text Watermark: When you convert UHD Blu ray to 4K MKV, use this tool to put a text watermark on your UHD Blu-ray movie.  Simply click the ‘Text’ button to add a text string and edit it yourself. Also check the watermark customisation options like change font, size, transparency, color, and formatting.

(2) Image Watermark: Do you want to add image to your video when  you rip UHD Blu ray to 4K MKV. Click the "Image" button and load your favorite image to be used as a watermark. Increase or decrease the image size by dragging the white edges of the image. Also check the ‘Transparency’ value in the settings panel.

(3) Trim Tool: Use the ‘Trim’ tool to remove any scenes while you convert UHD Blu ray to 4K MKV. First of all, bring the blue ‘T’ mark at the right position on the video timeline. Now click the ‘Trim’ tool button to add a trim section restricted two red markers.

Now move the blue ‘T’ mark outside of the current trim and place it at another position of timeline from where you want to trim the video next. Again, click the ‘Trim’ tool button to add a second trim section. Repeat these steps to add multiple trim sections when you rip UHD Blu ray to 4K MKV.

You can always click the ‘Trim Invert’ button to invert the trim selection. If you don’t select ‘Merge Trimmed Clips’ then you can have as many output videos as the trim sections that you applied. Use this option to merge all the trimmed clips in UHD Blu ray to 4K MKV conversion.

(5) Video Properties: Use this tool to change video properties like brightness, saturation, and contrast. Also it helps to rotate the videos to left, right, up, or down.

Now you just have finished editing your UHD Blu-ray movies and now click ‘OK’ to go back to the main UI. Click the ‘Start’ button to rip UHD Blu-ray to 4K MKV or other video formats.

Why convert UHD Blu ray to 4K MKV using DVDFab UHD Ripper instead of other third-party software. Let's explore from its features.

• Professionally developed while keeping the UHD needs of a user at high priority.

• HDR and HDR10 friendly. The HDR10 data doesn’t get lost after ripping.

You just have experienced a powerful UHD Blu-ray ripping software that does exactly what it promises. And this UHD Blu ray to 4K MKV converter also supports UHD Blu-ray ISO and folder. You will definitely love the way it gives the freedom to customize the audio and video settings. With such a highly versatile customisation options you can always see yourself as a power-user when it comes to customizing the audio and video settings for your 4K movies.