Summary: Can Wii play DVDs? This is probably the most frequent question asked by many Wii lovers. And you might be disappointed to find out that the answer to this question is No. But thanks to the advancement of technology, you can play DVDs on a Wii as long as you get the right method.

Before answering the question “can the Wii play DVDs”, we’d like to take you through the basic knowledge about it.

Part One: Brief Introduction to Wii

Released by Nintendo, Wii, as a home video gaming console, has been staying popular among gaming lovers since 2006 which is largely due to its family-friendly appeal and relatively low price. This video gaming console comes with many amazing features, such as the Wii Remote controller, WiiConnect24, and others. However, for some reason, Nintendo decided not to include the DVD playback feature into the Wii by encoding their games on disk in a way that rather different from the way DVDs are read. So the answer to the question of “can Will play DVDs” is No. But does this mean that you can ever play DVDs on a Wii? Of course not! Because thanks to the advancement of technology, you can play DVDs on Wii, not in a direct way though. Below we have prepared two methods for you to play DVDs on Wii.

Part Two: Methods to help you play DVDs on Wii

There are two methods provided for you to play DVD on Wii. Choose either of them based on your preference.

We know that Wii is a video console which means it can play videos, no question. So if Wii can not play DVDs directly, then we can rip your DVDs into a friendly video format supported by Wii. In this way, you can play your liked DVDs on Wii safe and more efficiently without downloading an extra hardware.

From this point, we highly recommend the DVDFab DVD Ripper.

What can this DVD ripper do?

Step 2: Load your DVD
To make the Wii play your DVDs, you need to locate the “Ripper” module, and then select the AVI format, after which you can load your to-be-played DVD. Insert your DVD disc if you have an optical drive on your computer. If you don’t, you can upload your DVD source by directly drag and drop. 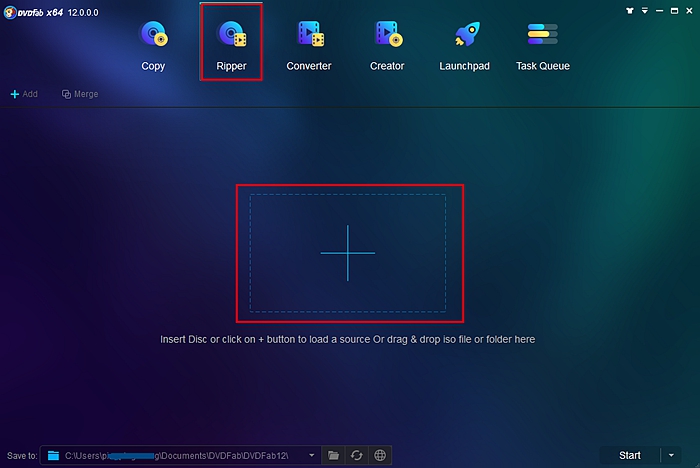 Step 3: Convert DVD to the Wii supported video
As soon as the DVD is loaded, you can see some buttons presented in front of you. Among them, the most two essential buttons are the “Advanced Settings” and the “Video Edit” button. 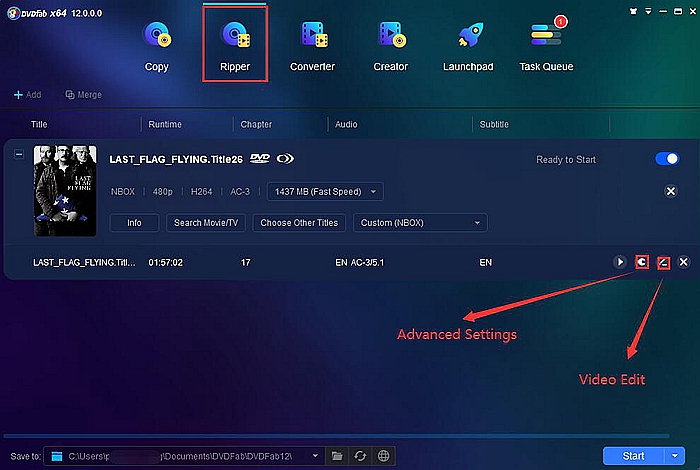 If you select the “Advanced Settings” option, then a new panel pops up from which you can set some parameters, such as codec, frame rate, resolution, etc. 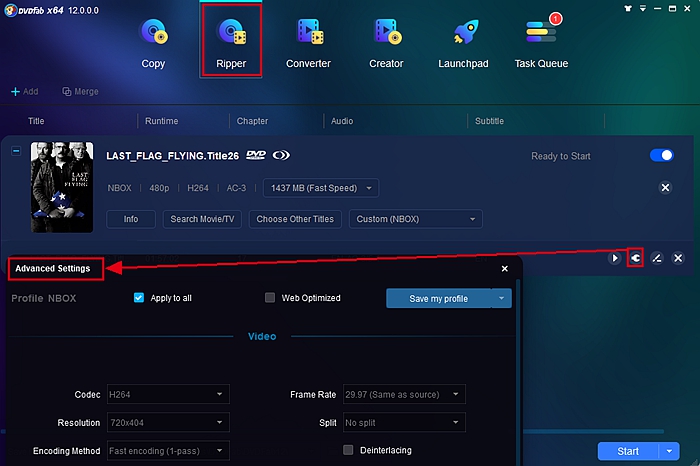 And if you click on the “Video Edit” button, you can customize your video per your liking. For example, you can add text, image, and even subtitles to it.

Step 4: Export the video
The last step is to export the video so that you can let Wii play the DVD you want to watch. The last thing that should be reminded is to head toward the bottom of the interface to choose a save location before you hit that “Start” button.

Note: Given that Xbox One is also a popular home video game console, chances are that you are using Xbox One instead of Wii game console. If you are still searching for a method to play your DVDs on Xbox One, you can click here to find out the method that teaches you how to play DVDs on Xbox One.

Up to now, you have grasped the best and most efficient method to play DVDs on Wii. The next method is also available but less safe and efficient than the former one. If you are interested, just keep reading.

Method 2: Play DVDs on a Wii by using the Wii as a DVD player

This is a free yet risky method. Yet it is reasonable that some risks come along when you are installing some unofficial and third-party software. So can you play DVDs on a Wii without ripping your DVDs? Yes. And you need the Homebrew Channel here to help you. During this whole process, your DVD menus may be hit or will encounter a situation where some DVDs can not be played.

If you show no care and still want to try this method, here are some certain things needed to fulfil what you want.

Steps to play DVDs on a Wii via Homebrew Channel

This is one of the most main tasks for fulling DVD playing.

First, connect your SD card to your computer and copy the “private” directory of the Twilight Hack on hard drive onto it. Don’t forget to copy the Homebrew Channel “boot.dol” file.

Third, there are two Zelda versions available: RVL-RZDE-0A-0” or “RVL-RZDE-0A-2”. Though both versions work, you’d better make sure you apply the right version.

Fourth, insert your Zelda game disc and start the game. You should see the Twilight Hack will save the game. Select it to start the game. Once you control Link, walk backward until the Homebrew Channel starts installing. A very short time later, the HBC will be installed and can be accessed just like any other Channel on your Wii.

Here comes the other main task to play a DVD by using the Wii as a DVD player after you have successfully finished the first step.

First, Pop the SD card out of the Wii and connect it to your computer. Then, you can delete the copied files in the first step and create a folder named apps. Copy the DVDX and DVD player directories into the apps folder.

Second, Eject your card and insert it back into your Wii. Turn on your video game console and launch up the Homebrew Channel. Run the DVDX installer app. When that starts up, select “Normal Installation” and wait for it to finish.

Put a video DVD into your Wii, then go back to the Homebrew Channel, and start the DVD player. To play your DVDs, you can opt for the “DVD-Video” from the MPlayer menu, and then hit the start button. After a few moments, your movie will load and you will be enjoying a feature that should have worked out of the box, to begin with.

Can the Wii U play DVDs?

Released on 2012, Wii U is a successor of Wii. According to its official website, the answer to the question of “can the Wii U play DVDs” is No. But it can be achieved by the methods mentioned above.

Wii can play Blu-ray discs on the condition that you have converted the Blu-rays into the AVI format with a Blu-ray ripper. Speaking of which you can check out the most qualified Blu-ray ripper software - DVDFab Blu-ray Ripper - if needed.

What is the best selling Wii game consoles of the year?

Here is a list show the best selling Wii Game Consoles of the year we have rounded up for you.

Based on the information in this article, you must have learned how to let the Wii play DVDs you like even though Wii can not be used to play DVDs officially. The only thing left to do is to pick up a method to try so that you can play DVDs on Wii and enjoy them better.